Caroline gets ready to hop aboard The Holy, Holy Bus 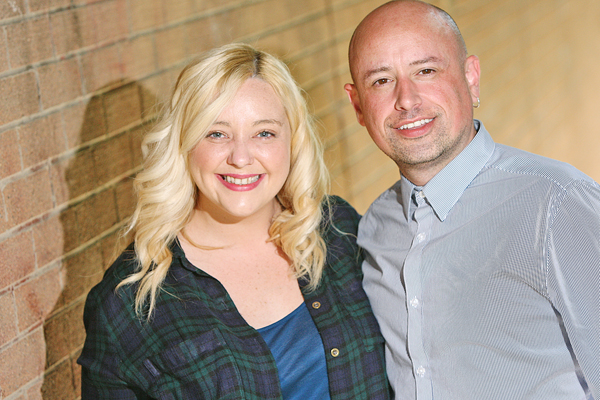 COMING off a four-week stint as the indomitable Maggie Muff in the final installment of the 50 Shades of Red, White and Blue trilogy, actress Caroline Curran tells me she is more than ready to board The Holy, Holy Bus, soon to park up at the Grand Opera House.

Written by Lenadoon scribe Pearse Elliott, the Brassneck Theatre production charts the journey of four women who set off once a year from their West Belfast parish to visit the ‘holy sites’ of Ireland aboard their minibus.

The play also stars Stella McCusker in the matriarch role of Lily, Roisin Gallagher as Sally and Claire Connor as Perpetua.

“I’ve a few days before we go into rehearsals at the Roddy’s club, the home of Brassneck,” explained Caroline. “It’s been flat out since the summer and I’m loving the pace. We first performed The Holy, Holy Bus at the Waterfront back in 2014 and had a stint at the Lyric last summer. It will be brilliant to bring it to audiences at the Grand Opera House in September.

“I play the character of Rita, a Protestant from the Shankill who hears about this particular religious pilgrimage from a friend and decides that this bus run is the one for her, that it’s going to be a geg. Rita is someone who is always up for the craic and lands at the departure point ready to go, carry-out and a back catalogue of songs to hand.

“Our band of four women are carrying their own baggage on this trip, both metaphorically and physically and I think with Rita she uses a lot of humour and sassiness to cover up a lot of sadness.”

Caroline continued: “The character doesn’t know any of the women at the start but she just roars in like a tornado and makes her presence felt. She and the driver, the character of Perpetua, who is very religious, are polar opposites and Rita is constantly trying to get through to her, she knows there is something underlying with her demeanour and makes it her mission to find out what it is.

“I think a lot of people will recognise elements of themselves in Rita. I’ve been on a good few religious bus runs and met people like her, they have the inclination to be holy, sing a wee song, say some prayers, but above they are there to have the absolute craic,” she laughed.

Caroline spoke of how delighted she was to be reunited with her castmates and Brassneck director Tony Devlin for the September run.

“I can’t even start to tell you how brilliant these women are, they are all magnificent actors and Tony keeps us in check.”

After the curtain comes down on the GOH run, Caroline will be straight back to work finishing her Christmas show which she has co-written with fellow actor Julie Maxwell, entitled Last Orders at the Rough Diamond.

“We will be back at Theatre at the Mill in December. The play is about two sisters, Holly and Ivy, who are trying to save their late father’s beloved bar by taking a gamble on local boxer – Short Leg Stewarty.

“I really am living the dream and loving every minute of performing and writing. It will be great to be back on the Grand Opera House stage. To have 1,000 people laugh and cry with you is incredible and I can’t wait to get back up there.”

The Holy, Holy Bus runs at the Grand Opera House from Monday, September 12 until Saturday, September 17. For ticket information visit www.goh.co.uk or telephone 02890 241919.