Cars torched in Glencolin, police seek motive while appeal is also made for information on Poleglass gun attack 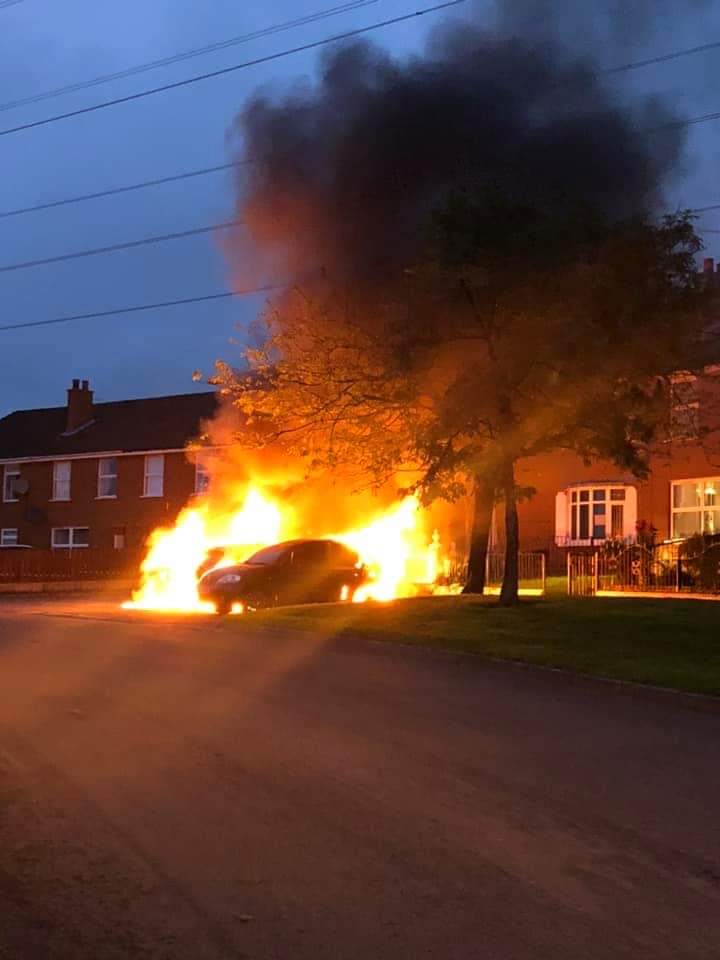 TORCHED: Cars of Sinn Féin members among those destroyed in arson attack.

Three cars were destroyed in an overnight arson attack in the Glencolin estate in West Belfast.

Solidarty to the victims off a disgusting overnight cowardly attack on three cars in Glencolin. Two off which belonged to local Sinn Féin cumann members. Thankfully no one was hurt, but this does not excuse this wreckless, despicable, anti-community act of vandalism. @LenadoonSF pic.twitter.com/QyxO5v13bK

While a motive for the attack is unclear, two of the cars belonged to Sinn Féin activists.

One person, sporting a high-vis jacket, was behind the attacks which took place around 4:30am. The Fire Brigade was called to the scene and helped douse the flames but all three cars were burnt out.

Local councillor Arder Carson has condemned the "cowardly" attack. "I condemn without reservation these attacks and those involved need to be held to account." He asked anyone with information to bring it to the PSNI.

It's believed one of the car owners is a veteran republican, the other Sinn Féin activist is a young woman. The third car belonged to a neighbour.

Meanwhile, the police have also called for information about a gun attack on a house in Dunmurry on Saturday evening. The attack in Pembroke Manor was carried out by two masked men.

Appeal for information after shots fired at house in Dunmurry pic.twitter.com/aaWre0J5r5