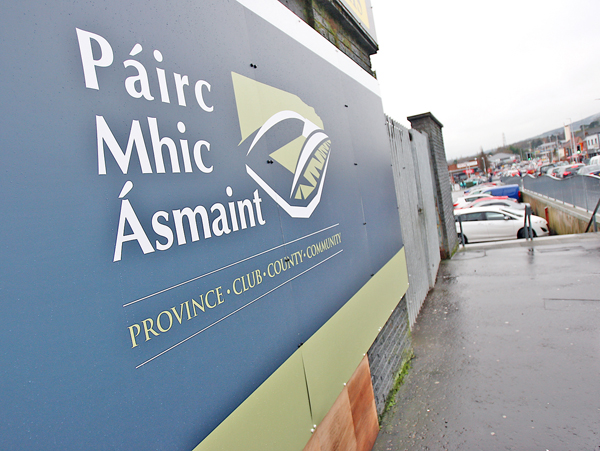 THERE’S growing concern about the future of Casement Park after the DUP yesterday took over the Stormont Department which is tasked with seeing the £77 million all-seater stadium built.

The DUP’s Paul Givan was named as Minister for Communities, a new Stormont department which has taken over from the old Department of Culture, Arts & Leisure (DCAL).

Plans for the new Andersonstown stadium have been dogged with problems since they first came to light.

Rugby’s Ravenhill and soccer’s Windsor Park have all had millions of pounds pumped into their redevelopments which have proceeded with relatively little fuss. When plans for Casement were first published it was envisaged that it would open by 2016 but as of yet no work has taken place.

Previously DCAL Minister Carál Ní Chuilín stated that money for the Casement Park redevelopment has been “ringfenced” by the Stormont Executive, but it’s now feared that with the changes at Stormont the process could drag on and the GAA in Ulster will be left without a new state-of-the-art stadium while soccer and rugby will boast the latest facilities.