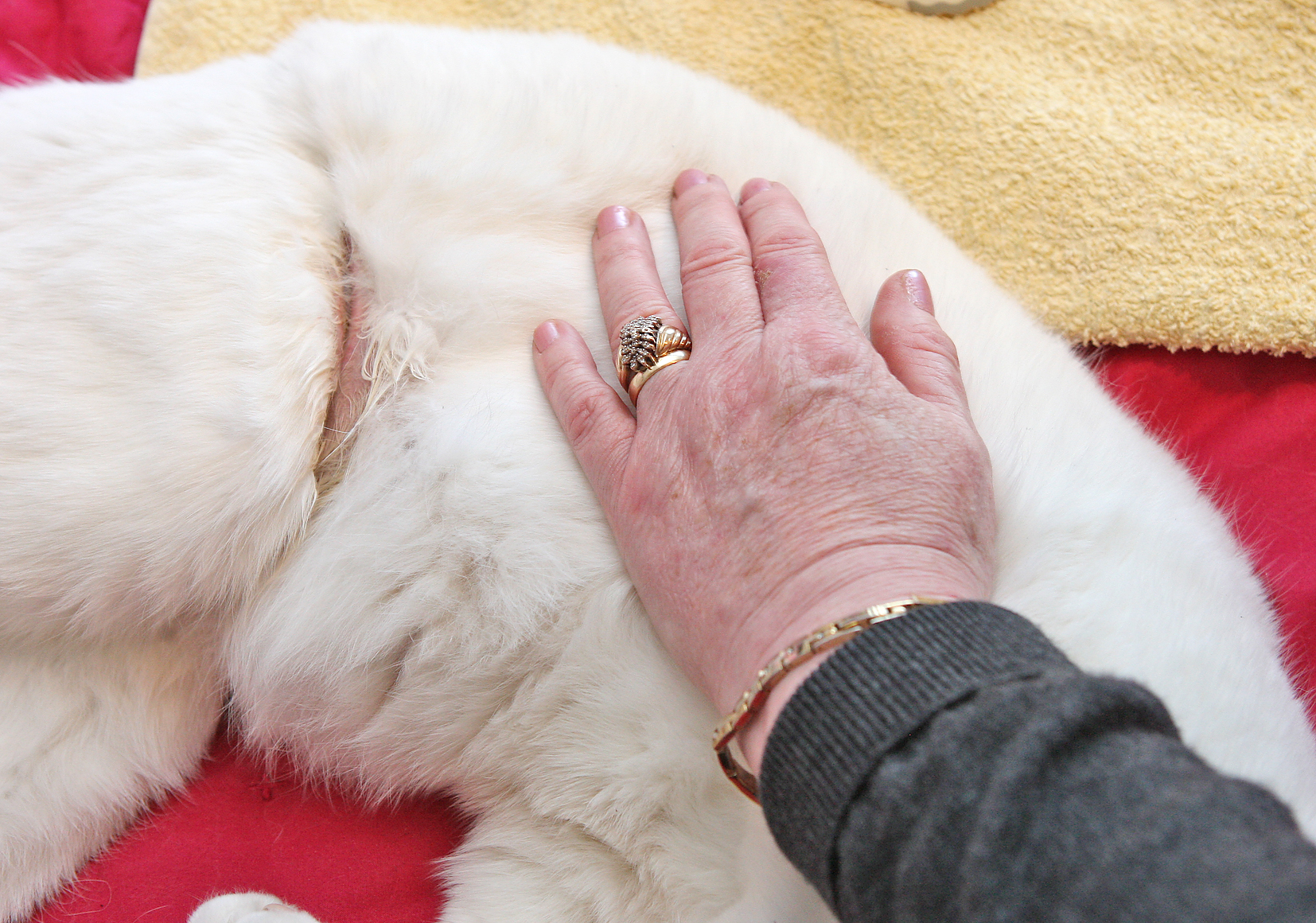 STILL ALIVE: Much-loved family pet Jude was caught in a wire snare for almost a week

A Glengormley woman whose cat was caught in a snare for almost a week causing horrific injuries has invited the person responsible to pay her a visit to see the damage they have caused.

Margaret O’Hara’s much-loved pet Jude went missing on Valentine’s Day and wasn’t found until almost a week later on the verge of death.

A Collinbridge family who live around half a mile from Margaret found Jude caught in a wire snare and got in contact after seeing local appeals for information on the missing pet.

“We had been searching all over Glengormley and had put posters everywhere and that’s how they got in touch,” said Margaret.

“My daughter Nichola and myself went straight round and as long as I live I’ll never forget what greeted us. I thought I was going to collapse. One eye you couldn’t see, it was just green gunge. He was black and the other eye was closed. We found out later he had eaten about three inches of his own tail away trying to get out of the snare. This is beyond cruelty.”

“The vet told us the snare had been pressing into his back. The more he struggled the tighter it got and it had damaged his kidneys because it was pressing down on them.”

Margaret says the vet believes the culprit lives close to where Jude was found.

“We were told that whoever had done it hadn’t checked the snare cause Jude had been in it for about a week. We’ve heard rumours about someone setting snares but that’s all they are. If I could speak to this person I’d tell them to come up here and see what they have done. When Jude was found he tried to crawl away from the man who saw him because he was afraid he’d been hurt again. It’s just a level of cruelty I can’t believe.”

Margaret is to report the incident to the police.

“This person needs to be caught and I would warn any other pet owners in the area to be careful.”

Jude is now on a course of antibiotics and is expected to survive.

“We’re told it will be a long haul but he will survive. He’s been very lucky.”