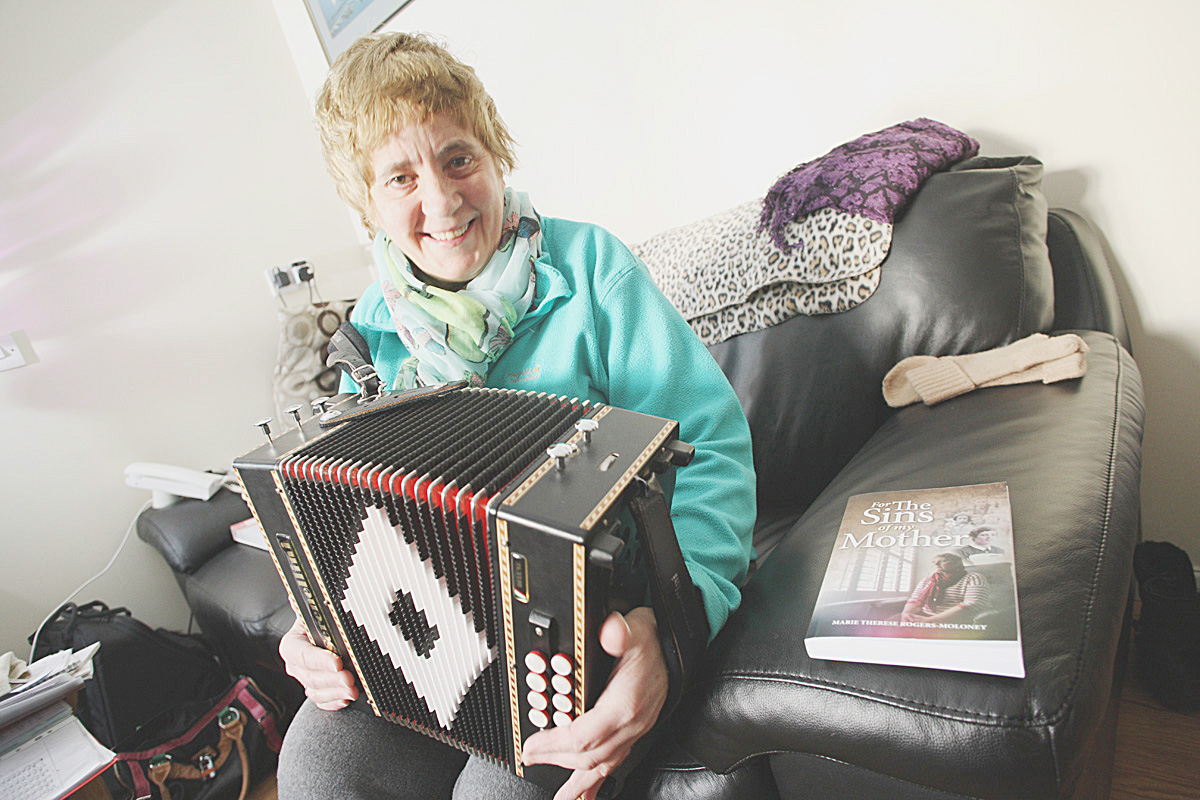 NEW INFORMATION: Marie Therese Rogers Moloney with her book, For the Sins of my Mother

A WOMAN born in Clifton Street who was put into care shortly after birth says she hopes she will be able to find out more about the mother who gave her up after coming into contact with a former work colleague.

Marie Therese Rogers Maloney, 65, wrote a book recounting her experiences in Nazareth Lodge on the Ormeau Road after being given up by her mother who gave birth following an extra-marital affair.

After being born in a nursing home on Clifton Street and christened in St Patrick’s church, her mother put her in the care of the nuns of Nazareth Lodge before returning to her home in Donegal home where she felt she would be unable to raise a daughter born out of wedlock.

Her mother was a well known businesswoman who ran a hotel in Ballyshannon and thought she couldn’t live with the shame. Marie Therese says a recent book reading has led to being put in contact with someone who knew her mother.

“I’d been giving one of my talks in Lisburn and a lady who had bought the book sent it to America because she thought it was such a good read,” she said. “She got in touch to tell me that when she read it, her sister-in-law nearly passed out as she had worked for my mother in the hotel. It’s amazing. She actually remembers coming up to visit my mother in Belfast around the time I was born. She thought she was being treated for tuberculosis, which may have been the case, but she didn’t know my mother had just given birth.”

After moving into Nazareth Lodge, Marie Therese was to spend the next 37 years experiencing a life of servitude before she was able to return to education and embark on a successful career as a nurse.

After retiring due to ill health, Marie Therese set about recounting her tale in a book and For the Sins of my Mother was published in 2014. It has recently entered a third print run due to high sales.

Marie Therese has now arranged to meet her mother’s former employee in the hope of finding out more about her mother.

“We are trying to organise getting together which I think will be very interesting.”