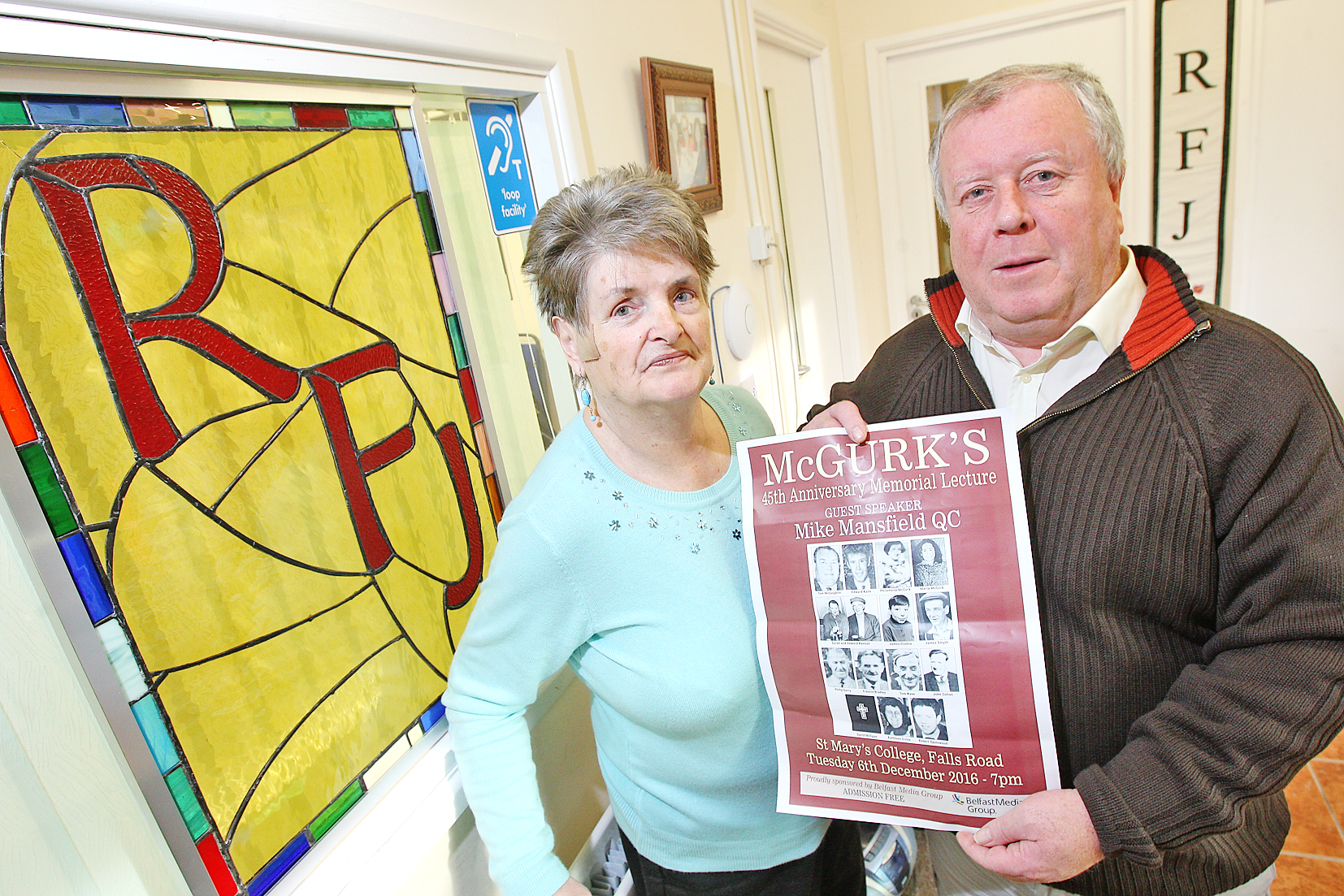 Robert McClenaghan and Clara Reilly from Relatives for Justice

THE Chief Constable will not attend a memorial lecture marking the 45th year of the McGurk’s bar atrocity to be held in West Belfast tonight.

A spokesperson for the PSNI said Chief Constable George Hamilton would not be attending the event “due to other commitments” but that Assistant Chief Constable Mark Hamilton, who is in charge of the PSNI’s Legacy and Justice Branch, will attend instead.

Leading QC Michael Mansfield will be guest speaker at the event, which is being held in St Mary’s University College at 7pm. The families of the victims say they will reveal what they say is evidence backing their claims of a cover-up by the government and the RUC into the bombing of the North Belfast bar in December 1971.

Speaking ahead of the annual lecture, Robert McClenaghan, whose grandfather Philip Garry was murdered in the bombing, said: “It was deliberate, it was policy, the RUC started the lie of the Provisional IRA bombers. That’s what we’re saying, we now have the documents to prove that and the Chief Constable says he’ll now take those documents away and consider them.

“The families have been engaged in legal processes for many years. Many of these processes have surrounded addressing a lack of state disclosure and very, very poor investigations, which deliberately hid the truth of collusion in McGurk’s Bar. We have been forced to engage significant and lengthy court battles because of the actions of those who were supposed to ensure our rights were observed.”

Clara Reilly, Chairperson of victims’ support group Relatives for Justice (RFJ), who have lent their support to the McGurk’s bar relatives, said the families deserve “great credit for their tenacity in the face of gross violation and cover up”.

“They have recovered so many facts themselves and faced the might of the state’s determination to cover up the truth,” she said. “Many of these families’ members are aging and passing away. We need to deliver to these families now before their burden of the search for truth and justice is passed to yet another generation.”