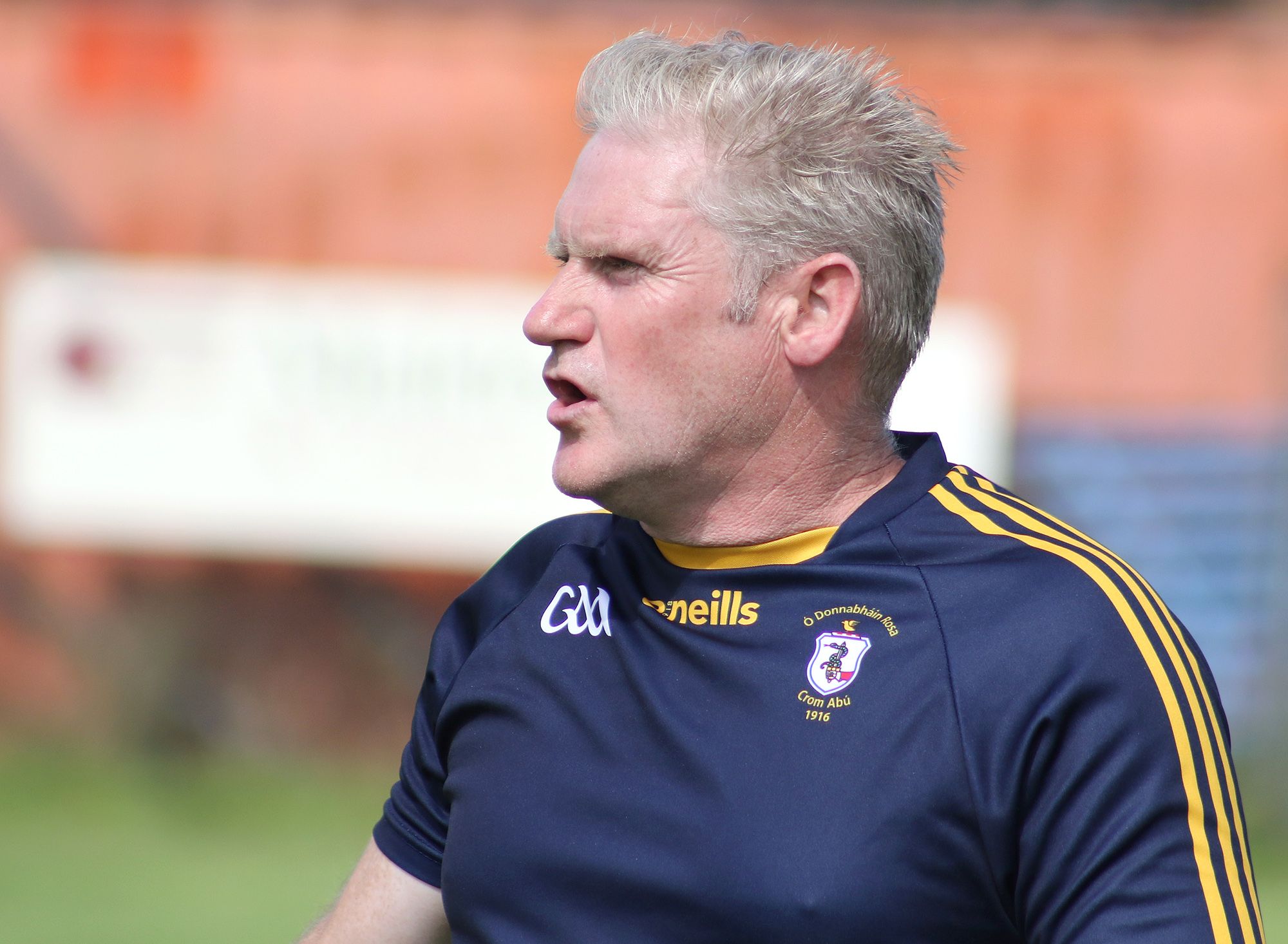 FOR Antrim hurling folk, 1991 was ‘the one that got away’. An All-Ireland semi-final against Kilkenny and a game in which the Saffrons bossed for the most part, only to be undone with a late Eamonn Morrissey goal and despite a rally to get back on terms in stoppage time, a fresh-faced youngster by the name of DJ Carey would land late points to break their hearts.

This was a time when Antrim were a serious threat on the national stage having reached the All-Ireland final in 1989.

That appearance came a little too soon for Jim Close, but he was to make his mark in the ‘91 semi-final and knows what it is like to be a part of a county team with lofty ambitions.

After a spell managing his club team, the O’Donovan Rossa man was drafted onto the county backroom team last year under Neal Peden and has been retained for this season by Darren Gleeson.

He says there isn’t a great deal of difference in what it takes to compete now as they did back during his playing days, with the same qualities required to make it at the top - something this crop of Saffrons have displayed throughout 2020.

“You just have to commit,” he insists, ahead of Sunday's Joe McDonagh Cup final against Kerry.

“If players don’t commit, then you don’t get anything out of it. When the whole group is committed to the one cause, all of a sudden people get going.

“Now we are back here with Darren in and he’s got everyone focussed on pushing in the same direction. One you do that and have a bit of ambition you can go further.”

Working with the current squad has been hugely rewarding for Close as their efforts have translated into results on the field.

While the season was halted back in March due to Covid-19, the players continued to work despite the challenges of lockdown as they put in the yards individually in order to continue their common push for success.

“They were given a programme to do by themselves and you could see when they came back to training, you could see the difference in every one of them with their body shape,” he noted.

“They had all clearly been doing the strength and conditioning work they knew they needed. With their whole commitment, every training session there are 32 players there and if not then there’s a genuine excuse why they can’t be there.”

Rather than be overawed by the occasion on Sunday, Close is backing the Antrim squad to rise to the occasion.

A good proportion have sampled playing at Croke Park for club or county and the opportunity to run out at Headquarters is one that drives any player and a team that knows a final will be held there.

That drive has been reflected behind closed doors with all of the 32-man panel vying for inclusion on either the starting team or bench and that has been a huge factor in their impressive campaign to date.

“It’s always great to play in Croke Park and once you’ve played there, you want to go back,” he stressed.

“Every opportunity you get to go there, you want to be going at it. I think it’s spurred a lot of players on who have already played there before as they have seen this great opportunity to get back.

“I think that’s why there is such strong competition to get on that first 15 and is goes right back to the 32 (panel) as everybody has their opportunity to get out on the pitch.”

Victory on Sunday will see Antrim included in next year’s six-team Leinster Championship and exposure to games at that level against the top teams in the country can only serve to help Antrim move forward.

Players like to test themselves against the best and the Saffrons are no different, but just the chance to sample a major victory with the eyes of the hurling world focussed in would be a monumental shot in the arm to the team and all those who can’t be there on Sunday.

“I think all the players deserve it and the fans as well,” added the Rossa clubman.

“Antrim does have a great fanbase and they have been stuck in the house, unable to see one full match so I think the likes of this will uplift a lot of people in the community and the whole county.”