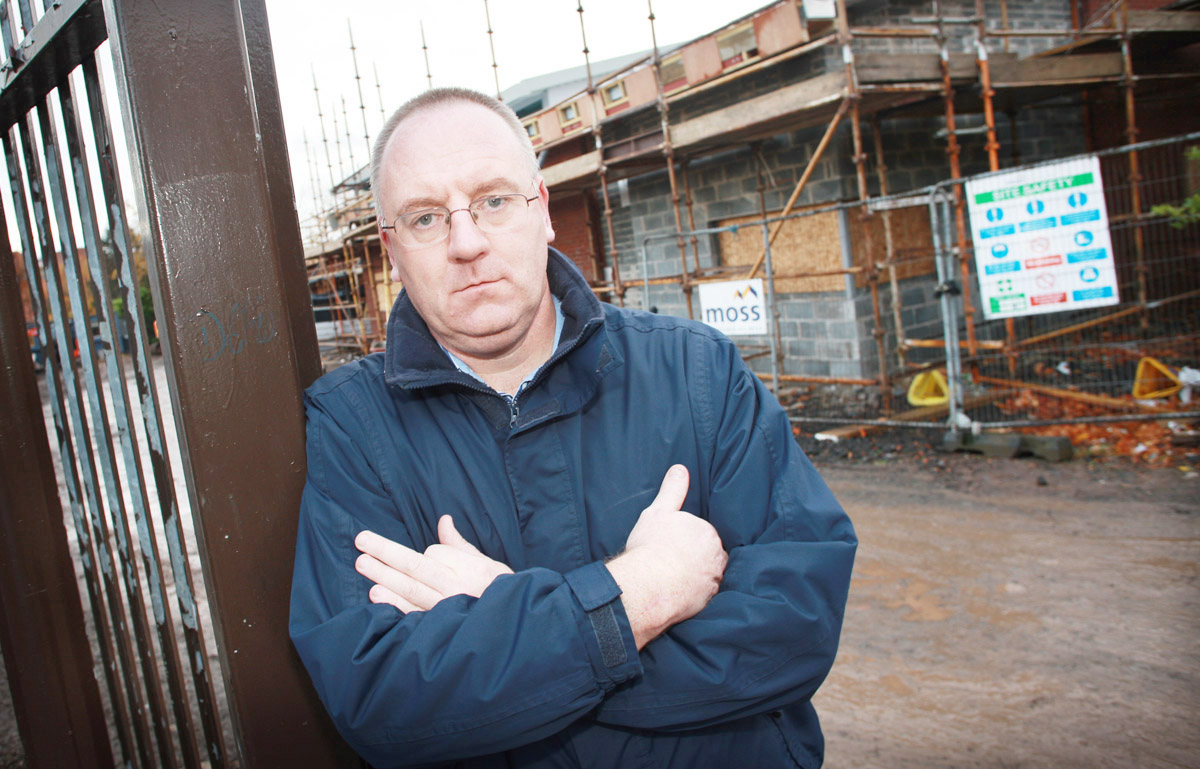 Colleagues of the Belfast community worker shot dead yesterday morning in the Markets area have condemned those behind the shooting and paid tribute to the victim for the work he has done for the local community.

Gerard ‘Jock’ Davison (47) was shot a number of times in Welsh Street at around 9am as he made his way to a local community centre. The father and grandfather, a former leading republican, had in latter years dedicated his life to working with the community.

“The Committee and staff of the Markets Development Association strongly condemn the cowardly murder by criminal elements of our colleague Gerard Davison who worked so tirelessly to enhance the quality of life for the people of the Markets community,” his former colleagues at the MDA said in a statement after the shooting. “This was a callous attack, not only on Gerard, but indeed on the community as a whole.

“The Markets Development Association would like to extend its deepest sympathies to the family of Gerard and extend our heartfelt gratitude for the hard work, commitment and time which Gerard dedicated to the community and its people. His loss will be keenly felt.”

Police say they don’t believe dissident republicans were behind the killing and they don’t think the motive was sectarian. Instead they are believed to be investigating the possible involvement of criminal elements in the brutal murder.

Detective Chief Inspector Justyn Galloway said at a press conference after the shooting: “This was a cold-blooded murder carried out in broad daylight in a residential area and it has no place in the new Northern Ireland. We have detectives in the Markets area making house-to-house enquiries and seeking to identify witnesses.

“I would appeal to local people to co-operate with them and give them any information they have. Mr Davison was a grandfather and a high-profile community worker who devoted much of his time to those living in the Markets. In fact, Mr Davison was walking to a local community centre where he worked when he was shot.”

Local Sinn Féin MLA Máirtín Ó Muilleoir expressed his shock and that of the local community that Mr Davison had been murdered in a “such a callous fashion” on his way to work.

“The victim is from the area and well-known for his work in the community sector,” said Mr Ó Muilleoir. “Local people are shocked and angered by what has happened, and I would appeal to people to remain calm.”

UUP MLA Michael McGimpsey said: “I unreservedly condemn this morning’s murder of a man in the Markets area of central Belfast. The people of this city had hoped that we had left such days behind us. There is no excuse whatsoever for this murder and I would appeal to anyone with information to contact the police immediately.”

SDLP leader Alasdair McDonnell described the killing as “horrendous” and hit out at those responsible, who he said had launched the attack while children and parents were still on the school run.

“People here want to move on from the violence of the past,” he said. “This community will reject those who bring murder and mayhem to our streets. I would appeal to anyone with any information to bring it forward as soon as possible.”

Local Alliance Councillor Paula Bradshaw added: “Guns have no place on our streets. Those responsible for this vicious crime are a danger to our society and must be urgently apprehended by the police. Whoever carried out this murder must be taken off our streets and brought before the courts to face justice for their horrific crimes."