Come Dine With Me gets the James Peake Experience 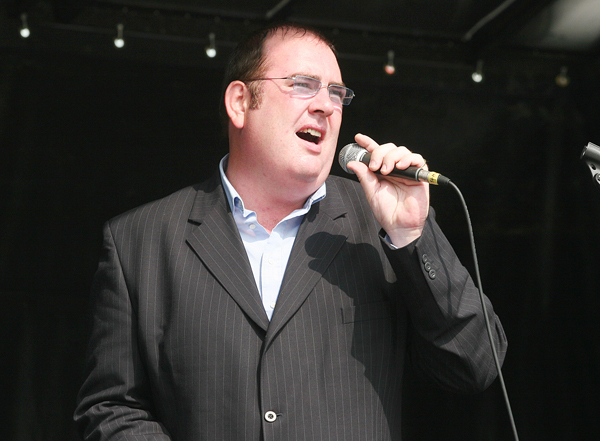 Seamie McPeake is renowned in Belfast for his powerful singing voice

A top Belfast entertainer makes his C4 debut this afternoon when he belts out a number on the hugely popular C4 show Come Dine With Me.

In the show, five complete strangers take turns hosting what they consider to be the ultimate dinner party. Their guests give them points, and when the eating and socialising are over the host with the most wins a cash prize of £1,000.

Some of the cooks are known to dazzle their guests with their after-dinner entertainment and today’s episode is no exception.

Lisburn golf fanatic Paul Arnott pulls out all the stops at 4.30pm today when he gets his good friend, renowned entertainer Seamie McPeake of the James Peake Experience, to belt out a number.

Speaking to Daily Belfast, Seamie said: “I’ve known Paul for years, he’s a great fella, he loves his cooking and his golf. We have to listen to him bragging constantly at Balmoral Golf Club about his latest culinary creations.”

Seamie says that the show was filmed last December and it feels like they’ve been waiting forever for it to be shown.

“After dinner they ‘retire to the lounge’, as they call it, and I’m waiting there to sing the Tom Jones hit Delilah. They seemed to enjoy it and they also seemed to know who I was, which was great. They all cheered and sang along.

“Come dine with me is a great show, my wife wouldn’t miss it, so hopefully she’ll be watching me over and over again as they repeat it quite often!”

Seamie says that the competitors got on like a house on fire – and still keep in touch.

“Sometimes you watch the show and certain competitors don’t get on and make quite catty comments about each other, but this lot genuinely liked each other and had great craic.

“I was delighted to have been asked by Paul to take part and in this business having your mug on the TV will certainly do you no harm.”