Coming up for air after breathtaking performance by DUP leader 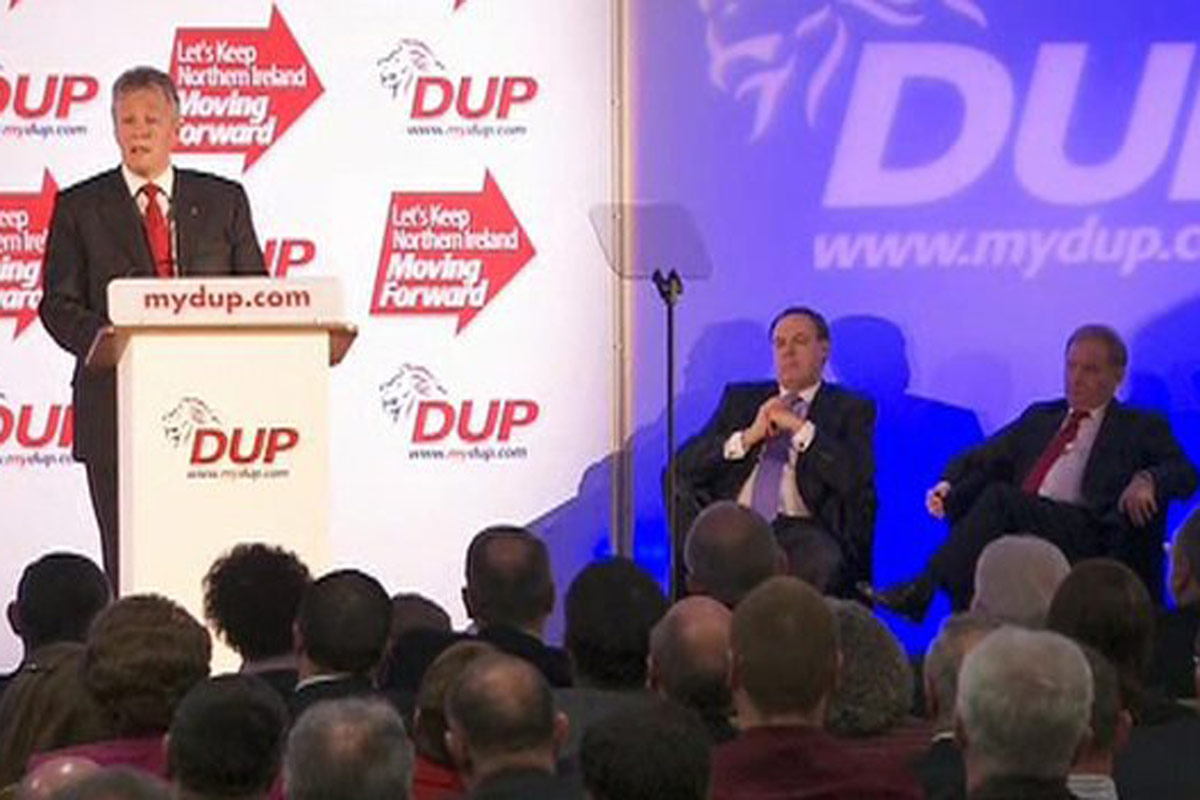 Sometimes radio can simply suck your breath away - leave you gasping over breakfast or in the car. I had two such moments already today; at this rate I'll be hyperventilating by tea-time.

The first came when I was listening to an item of BBC Radio Ulster/Raidió Uladh's 'Good Morning Ulster' programme.  Mark Carruthers was discussing the interesting question of what the word 'Ulster' meant to people. The historian Jonathan Bardon who's flogging a new book said he tended to think of it as the historical nine counties, Denis Bradley said yes, he was an Ulsterman, proud to be so, he was from Donegal and you couldn't get much more Ulster than that. And there was other discussion of terms and nuances - was it the six counties, the Province (which Mark said seemed to have fallen out of fashion) and/or Northern Ireland? They could have added the north of Ireland, the north-east of Ireland or even just 'up there'.  But what sucked my breath away was that at no stage did ANYBODY point out that the the station from which the discussion was being broadcast was called 'Radio Ulster' and that the programme in which the discussion was set was called 'Good Morning Ulster'. Why didn't someone ask Mark what his station meant when THEY used (and called themselves) Ulster? Better still, why didn't Mark himself mention it?  (Note to readers: for a clue, check the  Isle-of-Man-type map at the start of 'Newsline 6.30')

My second gasp-making moment was on BBC Radio 4's 'Today' programme, where John Humphreys was interviewing Peter Robinson about his DUP convention speech, where he said that an attitude of 'No surrender' ("Which served us so well in the past") was no longer appropriate. The last thirty or forty years, Peter said, had created division between people, and it was now time to bring them together again. What must be tackled were things like peace walls which divided people and segregated education which divided children. My jaw dropped and my lungs went on strike.

No wonder the English don't understand this deformed little corner of Ireland. The last thirty or forty years created division? Gimme a break, Peter, would ya? Some of us remember pre-the last thirty or forty years and the divisions were well and truly in place then. In fact, the state of Ulster/NI/ six counties/ etc was created on exactly that - the division between Protestant and Catholic with, it was presumed, a permanent majority for Protestants. But since that wasn't mentioned, Peter's little point sounded very solid. Then Peter and John got to talk about those peace walls, neatly confining the problem to the  unwashed working-class areas. You don't get peace walls about Malone; or Holywood; or the middle-class estates of Derry's Waterside. But do a little head-count or check the statistics -  over 90% of people here choose to live separated from their Protestant or Catholic fellow-citizens. When middle-class Catholics moved into Malone, for example, the air was thick with the sound of Protestant bags being packed for North Down.  But since that middle-class thing wasn't mentioned, Peter's working-class peace-wall-point sounded very solid. As for segregated education - well, no matter how many polls Peter may cite showing a majority in favour of integrated education, the fact is that the vast majority of Protestants choose to send their children to Protestant schools, and Catholics to Catholic schools. But since that wasn't mentioned, Peter's little point sounded very solid. What's more, I know from experience that neither Protestant nor Catholic school staff inculcate sectarianism - in fact most of them work very hard against it. But since that wasn't mentioned, Peter's little point sounded very solid.

But the most air-sucking-out moment of all was at the end of the Humphreys interview with Peter. As I chewed my final mouthful of toast it suddenly hit me: not once in the course of the Peter-John dialogue was it mentioned that Britain claims the right to jurisdiction over the six counties (or the north or Northern Ireland or Ulster or the Province) and that that claim  is the hard-core, terribly uncomfortable source of division here.  But since that wasn't mentioned, the English audience probably stood up from the breakfast table shaking their civilized heads and murmuring "Those Irish and their religious wars  - tsk, tsk, tsk.  When will they ever learn?"

Sorry - gotta dash.  The man with the oxygen mask is at the front door.