Concern over progress of university move to Cathedral Quarter 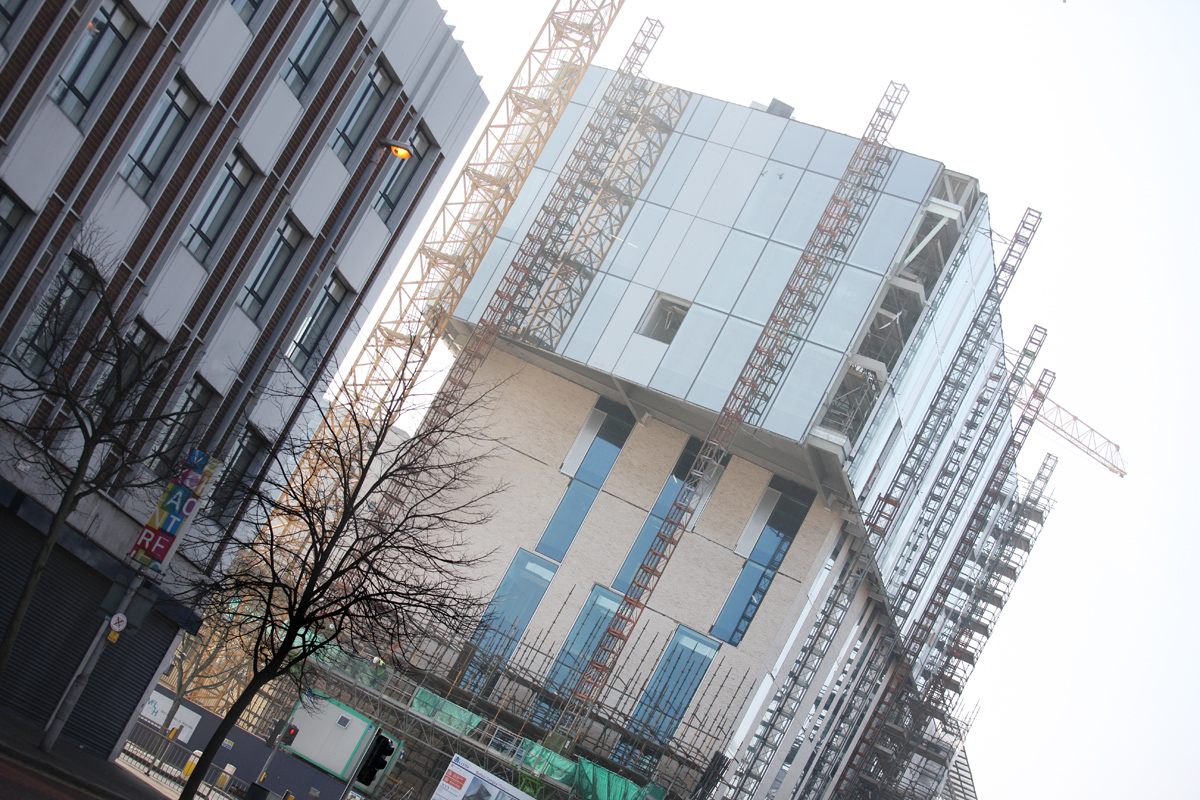 Work on the University of Ulster’s new Cathedral Quarter campus, which is due to open in 2018

Social Development Minister Mervyn Storey is to seek meetings with fellow Stormont ministers over what he says is a lack of coordination amongst departments regarding the University of Ulster’s move to the Cathedral Quarter.

Minister Storey revealed he had sought the meetings when he was quizzed in the Assembly over how the UU move was progressing.

SDLP MLA John Dallat asked the Minister how he saw the move impacting on social housing in North Belfast with a huge influx of new students and fears that a new ‘Holyland’ was on the verge of being created in and around the new York Street campus. Minister Storey said he was aware of fears in the community.

“I am aware of those concerns, but I believe it is better to have an agreed plan rather than the current situation, which is that permission has already been given for a number of developments that are sporadic and where there is no central control of how that will be managed.

“The other concern that I have is that there needs to be greater coordination between all the Departments in relation to this. We have the strategic advisory forum, but I do not believe that it has buy-in from everybody at a high enough level. We have DOE issues, DARD issues, Department of Justice issues, DEL issues and DSD issues. Let us remember that this campus is coming and that progress is being made.

“To try to take all that into account, I have asked my ministerial colleagues to come together and have further discussion as to how, strategically, we ensure that one of the largest investments in Belfast in many years, at over £1 billion, is coordinated. It has to be planned so that we deliver the best possible outcome for everybody involved.”

The Minister said he was also keen to see York Street train station included in any development proposals, and that would be discussed when he met with fellow ministers.

“We need to be sure that the railway connection to York Street is tied in to the project. I have a concern about that strategic thinking. We have seen phenomenal growth in the railways, and, if we are to encourage its use by students, who are good at using the railway system, surely a key component will be the location of York Street station. That is why I have asked for a meeting with the other ministers. I worry that there is almost a sense of ‘Well, we know this is coming in 2018’, but it is not as organised and strategic as I think it should be.”