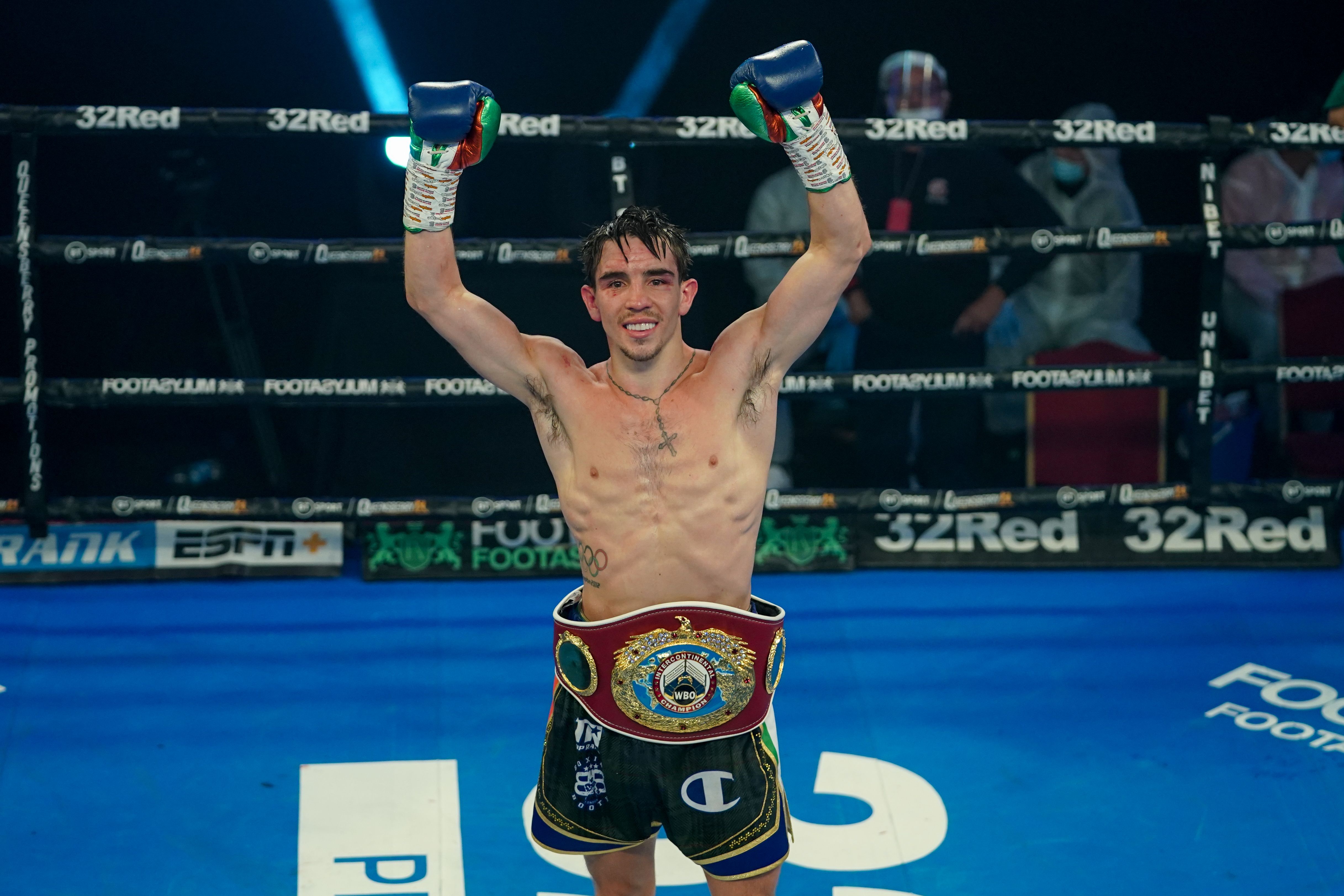 A WORLD title shot came closer into view for Michael Conlan, but was tested by Ionut Baluta at the York Hall on Friday night as he took the WBO International super-bantamweight title on a majority points decision.

It was certainly a tough night's work for Conlan who was up against an opponent who was relentless and made life difficult, but it seemed he was doing the better work for the most part with his head movement and footwork making the Romanian swing and miss, while landing the more eye-catching shots.

Baluta's output was high, but economy far from it although the high pace he set made it an uncomfortable night for Conlan who completed 12 rounds for the first time in this, his 15th pro outing.

When the cards were read out, it made for a nervy few seconds, but in the end the right man got the nod and Conlan can move on from this dangerous assignment with his crack at the big one moving a big step closer.

"Baluta was tougher than I thought," he said after.

"He showed that in his last two fights when he pulled out two good performances. He's as game as they come, but was missing with tons of punches so I wasn't worried (about the cards). When they called it a draw I was thinking what was going on, even the second card at 115-114 I don't know how it was so close, but it is what it is. It was a good fight and good preparation for what's to come.

"He held his engine more than I thought he would, but this was my first 12-rounder, first at super-bantamweight so it was a perfect test for where I'm at."

Conlan switched stances early in the fight, quelling Baluta's attacks with crisp right counters as the Romanian looked to put the pressure on, but through the first couple of rounds he was mostly made to miss as Conlan's movement kept him out of danger and the Belfast man had the better of it with stinging body shots and crisp rights to the head.

The Romanian was growing in confidence, but Conlan was much more economical with his work and enjoyed the best of the fourth as he scored with a jab and connected with right to head and body.

Baluta enjoyed his best round in the fifth as he continued force a high pace, but it appeared Conlan took over for the next few rounds and in the eighth his body attack started to make a dent with the high pace seemingly getting to Baluta who began to look a little uncomfortable.

He managed to ride the storm and took the 10th in a round Conlan seemed to take off a little and as the fight entered the championship rounds, Baluta looked to push on and continued to wing looping punches.

Both dug deep and tried to find the shot to settle the argument, but to their credit they went to the final bell with Conlan getting the nod that ought to cement his mandatory status for WBO title.

He may have to wait until December with champion Stephen Fulton set to fight in a unification in September against the winner of the WBC clash between champion Luis Nery and Brandon Figueroa, but the Belfast man says he is happy to bide his time should that be required.

"I know the WBO will be contested in September against the winner of a fight that hasn't even happened yet, so that fight could happen in August if Stephen Fulton is up for it," he added.

"That could happen in Belfast in August and I'd go for that 100 per cent. I think with the politics of boxing, is it going to be possible? I don't know.

"After beating the number nine in the WBO, that will be me mandatory for the title, so if it could happen in August, I'd love that. If not, I'd love it in the winter in New York, but I'll stay active and fight in August anyway.

"I know I have be patient and can't rush too quick because there are always roadblocks in the way, so you can't throw the toys out of the pram. I will be patient then if I have to wait until December, that's no problem because I know I'll be fighting for the belt."

The scorecards were not received well by Conlan's trainer, Adam Booth, who didn't feel they reflected what his man was doing in the ring, but was nonetheless happy with how he handled a very tricky and dangerous opponent.

"Baluta is messy and reckless, but just keeps punching. He's game and takes a good shot, so it was always going to feel uncomfortable while you are doing your work," he said.

"I think it was comfortably 8-4 to Mick. That concerns me at little bit - the scoring. We've got to do the right job and can't score missing punches.

"In terms of Mick's progression, I think that was great because it was a realistic 12 rounds with someone who didn't want to lay down and kept spitting back shots.

"All in all, I'm delighted with it because we felt is was going to feel a bit awkward, but I'm just a little disappointed he didn't get the scores he deserved."