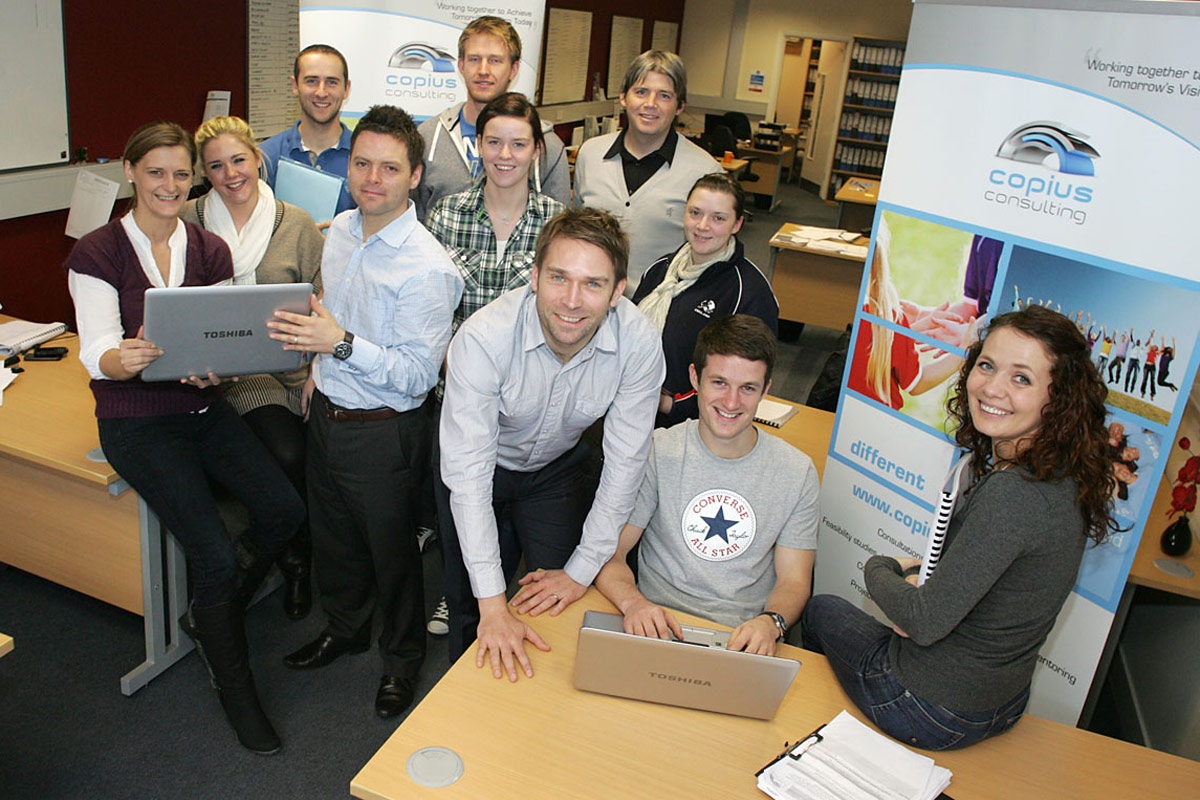 A local business is helping community groups across South Belfast gain funding via a new project that sees a unique approach to consultancy work.

Copius Consulting, based in Duncairn Gardens in North Belfast, offers support and information to community and voluntary groups across the city in a bid to help them get money and other kinds of help from government departments.

Its Priority Club is a special section of the organisation that works on a monthly basis to gain community groups – such as the Markets Development Association in South Belfast (MDA) – small-scale funding, staff, equipment and other vital components for their work.

Locally, the group has helped the MDA with its long-running tunnels project, which would see the tunnels reopened and used to help the regeneration of the area by containing buildings and connecting the community to the city centre.

According to Copius Business Development Manager Chris Morgan, that involves a number of things on the company’s behalf to aid the Markets group.

“We have been tasked by the MDA to provide a source of ongoing support in what is a very exciting period for the organisation. In the past month, they have just finalised an economic appraisal and regeneration plan for the Markets but we have been asked to work particularly on their flagship project, which is to open the tunnels and bring the arches underneath East Bridge Street into a range of uses which will generate significant social, economic and community relations benefits for local people.

“Our Priority Club is supporting the MDA in identifying a suitable funding package which could make the plans a reality and deliver a major regeneration project within inner South Belfast.

“We will help to make the case to public and private funding sources for considerable investment in the various capital projects planned by the organisation, as well as offering advice and guidance where appropriate and liaising with all relevant stakeholders.”

An off-shoot of the main Copius Consulting group formed by well-known businessman Liam McStravick in 2004, the Priority Club originally worked with sports clubs before expanding to community groups last year.

It works via community groups paying the company on a monthly basis for its consultancy work, which involves them trying to save or make them money.

Chris said it was a unique approach in the industry.

“Its been proven to work in the fairly short space of time we have been working with the groups. After 15 months, we have around 180 clients and are continuing to grow.

“Our Priority Club is supporting the Markets Development Association in identifying a suitable funding package which could make the plans a reality and deliver a major regeneration project within inner South Belfast.”

“People’s impression of consultancy is that they expect big companies to be paying vast amounts of money. But that’s not the case with us, as we work to secure any aid we can get the groups and don’t take a slice of it in any shape. It’s really flipping the consultancy world on its head.

“We are the probably the first to market this concept and offer the service we do at the cost we do. Subsequently we have a lot of community groups who can’t understand how we run a business on the costings we have but we have been able to.”

Looking to the future, Chris said he hopes Copius can grow and its expand its business outside its natural catchment area.

“We are a Belfast-based company and secure within that region but we are starting to move out and add clients from further across the country.

“We have our targets in terms of where we want to be and we want to start impacting on other places. As a company we also need to get out name out there as we do an awful lot of good work for community groups but probably to our detriment we don’t shout too loudly about what we do.”