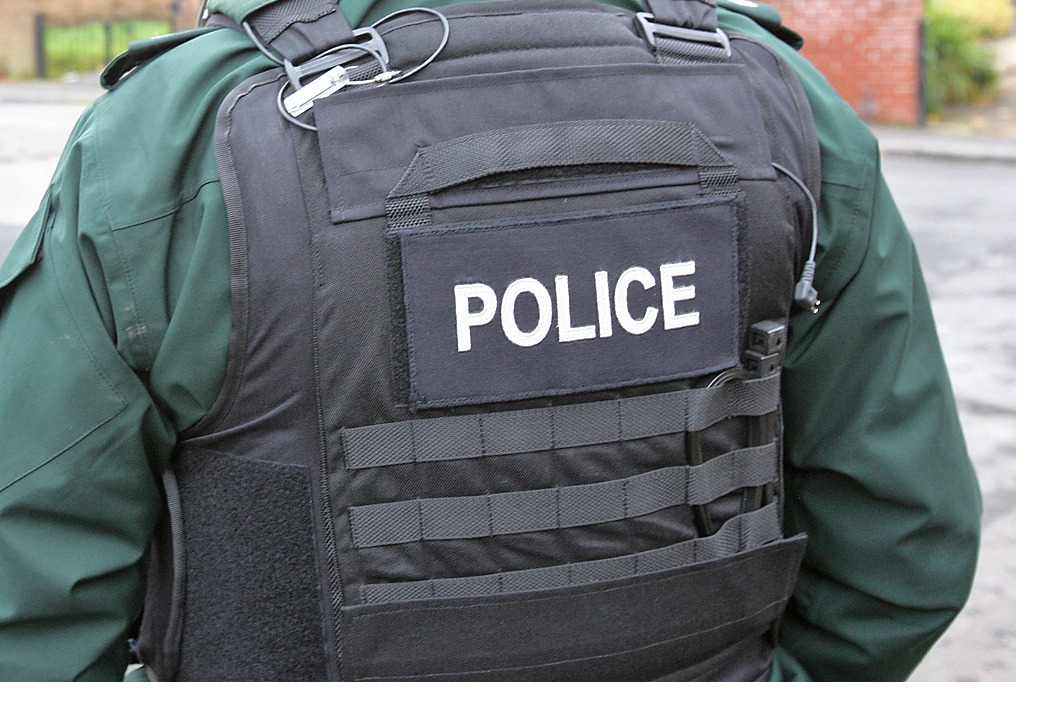 PSNI officers swooped before the gun could be delivered. File picture.

A PSNI swoop on a North Belfast house prevented a so-called punishment shooting by dissidents last month as the anti-agreement gun gangs stepped up their attacks on the community.

The North Belfast News understands a man was minutes away from being shot by a gang that had entered the would-be victim’s house and were waiting on a weapon being delivered.

But before the gun arrived the PSNI swooped and arrested a number of men who were later released after the intended victim refused to press charges.

The incident comes after an increase in dissident activity which has seen a number of people shot and a 14-year-old girl placed under a threat in West Belfast.

Those attacks have been linked to Óglaigh na hÉireann (ONH) and it is thought it was their members involved in the recently-foiled incident.

Last year, dissident republicans murdered two men in Ardoyne and the Bone in punishment attacks gone wrong. Stephen McKee died on January 21 after being blasted with a shotgun in his bedroom. And just weeks later Michael McGibbon died after being shot in an alleyway near the Crumlin Road. He had been ordered to go to the alleyway earlier that day by a member of the New IRA.

ONH have been blamed for a spate of incidents in West Belfast in recent weeks, however they told the Belfast Media Group this week that they weren’t behind a threat to a 14-year-old Turf Lodge girl, blaming “individuals” for carrying out attacks in their name and warning of “consequences”.

“Following recent assertions by media outlets, Óglaigh na Éireann wish to clarify that our organisation was not involved in the expulsion of a 15-year-old boy and 14-year-old girl from the Turf Lodge area,” they said.

“Attempts to allude to the contrary are in no doubt part of a secret agenda aimed at divorcing our organisation from our support base – the Turf Lodge community are aware of who the individuals are.

“While Óglaigh na Éireann have punished young people in the past, our volunteers are also heavily involved in supplying young people with youth work and community groups and other mediums.

“Any use of our organisation’s name by malignant individuals or gangs to cover their own agendas and suit their own acrimonious ends will have consequences.

“Our organisation is reliant on the support of the work class communities. Any attempt to divorce us from them though misinformation and misrepresentation will not go unpunished.”