Coronavirus begins to impact on Belfast 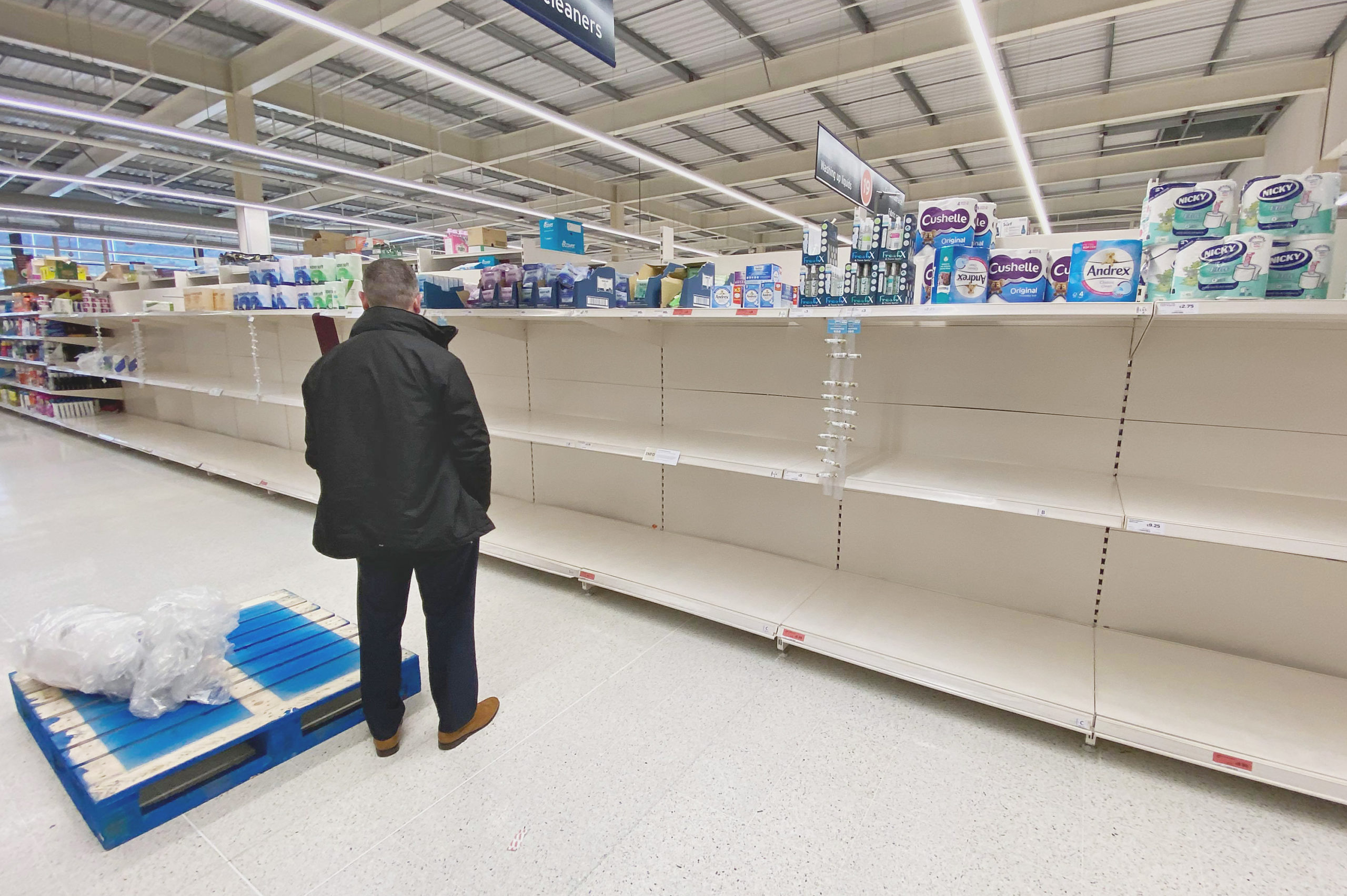 RESTOCK: An out-of-luck shopper stares at the empty shelves in Sainsbury's in the Kennedy Centre

FIRM measures are being implemented across Belfast as steps are taken to try and contain the spread of coronavirus.

Two more people tested positive for COVID-19 in the north yesterday, bringing the total number to 18. All are linked to travel in Northern Italy or being in contact with someone who has returned from the region.

A special meeting of Belfast City Council is to be held today to discuss its response to the virus.

“They have also agreed to meet as a Special Council urgently to discuss next steps regarding Council staffing, civic responsibilities, services and events. This meeting will take place on Friday evening.
“Elected representatives in Belfast City Council have also reiterated the need to follow public health guidance and to look out for those they know, family and friends who are vulnerable.

On Monday, St Gall’s GAC closed its clubhouse for a “deep clean” after a member was diagnosed with the virus. It is understood the member had recently returned from holiday. Posting to their Facebook page on social media the club said: “As a precautionary measure we have made the decision to cancel all training and games this week.”

At an special meeting of Belfast City Council later that evening, members voted in favour of cancelling the annual St Patrick’s Day parade. As we went to press, the highly anticipated Craic 10K urban run is still scheduled to take place on Tuesday.

On Tuesday, the First and Deputy First Ministers, Arlene Foster and Michelle O’Neill, have also cancelled their plans to travel to Washington.

Meanwhile, Linfield FC Chairman, Roy McGivern, has said the club's priority is to look after the welfare of players and staff after first team defender Ryan McGivern tested positive for COVID-19.

The club said it was "taking advice from the relevant authorities and will provide an A deep clean of Windsor Park has begun and the Blues Danske Bank Premiership game against Larne on Saturday at the stadium has been postponed.

It is understood that a numbers of schools across Belfast have emailed staff to about the use of online teaching platforms in preparation of any potential school closures. However, the Education Authority (EA) has reiterated that schools remain open.

“Any official notification in relation to school closures will be sent directly to school from the Department of Education,” an EA spokesperson said.

Adding: “Please continue to monitor our website for latest news and updates.”

Shelves in Kennedy Centre’s Sainsbury’s store were empty of toilet rolls, hand wash and gels while boxes of paracetamol were limited to two packs per person.

In the nearby Boots store, four shelves of hand gel and wash products had also been left bare.

The Omniplex cinema chain announced on Tuesday night that it was introducing a “seat separation” policy in its response to coronavirus. Every second seat will be left unoccupied in a “checkerboard pattern”. Paul John Anderson, director of Omniplex, said the move was in line with World Health Organisation (WHO) guidance. “This means we’ve reduced our overall capacity by 50 per cent and it will give cinemagoers peace of mind,” he said. Mr Anderson said other measures will include self-scanning of tickets, increased cleaning regimes and hand-sanitising stations in every cinema foyer.

Tesco have taken an approach by introducing a maximum purchase limit of five per customer on a number of items to ensure everyone can access the essentials. Customers are urged to shop as they normally would and not change their routes as they work hard to restock shelves as quickly as possible.

The Public Health Agency (PHA) confirmed that 239 tests have been carried out since testing began on February 7, of which 221 were negative, and 18 positive.

Other strict hand-sanitising measures have come into effect in Belfast’s residential care homes and children’s crèches exercising strict entry hygiene protocols for those visiting relatives or leaving and picking up children.

In their statement released on Wednesday, the PHA said they are continuing to conduct the process of “contact tracing” people who have had close contact with anyone diagnosed with COVID-19. The agency is urging those who have been advised to self-isolate to do so, but is also reassuring anyone who hasn’t been contacted as part of this process to “go about their daily business and follow the COVID-19 advice for all members of the public.”