Council under fire after admitting it does control Longlands boney land 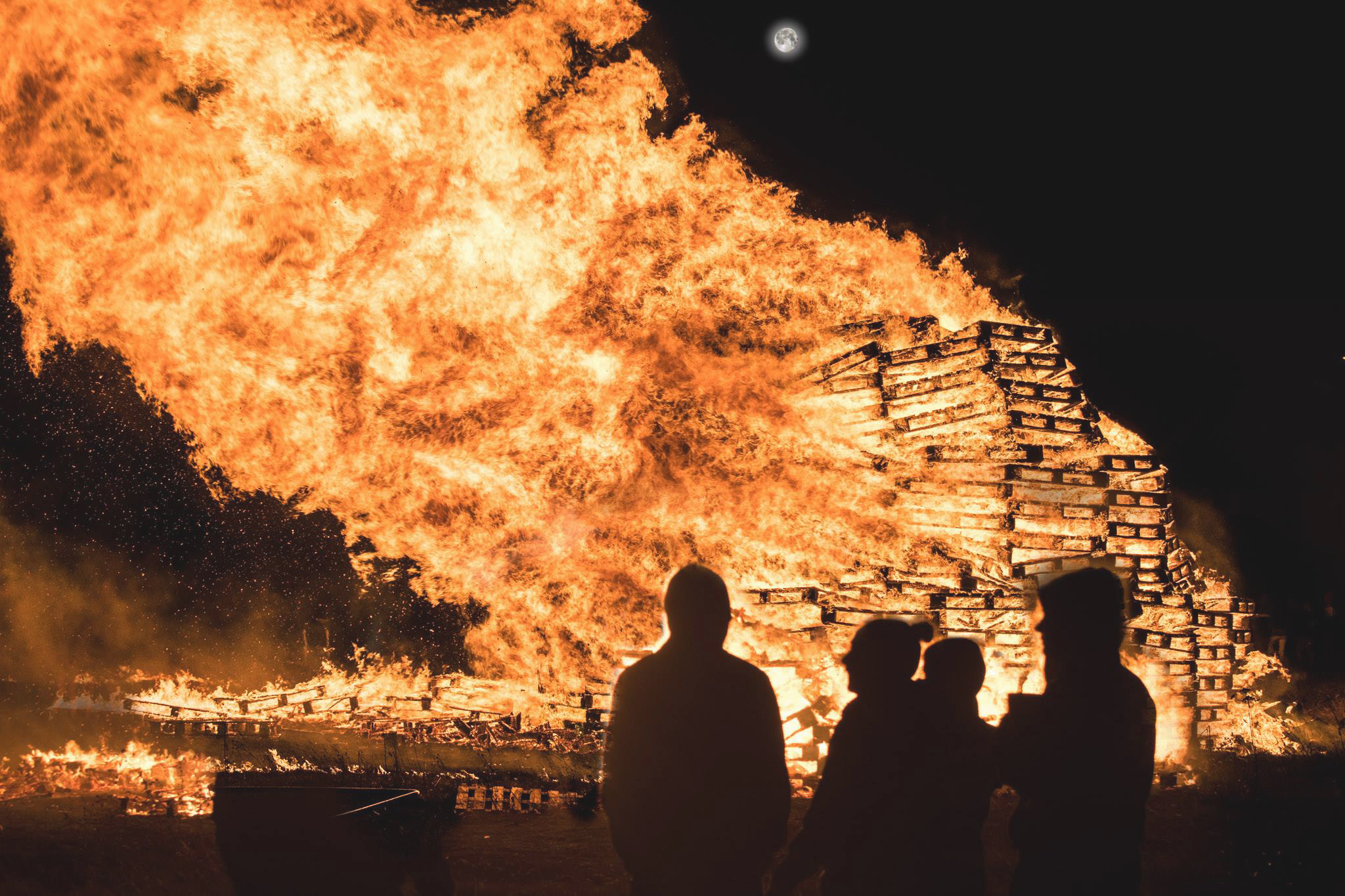 ANTRIM and Newtownabbey Borough Council have confirmed they are in possession of the Longlands internment bonfire site after previously believing the land to be unregistered.
Following a Freedom of Information request from the North Belfast News, the Council says they conducted investigations and found that they are responsible for the site – news which has drawn an angry response from Sinn Féin who say they will expect the Council to now develop the waste ground.
In July, councillors were told that the Council did not own the land in an official response to a query about the bonfire.
But in a response to our paper they now concede they control the land.
“Initial searches indicated that the land in question was not registered and at this stage it was officers’ understanding that the land was not owned by the Council.
“Council also received an e-mail query regarding land ownership on the 3rd August.
“Subsequent to these enquiries, more detailed searches (conducted in September 2017) have since confirmed that the Council holds this land on a long term lease.”
Sinn Féin Councillor Michael Goodman said he would be raising the issue with the Council.
“Frankly it is both disappointing and alarming that Council didn’t know they had responsibility for this land on which the August bonfire was sited.
“We had approached several agencies including Antrim and Newtownabbey Council at the time to establish which of them had control of this land after residents raised huge concerns about the unwanted bonfire being placed close to their homes, only to be told that none of them owned or controlled the land.
“Thankfully due to hard work by local activists working with residents and indeed the young people of the area, the bonfire was moved at the last minute away from local properties preventing any damage being caused.
“During these engagements the young people of the area told us they were willing to explore alternatives to bonfires in Longlands for next year including festivals and diversionary activities.
“I’m calling on Council now to step up to the mark for the people of Longlands and explore better use of this land including much-needed facilities for all residents, be they young or old.
“Residents have said to me this week that the Council’s lack of knowledge about this land is typical of their lack of interest in the area and their lack of investment in areas like Longlands.
“The work of council to replace the bonfire with more constructive use of this land and of young people’s time needs to start now and it shouldn’t be a last minute scramble to minimise the harmful effects of unwanted bonfires and their negative impact upon communities.”
After crackdowns across Belfast on August 9 blazes the Longlands fire has become one of the largest across the north and boasts significant local buy-in.
The Antrim and Newtownabbey council area now contains some of the most controversial bonfires across the north, with Antrim’s Ballycraigy estate and Ballyduff’s ‘The Beast’ all located within its boundaries.
In May, the council voted in favour of spending £48,000 on their bonfire management scheme but they say that the Longlands pyre is not part of the scheme.
In 2014 the then Newtownabbey Borough Council spent £30,000 building a platform for the Ballyduff blaze because of the danger caused to local homes. In a highly unusual move, the platform was built on Housing Executive land by the council, but both organisations deny any liability for the annual blaze.