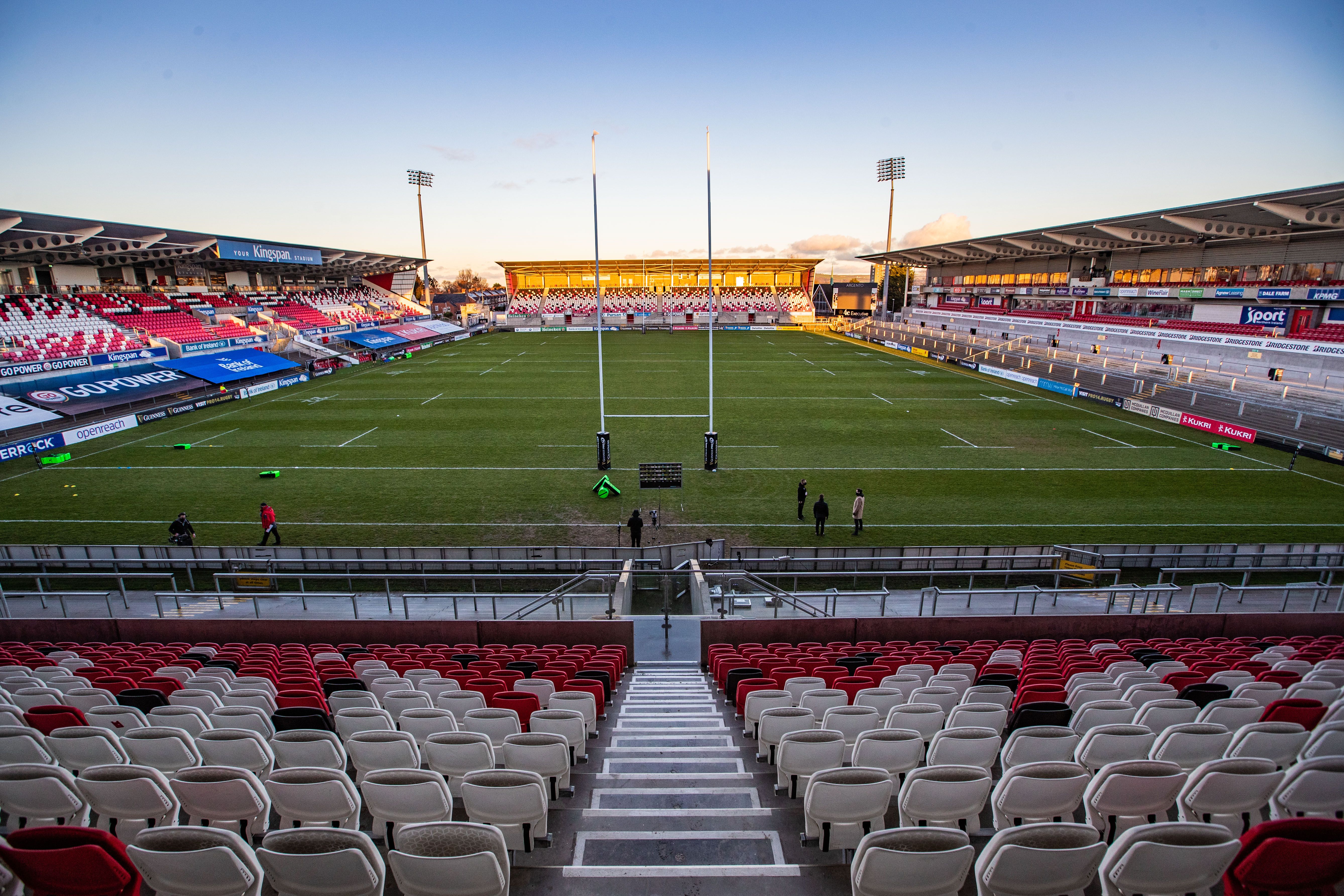 ULSTER Rugby's final home game game of the season against Scarlets on Saturday has been cancelled after four players tested positive for Covid-19.

The tests were carried out on Wednesday with the results emerging on Thursday showing four positives. Each of the four are asymptomatic and are self-isolating.

The Public Health Agency has been informed and Ulster Rugby is continuing to follow its internal contact tracing process. Further PCR testing of players and staff is due to take place tomorrow and all training at Senior and Academy level has been suspended until further notice.

In making this decision, both the league and Ulster Rugby followed the guidance established by the PRO14 Rugby Medical Advisory Group, and had the full support of the Public Health Agency.

The 500 spectators who were due to attend the fixture will receive a full refund.
With no available weekends remaining, the game will not be rescheduled. As a result, PRO14 Rugby has deemed the fixture a 0-0 draw and awarded four match points to Scarlets.

Ulster Rugby CEO, Jonny Petrie, commented: “We appreciate the news that our upcoming fixture is cancelled will be deeply disappointing for our supporters, particularly those who were due to join us at Kingspan Stadium on Saturday, but we are in complete agreement that the collective decision to cancel the match is the correct one.

“Our priority continues to be the health and safety of our players and staff, as well as the wider community, so we will continue to work closely, together with the IRFU, with the Public Health Agency to ensure that we follow the necessary public health advice, as we provide support to the individuals involved.”

Meanwhile, Ulster Head Coach Dan McFarland has hailed the impact Louis Ludik made in his seven years at the club after the South African announced his retirement yesterday.

Having signed from French club, Agen, after moving to Europe from his homeland, Ludik represented Ulster on 112 occasions.

“Louis’ contribution to the province will have a lasting legacy," said McFarland.

"As a top-class professional both on and off the field, we will miss what he brought to the club as a player and, more significantly, as a person where he brought a sense of enjoyment and positivity to everything he did.

“We wish Louis and his family the very best for the future and thank him for everything he has given to Ulster over the past seven years.”

Reflecting on his time with the club, Ludik, said: “From the first moment it was announced that I was coming to Belfast, I was accepted, supported, and I felt at home.

“I gave it my all, every single time I stepped onto the field, to try and give back and continue the legacy of those who came before me, and to be deserving of the supporters who stood up for us, every week, without fail.

“Thank-you to everyone who has made my time at Ulster – the place I now call home – so special.”

Iain Henderson, Ulster Rugby Captain, added: “Louis has brought so much to the club during his time with the province, and I would like to thank him for that on behalf of all the players he has ran out onto the pitch alongside, both past and present. He is a true Ulster man now, and we are proud to call him one of our own.”