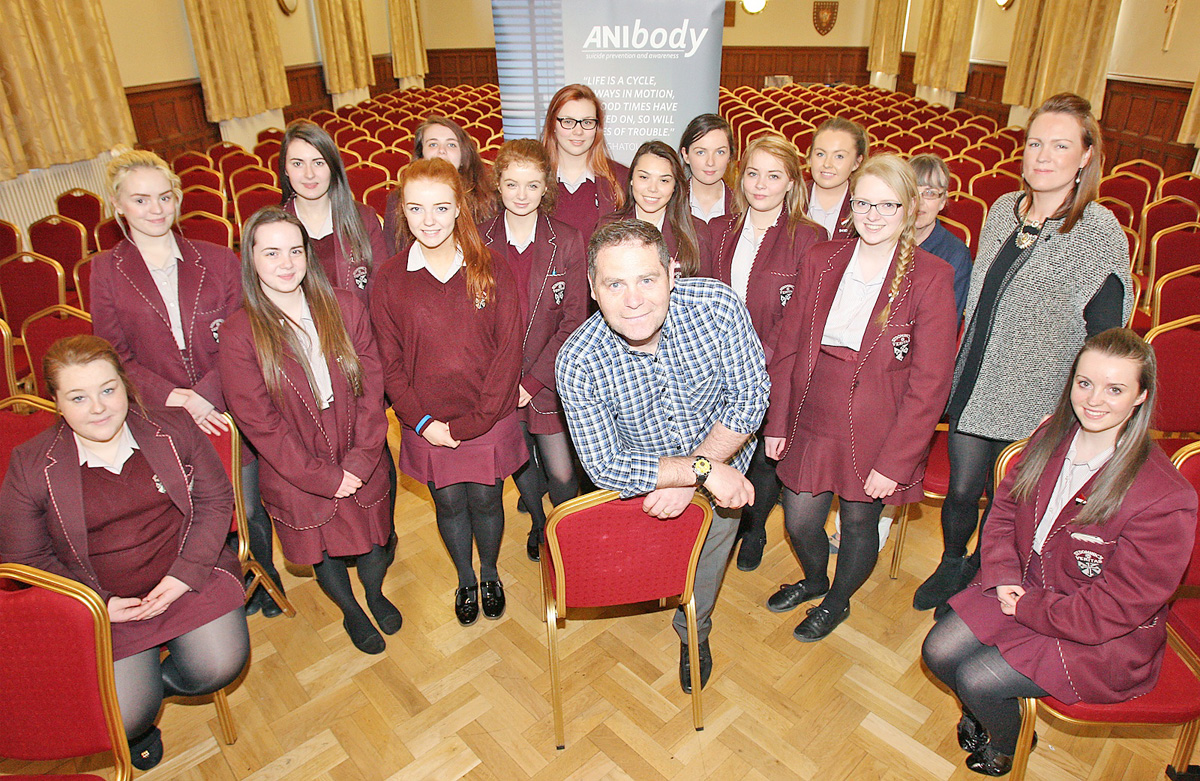 A Belfast man who lost his 17-year-old son to suicide has embarked on a new programme that aims to equip all schools in the north with training on suicide prevention and battling depression.

Philip McTaggart, who launched a personal crusade to battle the stigma preventing discussion of suicide shortly after the death of his son Philip in 2003, recently took a step back from his role as co-founder of PIPS (Public Initiative for the Prevention of Suicide and Self harm). He has since formed Mindskills, a not-for-profit company aimed at reaching out and providing intervention and prevention skills.

The company aims to deliver positive mental health training at a grassroots level and to that end it has embarked on a venture with IT giant Allstate to deliver suicide information programmes to secondary school children from the age of 16 and up.

The company has already delivered life coaching training programmes to teachers and students across Belfast, including schools such as Corpus Christi, Boys’ Model, Ashfield Girls’ School and Belfast Royal Academy.

Philip spent his son’s recent anniversary with students in St Dominic’s Grammar School for Girls, where he told Daily Belfast a difficult week had only spurred on his passion to encourage the fulfilment of life.

“We know that throughout this island the suicide rate continues to increase, we also know that in the report ‘Why Children Die’ it states very clearly that suicide in deprived areas has trebled,” he said. “The idea of this programme we are delivering through Mindskills and through Allstate is to give young people skills where they are able to deal with the pressures of life, motivate them, build up their confidence and install a sense of belief.

“When Philip died there wasn’t even a strategy available for parents or anyone dealing with suicide. People were left to deal with the situation on their own and there was still a lot of stigma around suicide. I believe that today there is more help and support available than ever before and I do believe that through the work and training we are doing we are helping to break down those barriers and that stigma.”

Philip said that the programme is currently tailored to school leavers who are dealing with the stress of exams and having to make difficult life choices outside of the classroom. But he’s hoping to make it widely available to groups of all ages with the aim of reducing suicide, mental health and self-harm risks throughout the city.

Vice Principal of St Dominic’s, Phyllis McNulty, said that both students and teachers had found the training both positive and enjoyable.

“Philip was very reassuring and he brought a positive outlook on the promotion of positive mental health rather than a negative one, which we found important in a school context,” she said.

“We trusted him as the expert and the one leading the training and he was very reassuring in his message that if this awareness can save even one life then it that it was a worthy cause.

Philip added: “It’s Allstate putting their head above the parapet here, it’s Allstate who are pushing this throughout the north and I would encourage all secondary schools, particularly in Belfast, to get in touch and by all means we will come into the school we will work with the young people.

“The other side of this is that it’s not just about equipping students and teachers with the skills to deal with risks, we also have established connections with a wide support network and we are there to offer help and support on a personal level to anyone that contacts us and get them the help they need.

“Personally, this week has been a difficult time but it reinforces my commitment to highlighting this issue, making sure people are aware of what the difficulties are, how we can help, how we can support each other and how we can move forward.”