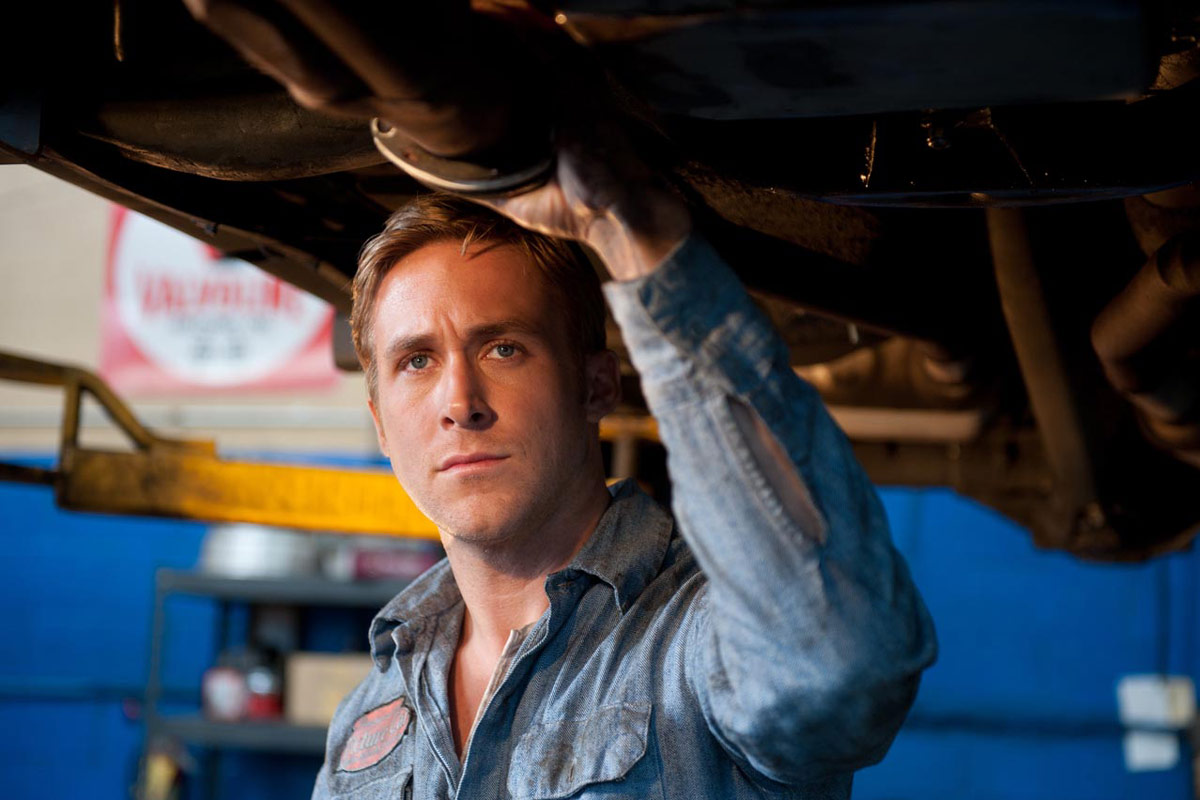 What's the story? If you're planning a robbery, there's one thing you can't possibly do without and that's a reliable and talented getaway driver.

And there's nobody more cool, calm and collected than a mysterious man with no name (Ryan Gosling), a man who keeps himself to himself and speaks only when absolutely necessary.

During the day, he's a mechanic at a grungy downtown garage but he also has an interesting sideline as a stunt driver in the movies. However, when dusk falls over LA, the driver is watching and waiting from within the shadows for the next opportunity.

When the driver sparks up a friendship with single mother Irene (Carey Mulligan) and her young son, it's not long before the two lonely hearts have fallen for one another.

When Irene's husband Standard (Oscar Isaac) is unexpectedly freed from prison, the driver finds himself forced to assist his girlfriend’s other half when he is set upon by a gang of violent thugs.

Standard owes a local mobster a lot of money and the driver agrees to help him by being his driver during a robbery, but when the heist goes horribly wrong, the driver finds himself in the middle of a dangerous and deadly game that threatens not only his life, but also Irene and her son's as well.

Dark, moody, atmospheric, directed with style, verve and a subtle hint of deadly grace, Drive is a seductive tale that manages to entangle a hint of romance into a web of crime, fear and violence.

The movie opens with a synth-heavy soundtrack and images of the mysterious driver cruising around a dark LA and, from this opening, it's hard not to draw comparisons with the controversial Grand Theft Auto video games.

However, let me assure you that Drive is superbly directed by Danish director Nicolas Winding Refn and, if you've seen the likes of Bronson starring Tom Hardy or even the Pusher trilogy, you'll know that this is a stylistic director who likes to play around with imagery and desires that dwell deep within the darkest pit of the human soul.

Ryan Gosling is fantastic as the driver, a man of few words. However, all we need to know is communicated with no more than a faint flicker of a smile or the whisper of a frown.

It's a role that's light on dialogue and, as mentioned, he speaks only when the need arises, yet Gosling manages to make the driver both a menacing and admirable character with no more than the might of his presence.

Carey Mulligan gives a very open and tender performance as Irene, a woman who falls for the good in the driver but comes to witness his darker side with horror and confusion.

There's also excellent support from Albert Brooks and Ron Perlman as two gangland bosses who are not to be messed with.

Drive burns with a slow yet constant intensity and, while it is seductive and tender in places, now and then it ruptures with terrible and explicit violence that delivers shock waves due to its intensity. It is, without a doubt, one of the best movies I've seen all year.