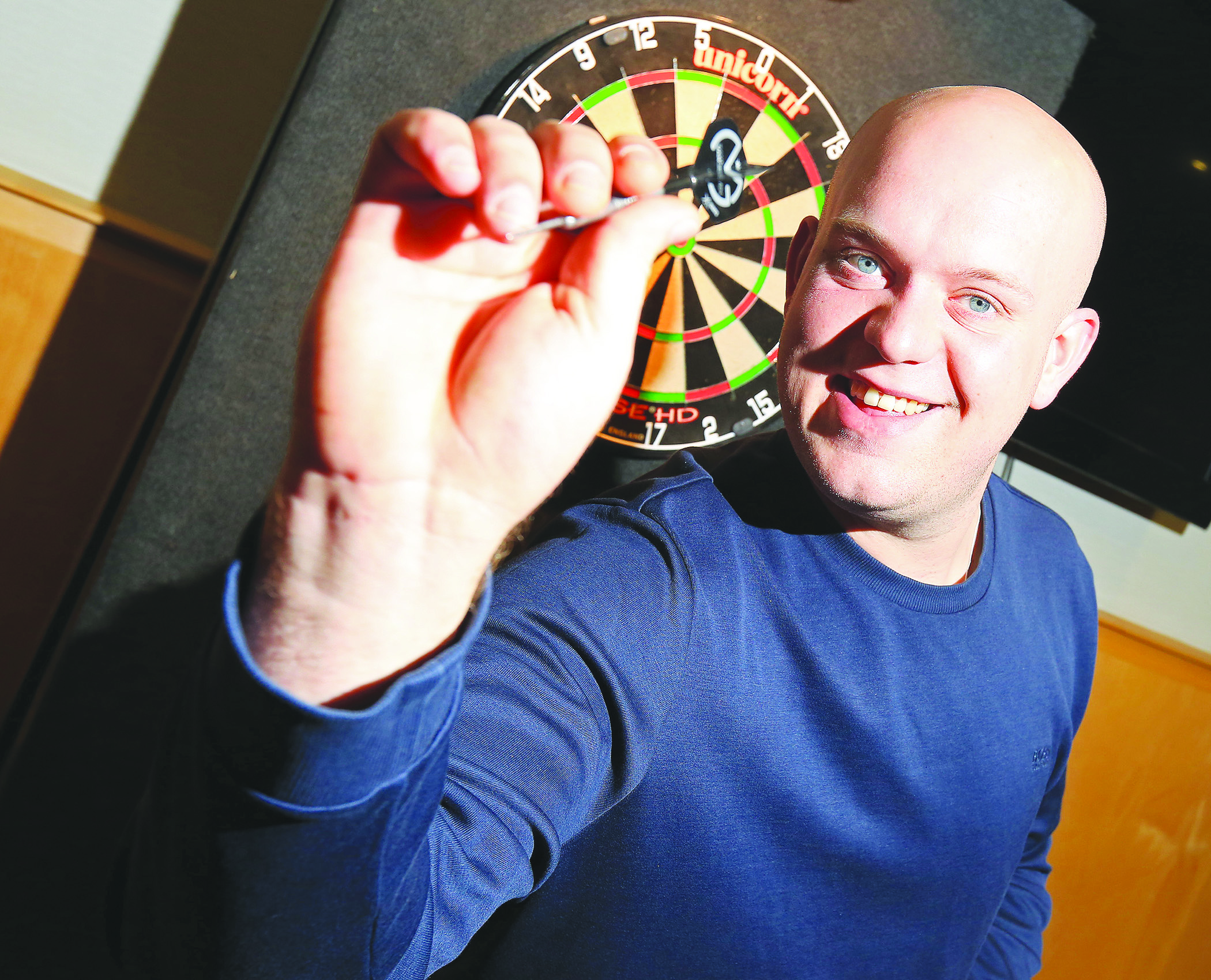 Michael van Gerwen will return to the Devenish Complex in Belfast in September when he competes in the Devenish Masters with Raymond van Barneveld, Vincent van der Voort and Daryl Gurney

WORLD number one, Michael Van Gerwen, is among a quartet of leading darts players who will return to Belfast for the Devenish Darts Masters in September.
Five-time world champion Raymond Van Barneveld will also be attendance along with fellow Dutch ace Vincent van der Voort and local darts star Daryl Gurney.

Van Gerwen says is he already looking forward to his return to the Devenish Complex, having played there before.

“I have been there (to the Devenish) once before but I was really ill and I promised them that I was coming back and I am coming back to Belfast on September 29,” said van Gerwen.

“Vincent, Raymond, and Daryl, the local fella, will be there and it will be a fantastic exhibition. I hope everyone comes down to see us - it will be a great night”

Both van Gerwen and van Barneveld were in Belfast last week for the Premier League of Darts at the SSE Arena.
‘Barney’ lost 7-5 to Phil Taylor while MVG played out a thrilling 6-6 draw with current world champion Gary Anderson. Adrian Lewis also hit a nine-dart finish on an incredible night of action in Belfast.

Van Gerwen, who played despite of an on-going back injury, is content with his form as he seeks to consolidate his top-four place in the Premier League.

“The Premier League is going well, I am still second and I have played a game less,” said van Gerwen.
“Everything is going well.

The Dutch ace has suffered from some ‘double trouble’ in recent weeks but he is confident he has ironed out his finishing woes.

“If I look at it that way, I still have the highest double percentage of anyone else in the Premier League,” said van Gerwen.
“My scoring is going well and my doubles is going well. Sometimes, I don’t do the right thing in the right moment.

“You have to accept that and move on and play better next time.

Sell-out crowds are the norm for the Premier League elite and the world number one says he has become accustomed to playing to bumper audiences in the biggest arenas in the UK and Ireland and enjoys the support he receives on this side of the Irish sea.

“For us, it is just normal,” said van Gerwen.
“It is the same for someone else going to do their job. I am used to the crowds – the bigger, the better.

“I always get a great support in Ireland. I like having the crowd on my side. You still have to perform really well.”

While van Gerwen enjoys great support in Ireland, his Dutch counterpart, van Barneveld is also a hugely popular figure in the sport and ‘Barney’ is also relishing the chance to return to the Devenish.

“I remember this being a fantastic event,” said van Barneveld.

“The crowd that night were superb and entertained us as much as we entertained them and I would love to come back to the place and produce something special.”

Van der Voort is a former European Tour winner and UK Open finalist and is well-known for his rapid throwing style while Gurney has rose through the ranks in the last few years.
The Derry native reached a European Tour final and defeated Gary Anderson on a fabulous run to the semi-finals of the 2015 Players Championship.

Tickets are now on sale to see the world’s top darts aces, with VIP and general options available via www.devenishcomplex.com
Early booking is advised to avoid disappointment.
For further information please call 028 9030 1154 or email info@devenishcomplex.com.