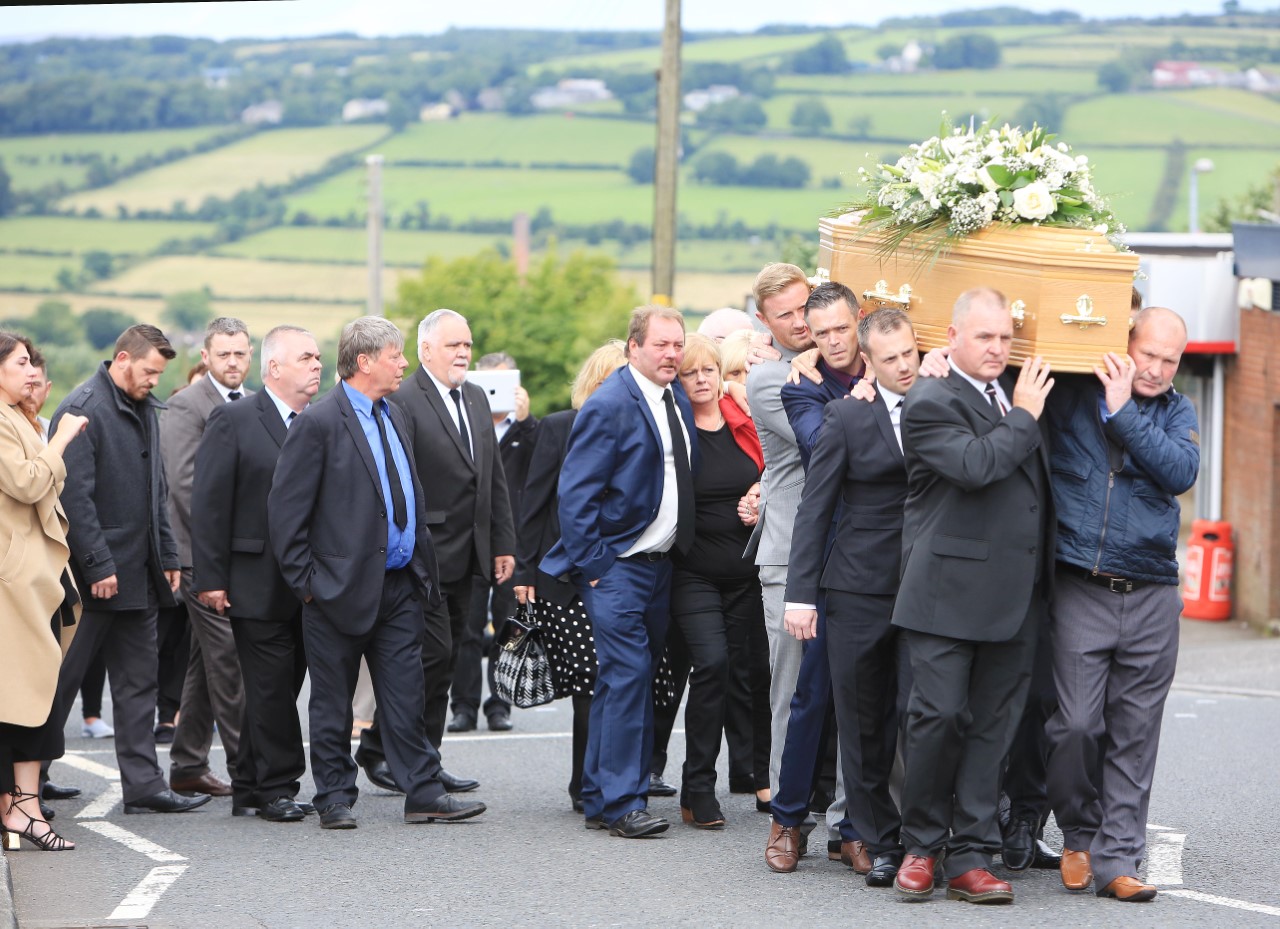 Hundreds of mourners turned out for Dean’s funeral yesterday

THE man thanked by the family of Dean McIlwaine for finding his body on Cave Hill is the same person who saved the life of a German student in November after she fell off the Napoleon’s Nose.

David McCrum says he found Dean’s body in the same place where he discovered Sonja Klinger in November.

And he told the North Belfast News Dean would have been found sooner had the summer vegetation growth not been so thick. He had planned to search the area where Sonja had been found previously but was unprepared for the difficulty of the terrain.

“I found Dean roughly where the wee girl was found. I had been up a couple of days previously but the vegetation was so heavy I had to retreat,” he said.

It was only when David returned with proper gear and some extra volunteers that he was able to penetrate the area.

“That area looks like it’s a sheer drop so not too many people go there. When I found Sonja it was the winter and the vegetation was a lot less.”

The German student was close to death before David found her thanks to his perseverance. He had been running on Cave Hill with his friend when they found her wallet but after raising the alarm, David went back up to continue to search and discovered Sonja lying in hollow. He was then able to raise the alarm and she was helicoptered off the hill.

David says he wishes he had have been able to find Dean sooner.

“I think it’s natural you ask yourself why you didn’t go there sooner, that you ask yourself these questions but I’m just glad I was able to help get Dean back to his family and he can now be laid to rest.”

Through his heroic efforts David has built up a good relationship with both Dean’s family and Sonja, who he will be travelling to Germany to visit soon.

“Sonja is doing great. She’s just had an operation on her back to improve her stability. We talk all the time and I’m going to go across and meet her and we are going to climb Germany’s highest mountain together.”

Meanwhile, Dean’s family have thanked everyone who helped in the search for the Newtownabbey man, including Ardoyne Councillor Paul McCusker and David.