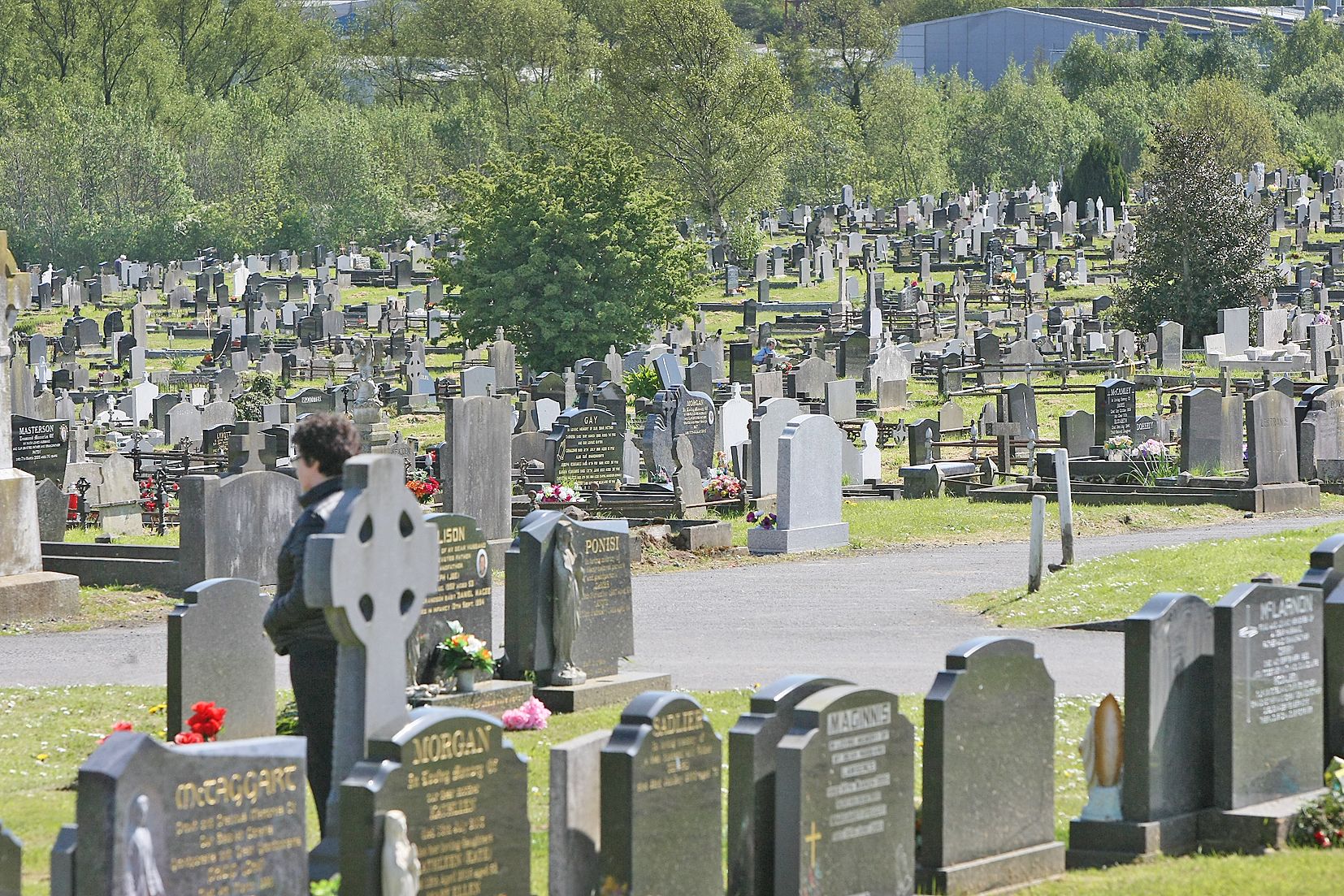 MILLTOWN: It’s been falsely claimed ethnic minorities are taking over when it comes to burial space

IN response to another right-wing comment about immigration, a Mr Picket says that in the old days, they tarred us. They then feathered us. Lastly, they ran us out of town.

These are modern spokesmen of Northern Ireland who alleged that immigration control is basically a joke. I heard one say there are more blacks here now than ever before. They would rather lie that immigration has multiplied tenfold, that if these illegal numbers if not kept under wraps such heritage sites like the yellow Samson and Goliath cranes of Belfast will be demolished for migrants to have space to live.

Right-wing think tanks would rather suggest that even in cemeteries ethnic minorities are taking over. Now this can't be true. I don't know if the funeral undertakers here profile their customers and if they do, the last time I checked many minority communities in Northern Ireland pack their dead in costly coffins and send them back home for their cultural reasons.

There are many facts that are not worth the argument because if you line them up the reactionaries will try to slam-dunk you. Strange times when humans are suffering the consequences of a viral attack and some choose the tribal route.

Another one said, “abetting immigrants”. What is that, even? I am allowed to break the English language because it is not my mother tongue, as you can tell by now.

To claim that the Conservative Party in London or their surrogates in Northern Ireland are encouraging immigration is a very false claim. There is no country here in the West which has absorbed the numbers at Dadaab Refugee Camp in Kenya apart from Germany. If you are not in Germany, you are wasting your time talking about a high number of refugees and asylum seekers, you are only making loud noise.

The UK has a significant and growing proportion of elderly people and that is the truth. Who will replace the numbers? When you see the thick-haired Eritreans walking or cycling up and down the streets of Belfast, salute this new trend of cultural mix.

I strongly believe that social and political stability in Northern Ireland is now also dependent on the diversity brought by immigration. Many fear to admit that migration trends here can have unreported consequences, like bringing peace and stability. They are afraid of being labelled bleeding heart liberals.

But there can be less tension in so-called interface areas, basically places that are facing the utmost poverty, social deprivation and forget-them attitudes. These areas are important when diverse communities mingle from childhood to adulthood, new trends are likely to start.

Does this sound very simple? Does anyone remember the lorryload of 39 dead Vietnamese people and our very own Irish connection? I believe that borders should be open to any person wanting improve their lot by contributing to any economy or jurisdiction in the world. I am very sure that day will come.

Elly Omondi Odhiambo is a writer based in Belfast. ellyomondi@gmail.com