’Duff reserves lose out to An Ríocht 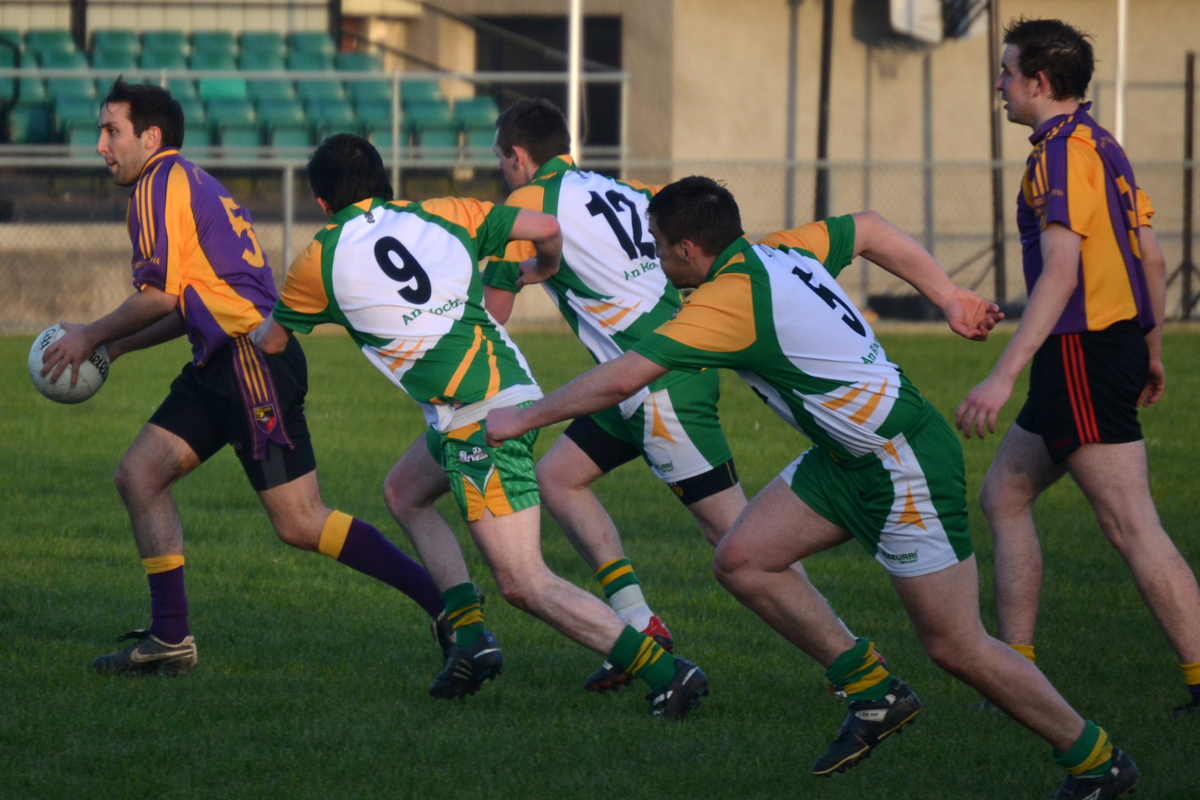 Carryduff’s reserves lost by two points at Dunavil when they met An Ríocht on Sunday evening.

Despite trailing by seven points at one stage in the first half, a spirited performance saw Carryduff claw their way back into the game to leave the home side leading by the slenderest of margins on a score-line of 1-07 to 1-06 at half time.

Some fundamental mistakes and wayward passing saw Carryduff make life difficult for themselves in the second half and An Ríocht capitalised to hold out for a two-point victory on a score-line of An Ríocht 2-11   Carryduff 2-09.

Despite starting well and leading for the first 20 minutes of the first half, Carryduff suffered a humiliating defeat when they travelled to meet Pearse Ógs of Dundalk on Monday evening.

A general malaise appeared to disrupt the squad who appeared to lose all focus when Pearse Ógs rattled over three consecutive points between the 18th and 23rd minutes of the first half.

Carryduff failed to respond and then allowed the Pearses to add two soft goals and further points to their tally before the break to leave the half time score Pearse Ógs 2-07 Carryduff 0-05.

The second half was simply one-way traffic as Carryduff simply capitulated to the opposition.

Too many players failed to respond to the challenge and Carryduff failed to score at all in the second half. Pearse Ógs ran out convincing winners on a scoreline of 6-12 to 0-05.

The committee and members are saddened to learn of the deaths of: John McCormick - beloved father of our member and senior hurling manager Justin and offer sincere sympathy to the family circle.

Our Lady Queen of the Gael pray for them.  Ar dheis Dé go raibh a anamacha dílís.

There are only a limited number of tickets available for the much anticipated ‘Strictly Come Dancing’ (Proudly sponsored by Sentel) at the La Mon House Hotel on Friday 13 April.

Please ensure you are not disappointed by purchasing your tickets for the night ASAP.