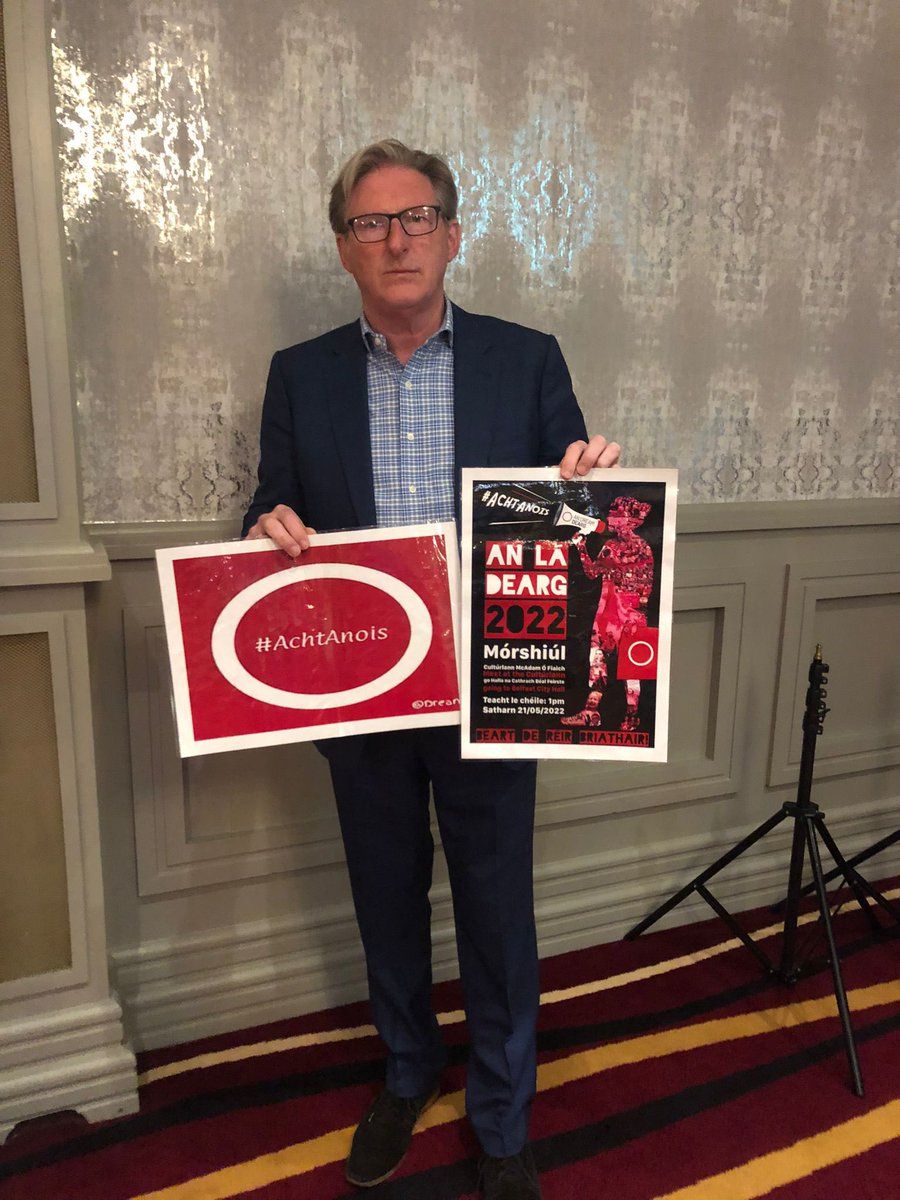 The homegrown acting heroes have come on board to promote the march, which will assemble at An Chultúrlann at 1pm.

Saturday's demonstration will see buses of people from across the country come to Belfast to demand the implementation of Irish language legislation. The campaign is backed by schools, sporting clubs, community organisations and more.

Dunbar and Nesbitt join a long list of famous faces who support the call for Irish language legislation.

West Belfast boxer Michael Conlan and GAA stars Neil McManus, Cathy Carey and Rory Grugan were amongst some 1,000 people who singed the letter.