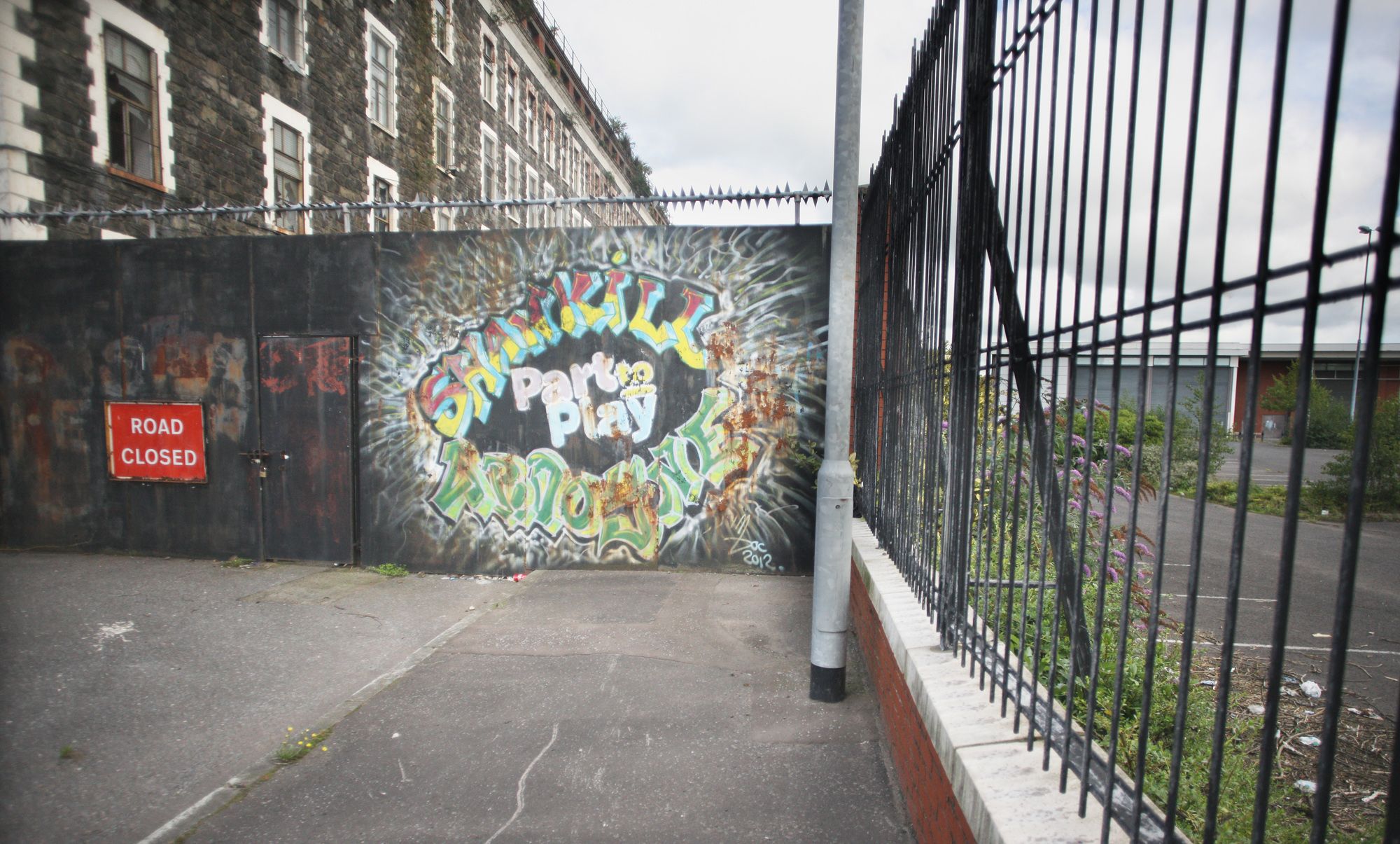 ROAD CLOSED: The interface on Flax Street which is set to be reopened after 30 years

THE  DUP in North Belfast say they will oppose any attempt to remove the barrier at Flax Street in Ardoyne.

Their renewed opposition comes after the Department for Justice (DoJ) this week signalled their intent to replace the existing double barriers on Flax Street with automated and remotely-operated vehicular and pedestrian access gates.

The long-standing steel barricade which has been in place since the 1980s would lead onto the Crumlin Road if re-opened.

SDLP councillor Paul McCusker, who called for Flax Street to be re-opened after traffic congestion led to a schoolboy being knocked down, welcomed the news from the DoJ.

“It’s the Department of Justice intention to replace the two existing barriers at Flax Street with one security gate providing pedestrian and vehicular access on to the Crumlin Road,” he said.

“There has been concerns raised for a number of years regarding traffic congestion on Flax Street and Brompton Park and this will help improve this while providing access to bus stops and shops on the Crumlin Road.

“I have asked the DoJ to keep organisations and residents updated of their plans on the reopening of Flax Street.”

“We have made this position clear on numerous occasions to the police, to Departmental officials and to Council officers.”

The Department of Justice said they will seek up-to-date views about the Flax Street barrier from local Ardoyne residents.

A Department of Justice spokesperson said: “People living in interface communities, in North Belfast and elsewhere, have demonstrated that they are keen to see security barriers or ‘peace walls’ removed.

“Barriers erected over 30 years ago, such as those on Flax Street, cause a significant impediment to local people going about their daily business.

“The Department has consulted residents of the nearby Woodvale area about the opening of a newly installed gate in the existing Woodvale interface wall – at Columbia Street – and also sought views about the re-opening of Flax Street.

“We will also seek up-to-date views from residents of the Ardoyne area.

“It is the Department’s intention to replace the existing double barriers on Flax Street with automated and remotely-operated vehicular and pedestrian access gates.

“This will help retain appropriate security infrastructure at this location, whilst facilitating the movement of people and vehicles at set times each day; similar to other interface security gates that operate across the city.

“Recent news about potential new anchor tenants for the adjacent vacant Hillview Retail Park is a welcome development and one that will hopefully offer job opportunities for local people and accessible services for nearby residents.

“The Department will continue to engage elected, community and other stakeholders as details of the proposed changes are developed.”