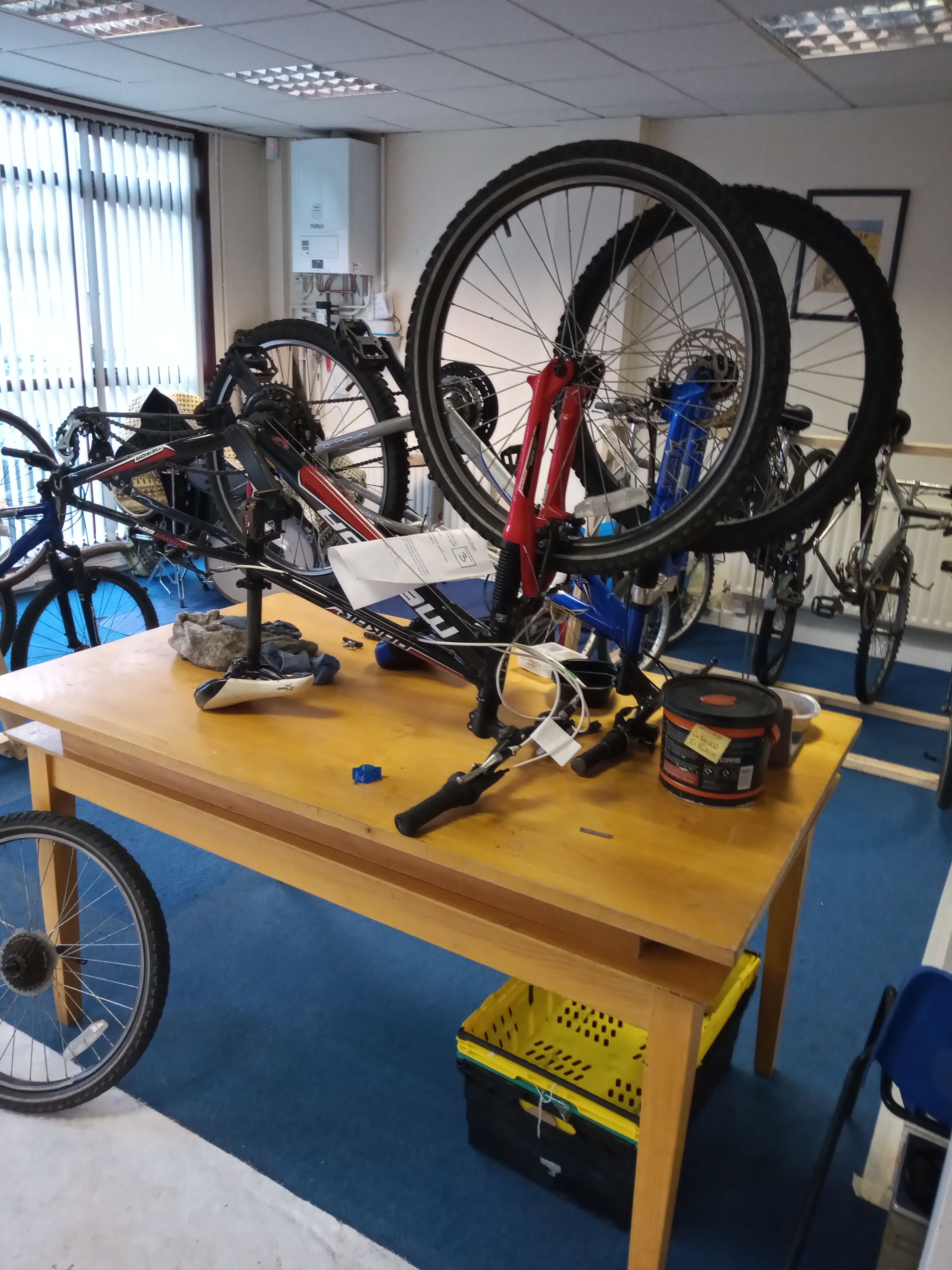 MOBILE WORKSHOP: Some of the bikes being reconditioned

THIS week I met three gentlemen doing worthy work for the refugee and asylum-seeker community here in Belfast. I went to the newly established All Nations Ministries Bike Workshop.

They opened in January this year with a mission to support refugee families and individuals who were in need of bicycles to get them from point A to B. Ultimately, poverty is the underlying factor of why these families cannot move around the city to do shopping at far distances for specific things they want.

The same poverty of mobility to many areas reduces their chances of clearly learning the street names, socialising with their new friends and just wanting to improve their living standards.

So one day, Mr Carson Bell, a retired aircraft engineer and manager, sat down with his friend and colleague Mr David Maganda to imagine what else they can do in society to support communities. They had already met several times in their church prayer venues for other charity work. So, David tells Carsonl that he has a few pushbikes at the back of the house which he wants to keep in storage.

"We got many bicycles but we did not want to be overwhelmed because we don’t have enough skilled volunteers and space to store the bicycles that we are restoring.”

“So when David asked me if I knew where we could store these bicycles, I asked him what were his plans with them,” said Carson. “He said he wanted to give them to refugees. I then told David that we would need to repair them first before giving them out because they looked in need of intervention.

“So we started looking for ideas about where to do this and, by God’s grace, we got a place here in Malone area. We got many bicycles but we did not want to be overwhelmed because we don’t have enough skilled volunteers and space to store the bicycles that we are restoring.”

So they started off with the four bicycles and up to now they have restored 24. The Covid lockdowns slowed their repair work because the workshop had to close for four months. Most people who have donated the bicycles have done it out of compassion and also because they have grown out of them.

Some of the bicycles which have come to the workshop are too badly damaged to be restored. Carson does all the safety and quality assurance checks on the finished bicycles because, for him, this is more important than just giving away a bicycle. They keep strict records on what they have done to repair the bicycles, and which families or individuals received them. They aim at always handing away the completed bicycle to those in the most urgent need in the poverty line among their refugee clients.

“So far we have released 24 bikes into the community,” adds Carson. “We are working in this space within the Covid protocols and so we have separate areas to keep all volunteers here safe. We do hope to expand our work to teach and share knowledge with the refugee community about how to fix basic things on the two-wheeler first.

“We do have a strategic plan, a long-term one, and in it we include the training programme as one of the most crucial.”

Currently, the workshop is getting a lot of help from one of their main volunteers, Stephen, who has a lot of knowledge about restoration.

The recycling sector has its own challenges, but for this charity, financial roadblocks are more evident. They say that they have to maintain good working conditions at their premises and that means heating the building to keep everyone warm as they work. This costs a lot of money and so they hope that well-wishers and other sources may fund their project. The workshop operates under the stewardship of All Nations Ministries which has been doing a lot of philanthropic and pastoral work with migrant communities for a long time. They do not believe in a sectarian way of thinking. To the organisation, everyone is equal and should be able to benefit from their work.

David and Carson spoke of the glow of joy families show when they receive the restored bikes. During the pandemic, bicycles have become more expensive and if the free restored ones can be donated to refugees, that is a someone’s life changed for the better.