EDITORIAL - WE SAY: British bungling over Brexit deadline may yet open up space to mitigate damage 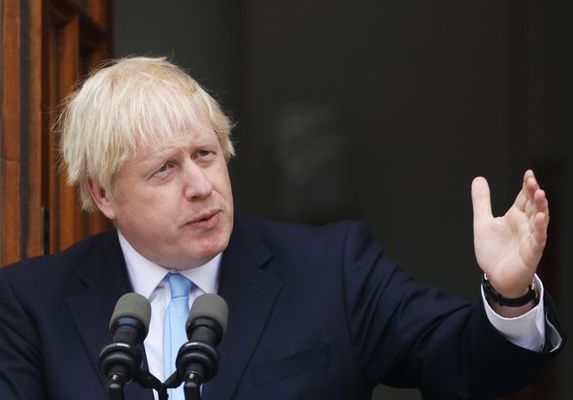 PATHETIC: Boris Johnson's government has pledged to complete EU exit negotiations by year end but their record of keeping deadlines is "pathetic" Rollingnews,ie

A FINDING in the long-overdue Russia Report that the UK government “actively avoided” looking for evidence of Russian inferference in the 2016 EU referendum will come as no surprise to those of us who have been paying attention to the increasingly close and toxic relationship in recent years between senior Tories and obscenely wealthy, London-based oligarch friends of Vladimir Putin.

Russian meddling in UK affairs is of little or no interest to us.

If the British people are content to look the other way while their elected government trousers millions and millions in seen and unseen donations from malign foreign actors, that is their affair.

The one and only interest that we have in this grubby affair lies in repairing – or perhaps now even reversing – the damage that has been caused to people and businesses by a referendum which featured not only unprecedented efforts by Moscow to influence the outcome, but which saw the the Leave side and its alphabetti spaghetti of associated and arms-length groups attempt to drown UK democracy in a torrent of lies and black money.

Prime Minister Boris Johnson was quick out of the traps to refuse a request from the compilers of the report – the Intelligence and Security Committee – for an inquiry into the UK’s failure to investigate the Russia claims. That refusal chimes perfectly with the failure to investigate the Russia interference allegations as it underlines the absolute determination of the British government not to look under the bed for fear of what it might find there; or perhaps we might more accurately say, for fear of what it knows is there.

Leaving the European Union was an act of immense national self-harm by London, and when it punched itself in the face it cared nothing about Belfast, Edinburgh and Cardiff being spattered with blood.

While there are significant mitigations for Irish citizens personally in the north through their holding of Irish passports, it remains the case that the fact of being technically located in the United Kingdom will still mean significant long-term disadvantages, both in terms of how people here live their lives and how businesses keep people in jobs.

The UK has officially left the EU and is midway through the transition year, during which it continues to adhere to EU rules and regulations.

The idea that the work that needed to be done to avoid a disastrous no-deal exit could be done in a year was already fantastically optimistic, but with the Covid pandemic having consumed so much of the British government’s physical and financial resources, the job is now an impossible one.

Mr Johnson continues to argue that there will be no extension of the transition year, but his government’s record on sticking to deadlines is, to be frank, a pathetic one. If we do remain under the EU umbrella after December 31, that will open up a positive space for pro-Remain politicians here and in Britain to further minimise the damage of a referendum as discredited as the government implementing it.