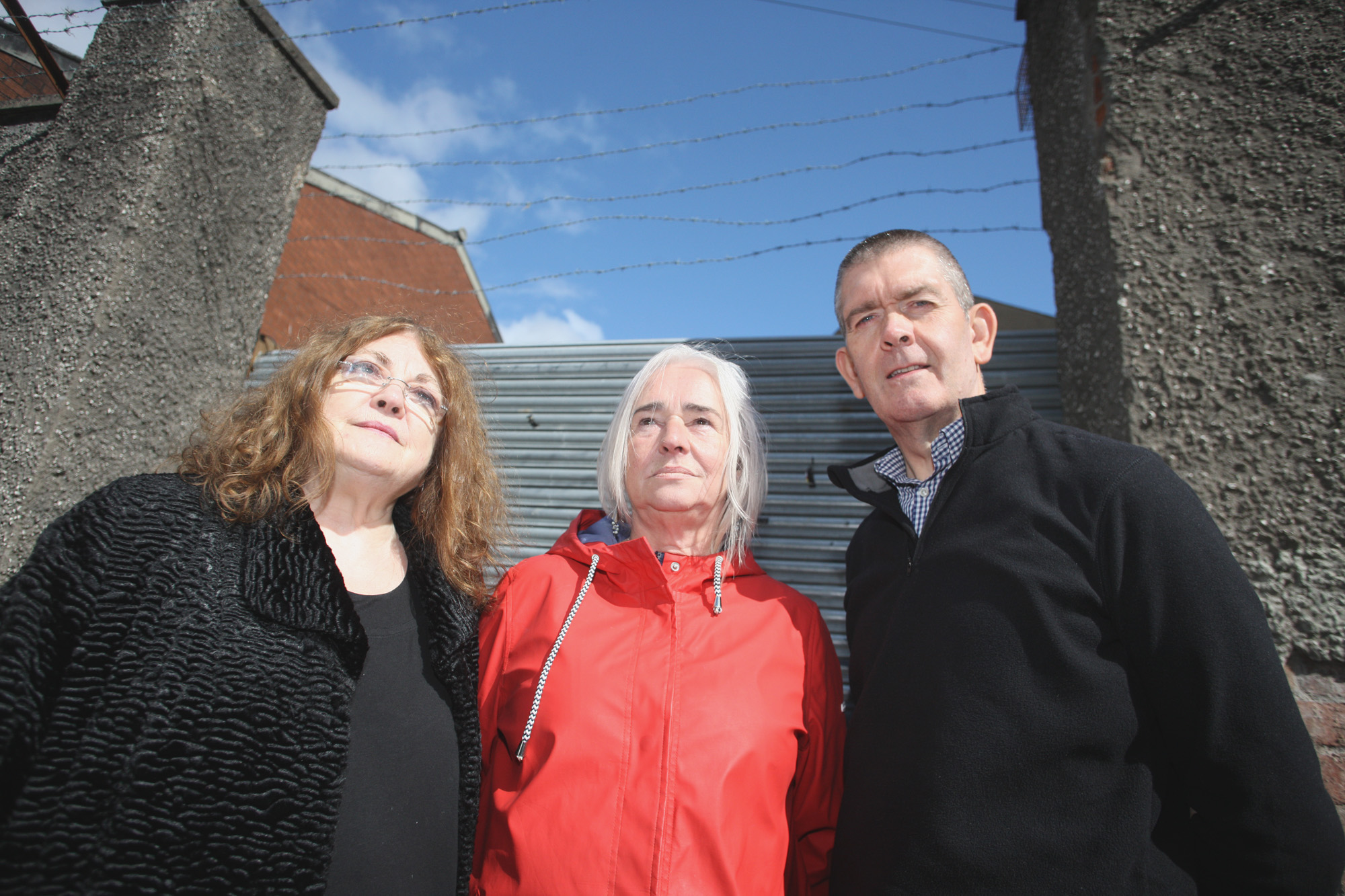 A NORTH Belfast residents’ group has called on a Portadown-based housing association to listen to the concerns of local people.
In April, Belfast City Council unanimously rejected a proposal by South Ulster Housing Association (SUHA) to build 15 apartments in Eia Street off the Antrim Road. However, at a recent meeting with local political representatives and the Waterworks Residents’ Association, SUHA said they had appealed the Council’s decision at the eleventh hour.
Local community worker Manus Maguire, from the Cliftonville Community Regeneration Forum, is working alongside local residents to fight the application.
“They put in an appeal at the eleventh hour, it was a bombshell dropped at the meeting,” he said.
“What is needed is family homes and not stacked up apartments. Family homes is a priority in an area of such high demand. It is ridiculous that a housing association who know nothing about North Belfast want to shove 15 apartments into such a small space.
“We have asked them to withdraw their appeal so we can actually engage in meaningful dialogue to build what is needed in the community. If they don’t withdraw the appeal, we will fight it. We will then be wasting time on fighting an application to build apartments which are simply not needed. We need to stand up for what is needed which is family homes.
“At the meeting, we informed them of our work with a local architect on plans to build five family homes on the site. However, I was totally unimpressed by them and their attitude.”
A spokesperson for the Waterworks Residents’ Association called on councillors to assist local people.
“We are trying to hold back the tide of dereliction in an Area of Townshape Character. We want to reiterate local people’s opposition to this development and express our concern that it may still go ahead.
“We note that SUHA have built high quality homes in their catchment area of Portadown and in Newry and Lurgan. In contrast, this development seeks to squash 41 people into small confined spaces – basically dinettes.
“We appeal once again to common sense and ask that councillors assist local people in trying to hold back the rising tide of dereliction in our street.”
Sinn Féin MLA Carál Ní Chuilín, who attended the meeting, called on SUHA to withdraw their appeal to the Planning Committee.
“I am not happy with the approach SUHA have taken to the proposed development in Eia Street, particularly how they have dealt with residents,” she said. “I, along with my party colleague Councillor Mary Clarke and local residents met South Ulster Housing Association and I found their approach to be very different from that of other housing associations.
“It is clear they are more interesting in making this development financially viable, rather than being concerned with the long-term sustainability of the local community. South Ulster Housing Association seem determined to carry on with their own plans, regardless of the clear need for family homes in this area.
“The residents asked SUHA to withdraw their appeal to the Planning Appeals Commission and we support them. We are asking for openness and a new approach with residents from South Ulster Housing. Their failing to inform residents of their appeal was poor and bad practice.”
A spokesperson for South Ulster Housing Association (SUHA) said: “We had a meeting with the Waterworks Residents’ Association two weeks ago and their architect is to make contact with our architect with details of their preferred design. We expect that a meeting will follow. The need in the North Belfast area is determined by the waiting list compiled by the NIHE and the overwhelmingly need is for one and two bedroom accommodation.”