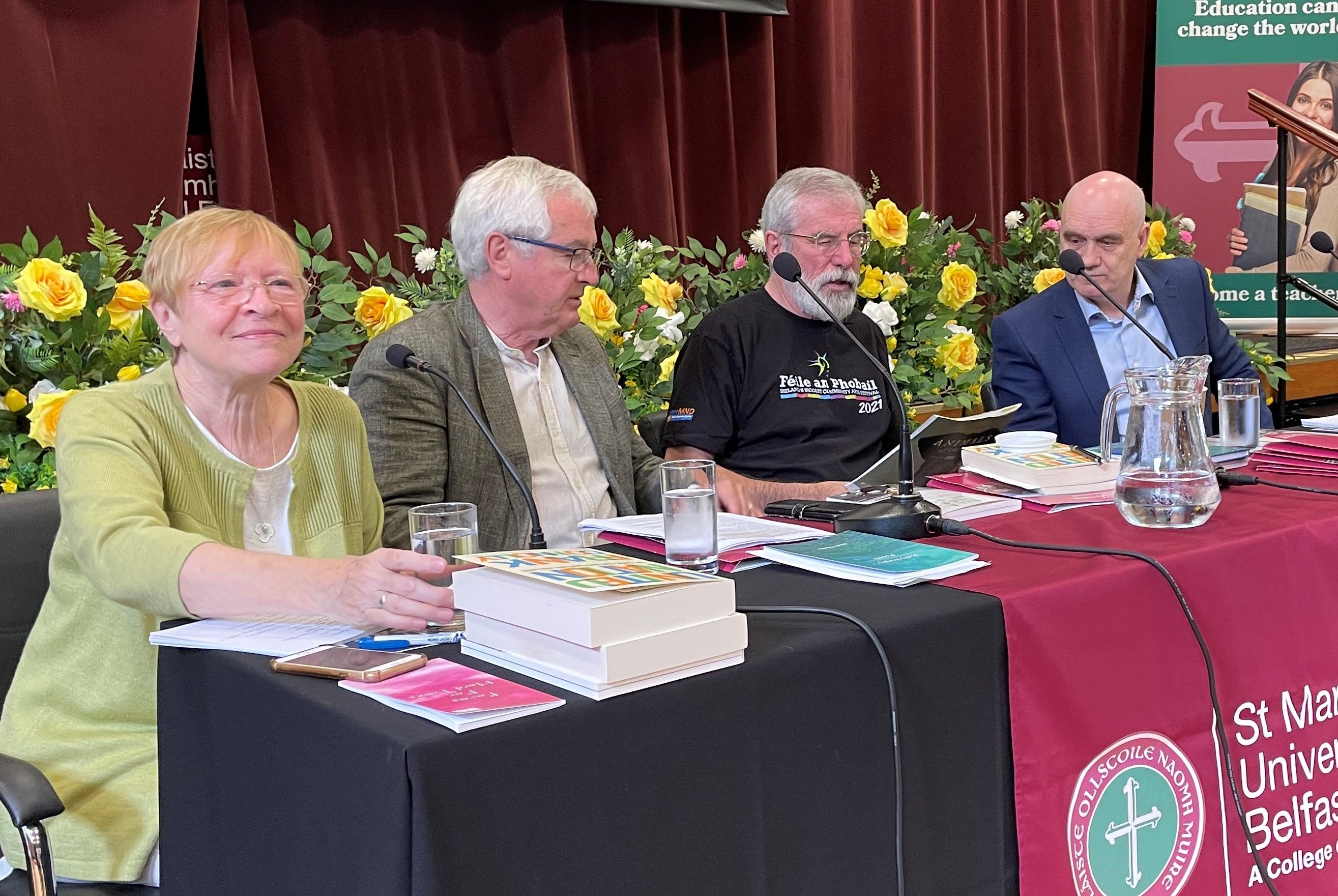 CHAIR: Eilish Rooney at a Féile an Phobail event

Eilish Rooney has been announced as the independent chair of the Belfast People's Assembly, organised by Sinn Féin for the Waterfront Hall next month.

The event will take place on the 12 October in the Waterfront Hall. Sinn Féin National Party Chairperson Declan Kearney is the chair of the Commission on the Future of Ireland established by Sinn Féin a year ago to encourage discussion about constitutional change and Irish unity.

Eilish Rooney grew up in Ballymurphy and was educated at St Rose’s Secondary School, Belfast. She went to Queen’s university as a mature student and is a mother of two children. She joined Ulster University as a lecturer in Community Studies and along with colleagues there, she introduced the degree in Community Development.

Commenting on accepting the role of Independent Chair Eilish Rooney said: “I am pleased to have been asked to chair the ‘Have your Say’ conference organised by Sinn Féin for 12 October. The conference is an invitation to all the citizens of Belfast to join in conversations taking place across the island about our constitutional futures.

"Last week’s census, the recent election results, and successive post-Brexit opinion polls have reinforced the widely held belief that there is a growing desire for constitutional change. The Ireland’s Future event this Saturday, and the breadth of speakers from all sectors of society on this island, is clear evidence that more and more people are looking forward to a future that is different from the past. It is a future where the resources of the island are shared by the people of the island.

"But what kind of constitutional change do people want? What governance structures will be needed? How do we protect the human, cultural and economic rights of all citizens? How do we prepare for constitutional change? For the answers to these and other questions, we need dialogue. The People's Assembly in the Waterfront Hall on 12 October is a part of encouraging transparent, democratic, and inclusive dialogue. It is a forum through which many of these questions can be asked and the process of finding democratic solutions can be found. It is a place to have your say.”

Declan Kearney said: “I am delighted that Eilish Rooney has agreed to act as independent Chair for the Belfast People's Assembly on 12 October. Following so soon after the Ireland’s Future event in Dublin the Belfast conference will provide an opportunity to continue the process of building on the momentum for constitutional change.”

Anyone wishing to register to attend the Belfast People's Assembly should do so as soon as possible due to limited space in the Waterfront Studio. You can register here.

An online submission can be made by accessing here.