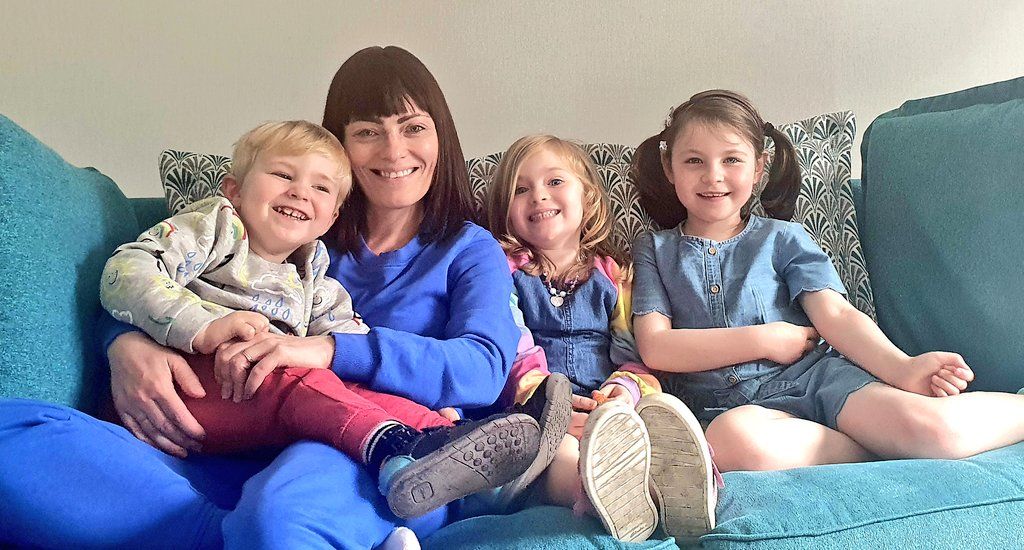 BACK HOME: Nichola Mallon relaxes with her children after the count

COMMISERATIONS have been paid to Nichola Mallon after the SDLP candidate lost out on an Assembly seat in North Belfast.

In what was a close and hotly-contested battle, Alliance's Nuala McAllister was elected at the expense of the SDLP Deputy Leader and former Infrastructure Minister.

Ms McAllister was elected along with Sinn Féin's Gerry Kelly and Carál Ní Chuilín alongside first-time DUP MLAs Phillip Brett and Brian Kingston for the constituency.

Sinn Féin MLA Gerry Kelly spoke on behalf of himself and colleague Carál Ní Chuilín who were both re-elected after meeting the quota from first preference votes.

"Carál and myself are both delighted to be re-elected again to serve North Belfast," he said. "A huge thanks to voters who gave us their first preference vote who knew this election was very special.

"A word of thanks for work of Nichola Mallon. Politics is brutal but my thoughts are with her and the service she has given to North Belfast.

"Sinn Féin went into this election with the promise to do something on issues that matter to people such as the cost of living and health. This is a democratic vote and I hope we can move ahead for the people who elected us."

DUP man Phillip Brett dedicated his election victory to his late father, Michael and brother, Gavin, who was shot dead as he stood with Catholic friends close to Naomh Éanna GAC in a sectarian drive-by shooting carried out by the UDA’s South East Antrim brigade in 2001. It's believed the killers thought he was a Catholic.

"I want to thank the people who have given me the honour of a lifetime to represent them at the Northern Ireland Assembly," he said.

"I want to pay tribute to outgoing DUP MLAs Paula Bradley and William Humphrey who served the people of North Belfast very well for many years.

"I want to dedicate this victory to my dad, who epitomised what I want to do and work for everyone in North Belfast, and my brother.

"I want to commiserate with all those who weren’t elected. It takes guts to put yourself forward for election. It is now time to work and deliver for North Belfast but it must be done on the basis of fairness for everyone."

"I want to thank people who voted and helped return two DUP MLAs for North Belfast," he said.

"Throughout our campaign, we have not focused on negativity but focused on engaging with the public on their doorsteps, listening to their needs, explaining our priorities and standing on our track record of delivering in North Belfast.

"People are voted for a party with substance, a party with a strategy of strength to deliver and a party whose representatives are dedicated to their service in the community.

"We have seen the consequences of division within the Unionist vote, resulting in seats being lost and that is a luxury which we cannot afford. It is an issue which all Unionist parties must address.

"I am committed to building on that strong quality DUP representation over the years and I am committed to working with party colleagues, local communities and statutory bodies to deliver positive outcomes in response to local needs."

Alliance MLA Nuala McAllister said she is committed to delivering for all people across North Belfast.

"It has been a great day for the people who put their trust in Alliance because what we have shown is a positive and progressive image and we will deliver for you.

"I am so proud to be your North Belfast MLA and I am so excited to continue the work from Belfast City Council to the Assembly for all the people across the constituency in North Belfast.

Politics is a difficult game and I want to pay tribute to all of the work that Nichola Mallon has done and I know we have not seen the end of her."

Posting on social media after missing out on re-election, Nichola Mallon said: "It has been a privilege to serve the people of North Belfast as a Councillor and then a MLA for the past 12 years.

It has been a privilege to serve the people of North Belfast as a Councillor and then a MLA for the past 12 years. I want to thank every single person who came out to vote for me over that time. Time for a new chapter and lots and lots of time with these three. pic.twitter.com/DqaFJN8kS1

"I want to thank every single person who came out to vote for me over that time. Time for a new chapter and lots and lots of time with these three."