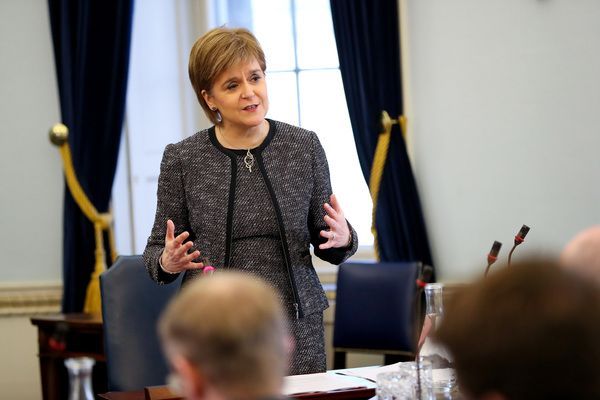 IT was maybe not the wittiest exchange in the history of the House of Commons.

But if you want to understand where Scotland stands you could do worse than lug in to a bit of parliamentary banter last week.

Brace yourself – as so often in Scottish politics – for some very lame gags.

Mhairi Black, the SNP MP for Paisley, was quizzing a Scotland Office minister called Iain Stewart, who represents – as weird as this sounds – the English new town of Milton Keynes.

Unions have to be voluntary if they're to work. pic.twitter.com/kOttiQ3PRE

Ms Black, a former baby of the house, seems to rub along well with her opponents. So Mr Stewart decided to end his answer by congratulating her on her recent wedding. “Although we will disagree on many subjects, on this one I hope we can agree that a Union is better than independence,” he quipped.

Geddit? This is an old joke. But Ms Black still laughed out loud before answering with an equally cheesy if slightly fresher punchline.

“I would like to remind him,” she said, "that unions have to be voluntary.”

Scottish political partisans have a long-standing – and far from always funny habit – of using marriage metaphors for the relationship between Scotland and England, usually forgetting Northern Ireland and Wales as they do so.

🧵 Most voters have made up their minds on Scottish independence – but who are the waverers?
8% of Scots who’d be very likely to vote in #indyref2 told @IpsosScotland that they were undecided whether to vote Yes or No… (1/3) pic.twitter.com/6BwbBc4kgP

There are Scottish nationalists who – offensively, say their opponents, and good few of their allies too – occasional portray their country as an abused or gaslit spouse. Old school unionists, some anyway, like to talk of a painful divorce in a family of nations. It is all a bit gauche.

But the Commons patter between Mr Stewart and Ms Black, I think, unintentionally gets to the heart of where rivals stand over Scotland. It poses really tricky questions about a state without a single written constitution, without a universally agreed sense of itself.

Is the UK a union, a multi-national state? And if it is, is this union voluntary? Can one or more members of the union leave of its own accord?

Or is the UK, as is increasingly argued by British nationalists, an indivisible nation state? A country in its own right, not a country of countries?

Last week Nicola Sturgeon decided to put these nerdy and theoretical questions to a real live stress test, both political and judicial.

She announced an independence referendum, to take place in October next year. And she said her law officers would ask the UK’s Supreme Court, the ultimate legal arbiter of devolution questions, if this was OK. There was more. If the judges say No to what – in Scottish political jargon is called indyref2 – she would treat the next UK general election as a de facto plebiscite on independence.

Gosh. This is all getting a bit complicated, isn’t? Hence the “voluntary union” chat. Pro-independence leaders – with their eyes on future UK-wide elections – think this simpler story will resonate with voters, including soft Yessers and wavering Nos.

But pesky Scots have their own ideas. Right now in the polls pro-UK forces are just a nose ahead of independence supporters. According to IPSOS-Mori, for example, No beats Yes by a single percentage point. But when don’t knows are excluded, it is a 50-50 statistical dead heat.

That does not mean there is appetite for indyref2 to take place last year. A poll for The Scotsman last week revealed most people were against Sturgeon’s timetable, but did want a new vote relatively soon.

"I'm not like Boris Johnson who is breaching international law with his actions on the NI Protocol."@NicolaSturgeon says she has done the 'responsible thing' by asking the Supreme Court to rule on a second Scottish independence referendum.#KayBurley: https://t.co/WEhNODDsER pic.twitter.com/7Y5s39QA3i

This is tricky for everyone. Not least for various shades of unionist. So is the UK voluntary?

Not everybody accepts the premise of this question, or even my assertion that Ms Sturgeon is asking it.

Take Blair McDougall, the Labour strategist who led the Better Together campaign in 2014. He has taken an interesting tack. He does not rule out another democratic test of Scotland’s place in the union. So theoretically he accepts the premise of a voluntary “nation of nations”. But – like a good many traditional unionists and devolution supporters -– he just thinks it is unfair to have a vote so soon after the last one.

The Labour man had a theory for why Sturgeon was acting now. “The only reason for rushing a vote and creating a new crisis is political: Sturgeon fears the bogey man of a Tory government is disappearing. This is one last attempt to set up a fight to help the Tories and hinder Labour at the general election.”

Yet there are far stauncher pro-UK voices who are not just saying “No” to indyref2. They are saying “Never”. And some of these harder-line Conservatives do not see the SNP as Tory-aiding allies of the kind portrayed by Mr McDougall.

The dominance of the former in unionist governance ATM is exactly why the UK is struggling to accommodate its political periphery. pic.twitter.com/swYI58DMHz

British nationalists –  rather than “nation of nations” unionists – were at the forefront of these arguments. The Bruges Group, which bills itself as a think tank but ended up tweeting  Union Jacks with kiss emojis last week, was most vocal. It was not just rejecting the idea of Britain a voluntary union, but of its “country” being a union at all.

“If we fight the battle against separatism on separatist terms, we will lose,” the Bruges Group tweeted last week.

“We must stop using their preferred terminology and accepting their flawed premises.

"We can start by hammering home the fact that the United Kingdom is one country in which we *all* hold a stake.”

This sounds a lot like opposition to the very principle of self-determination for Scotland, or for that matter, Wales and Northern Ireland.

It is also a stance with little by way of a demographic base to support it: barely 8% of Scottish residents describe their national identity as British only, according to the 2011 census. By contrast, 62% said they were Scottish-only. Another 18% said they were British and Scottish.

So, I guess, if you believe in Britain and in self-determination, your job is to convince people who primarily identify as Scottish and not British to remain UK citizens.

This is not an impossible task. Lots of Scottish-only-IDing voters backed the union in 2014. Otherwise Scotland would today be independent: the maths doesn’t lie.
I don’t like the wedding metaphors much. But if Britain keeps blocking indyref2, expect Scottish nationalists to start talking about their shotgun marriage. 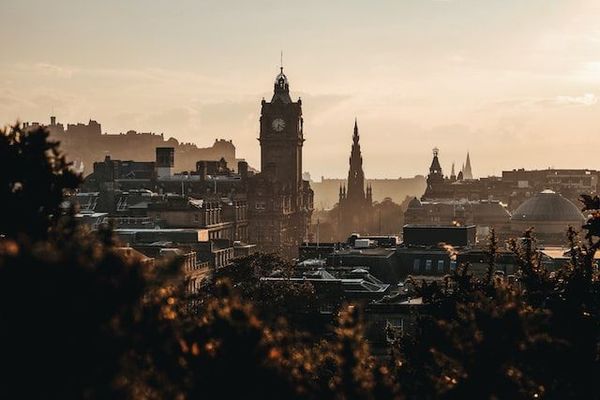 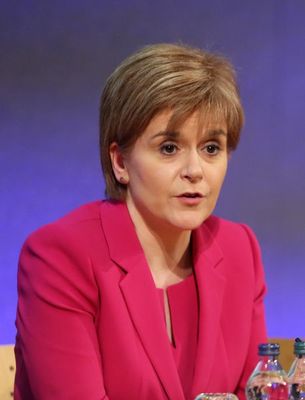 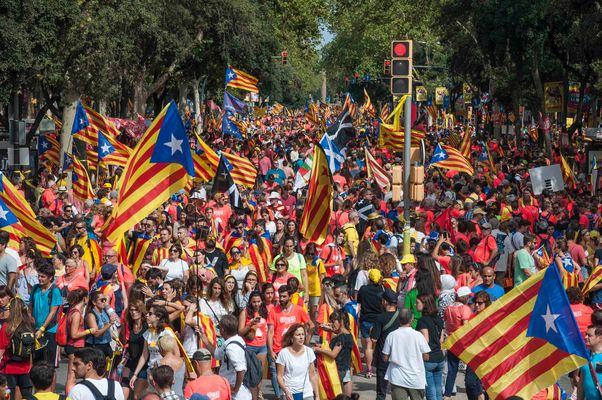