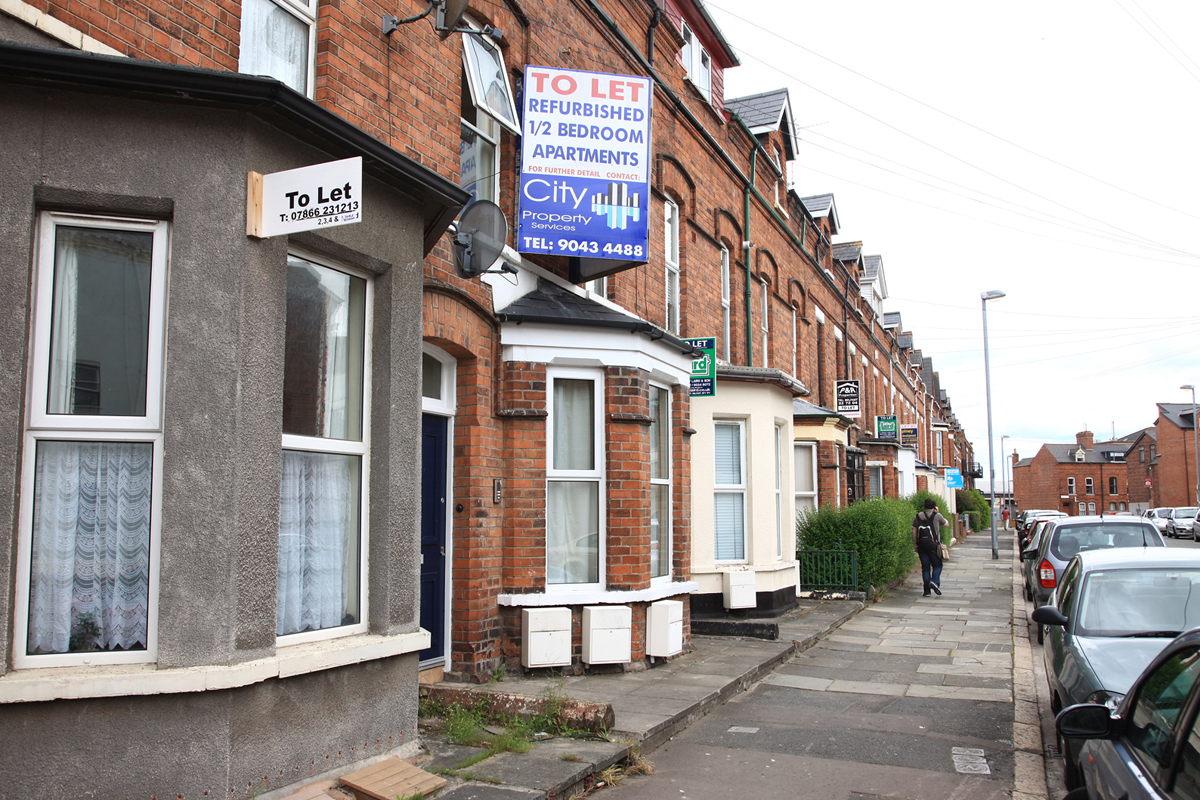 THE huge number of unoccupied dwellings in South Belfast could begin to blight local neighbourhoods unless they are inhabited, a leading academic has warned.

Professor Paddy Gray, a University of Ulster academic who specialises in the study of housing was speaking after Stormont Assembly members were given a breakdown on the mammoth total of homes lying empty across the city.

South Belfast has by far the highest amount of empty dwellings with a whopping figure of 2,818.

In the Botanic area alone there are 664 empty homes, the highest for all the city’s electoral wards. In the Castlereagh Borough there are 82 unoccupied buildings in the Carryduff area alone.

Professor Gray said that the huge number of vacant homes in the south was the city was “very surprising” considering high demand in certain sectors. He also warned of the continuing negative effects of such a scenario.

“South Belfast actually has a fairly buoyant rental market at the minute and these figures are indeed surprising,” he said.

“Of course, there are all sorts of reasons as to why a property can lie empty, including new homes that were built as the property bubble burst, with no-one there to fill them.

“The results are particularly stark when you consider that across Northern Ireland over 40,000 people are waiting on social housing.”

Areas usually considered as attractive and affluent places to live, including Malone and Stranmillis now have a high proportion of dwellings with no residents. Professor Gray warned that if more homes were not occupied then further problems could arise for locals.

“Unfortunately, a high number of unoccupied dwellings can blight an area significantly,” he added.

“These houses can become magnets for anti-social behaviour, while people living alongside them don’t feel as secure in their own homes. They can also become run down and blight an otherwise pleasant street.”