New initiative in Beechmount encouraging men to talk to one another 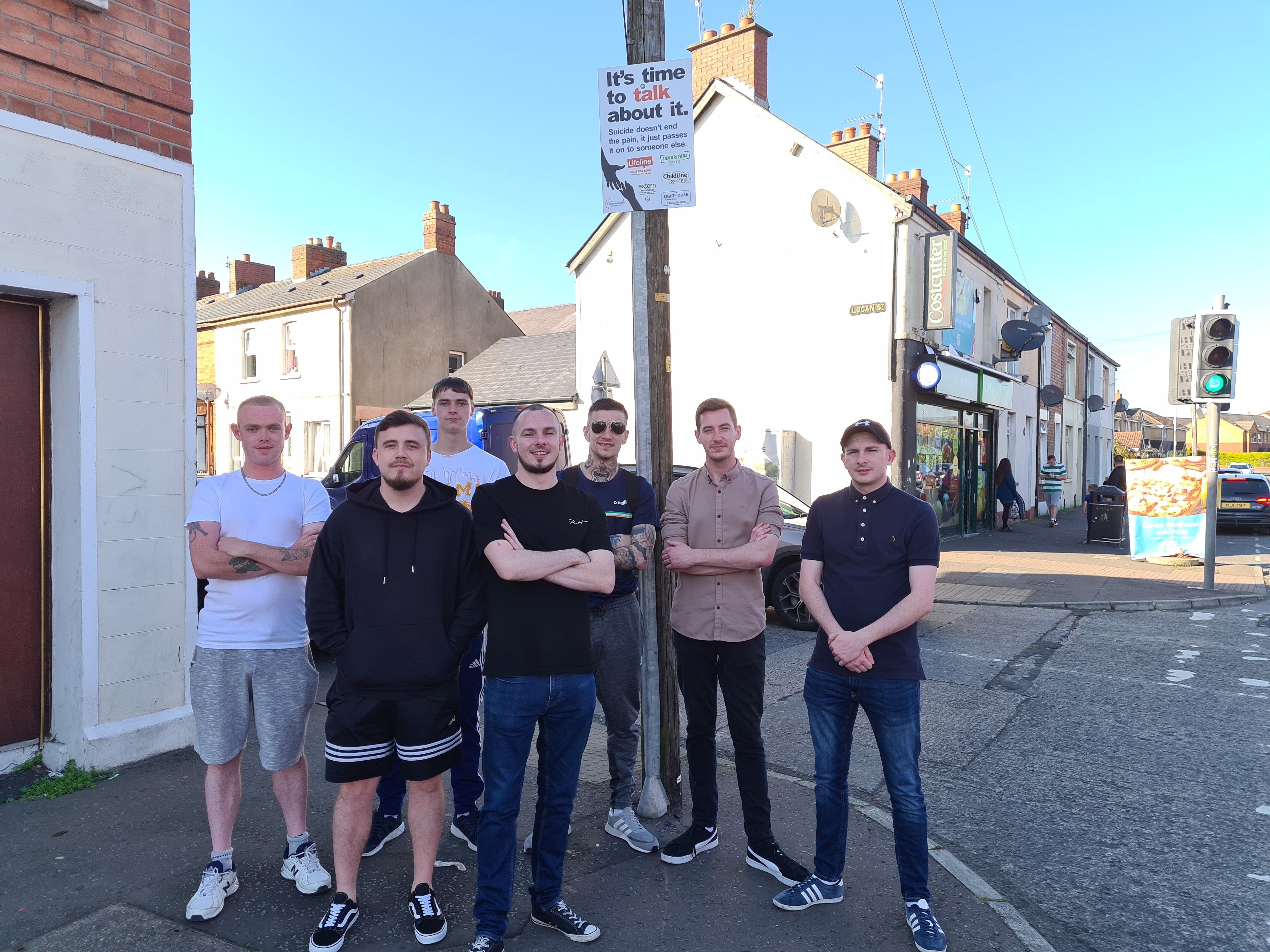 WALK AND TALK: Members of the Beechmount Residents’ Collective standing under one of their posters

A LOCAL community group is set to launch a new mental health initiative today following the untimely death of their chairman.

On Thursday, the Beechmount Residents’ Collective (BRC) will kickstart a new walking club aimed at encouraging young men to open up and talk to one another.

The ‘Walk and Talk’ initiative comes after the death of the group’s Chairman, Johnny O’Dywer, who died suddenly at his home in Beechmount on August 17.

BRC representative Dan Ó Murchú explained: “Johnny’s death came out of the blue for all of us.

“He was a very close personal friend for near enough every one of us, so we’ve been trying to cope with it.

“We were playing about with the idea of a walking club because we thought we needed to get ourselves out and talking. It was mainly meant to be between ourselves, just to give us a chance to go for a walk and talk about Johnny and everything else.

“Then we decided to bring this into the wider community because a couple of families have suffered here over the last few years.

“We’re opening it up, but we want to keep a focus on young men.”

As part of their wider focus on mental health, BRC members erected a number of posters in the Beechmount area to signpost those in need towards an array of available counselling services.

The posters, which were donated by Unite the Community, were put up to mark World Suicide Prevention Day and can be found on lampposts throughout Beechmount.

“We’re starting to look at mental health provision in the area and basically getting people to talk about it,” Dan said.

“We’re going to start with a walk round the Bog Meadows this Thursday. It’ll just be a walk and a general chit-chat.

“It gets people out of the house, especially because a lot of people are out of work and are maybe stuck at home, which does affect their mental health.”

BRC member, Sean Doherty, said the group also aims to rekindle a sense of community in the area.

“It’s also about getting the community out reengaging with each other,” he said.

“It’s about creating a new community in some ways.

“We’re losing the sense of community and social issues and things like mental health are the cause.”