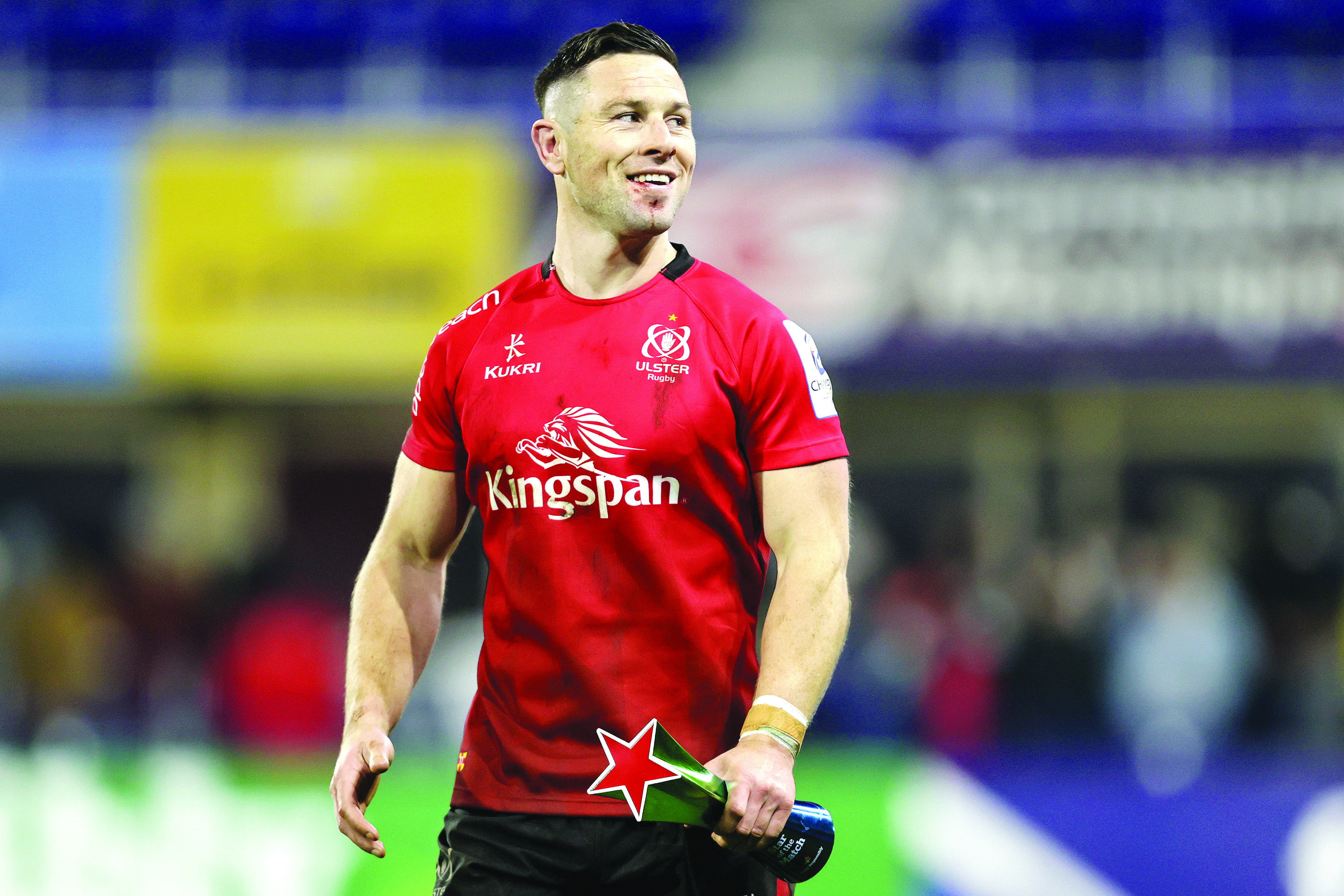 OFF the back of last week’s stirring win at Clermont, Ulster will aim to make it back-to-back Champions Cup wins when they host Northampton Saints at Kingspan Stadium on Friday night.

The 29-23 victory in France was reminiscent of the win away to Leinster last month, but having lost in the subsequent league game at Ospreys, the challenge will be to ensure a similar scenario doesn’t occur this week.

Ulster haven’t enjoyed home comforts in over two months with a tricky run of away fixtures either side of the International break, so they are gunning to add some festive cheer this weekend.

To do so, they will have to get their performance right and replicate what they did last week, not just in the game, but in terms of preparation to ensure they are ready to deliver.

Putting results back-to-back is imperative if Ulster want to keep moving forward and challenging for honours, so no better time to do it by claiming another European win that would leave them in a good position heading before the competition resumes next year.

“Every time we go out we want to win and want to see a performance,” said backs coach, Dan Soper.

“If you get that performance, hopefully you get a win to back it up. We have to get to a position where it’s our performance that drives us and continually trying to get better.

“The last time we had a good win, away to Leinster, we didn’t back it up the following week and that’s something we’re well aware of.

“The very top teams in Europe and in their domestic leagues are the teams that have big results and back them up next week.

“This is a great opportunity to play at home for the first time in two months and hopefully there will be a big Christmas crowd out and we can produce a performance that fits the occasion.”

The sides are no strangers to each other having met in last season’s Challenge Cup when Ulster travelled to Northampton and were forced to dig deep to finish strong and score a 35-27 win, so despite the English Premiership club’s heavy 45-14 defeat on home turf to Racing Metro in their European opener at the weekend, Dan McFarland’s side will be forewarned as to the size of task ahead.

“Racing are a helluva team and when they get going, I don’t care who you are, you are going to struggle to contain them and I guess that’s what happened on Friday night to Northampton,” Soper opined.

“Racing just got into their stride and once they do, they are almost unplayable.

“What we have is previous games (against them) and Northampton play a nice brand of rugby. They are adventurous with how they play.

“Yeah, they had a bad night on Friday but that probably makes them a lot more dangerous coming here this week.”

The win at Clermont did come at a cost with Robert Baloucoune sustaining a shoulder injury that definitely rules him out this week, but it is hoped the Irish international will not join the long-term list.

There was much better news last weekend with Duane Vermeulen making his debut despite enjoying a less than ideal build-up given his arrival at Ulster opened with a period of isolation and minimal preparation, yet he still managed to make a significant impact against the French side.

“It was a big ask of him,” Soper agreed.

“He had one training session and he was in and out of that a wee bit, but he is a smart and experienced rugby player so he knows the important things he needs to get a handle on.

“We tried to make it as simple for him during the week just to go out there and get into it.

“It was great to have him out there and everyone took a lot of confidence from having him as part of the team.”

The World Cup winner was just one of a number of Ulster players who produced when it mattered at the weekend with John Cooney again proving he is a man for the big occasion with 19 points coming from his boot including a monster kick from his own half late in the game.

Soper paid tribute to the scrum-half whose mall-round performance was top-class and has challenged him and the rest of the team to produce a repeat performance this week.

“When you get to the European stage you need your big players to step up,” he stressed.

“Fortunately for us, we had a number of our big players step up and John played really well. The obvious thing was the quality of his goal-kicking was phenomenal, not just that last one, but there was a lot of pressure as it’s a different place to kick goals with a lot of noise and he dealt with that well.

“He kicked his goals brilliantly, but his box-kicking was excellent, his passing was a high percentage. We ned our big players to step up and he was one of a number who did on Saturday night. We’ll need them to do it again this week.”