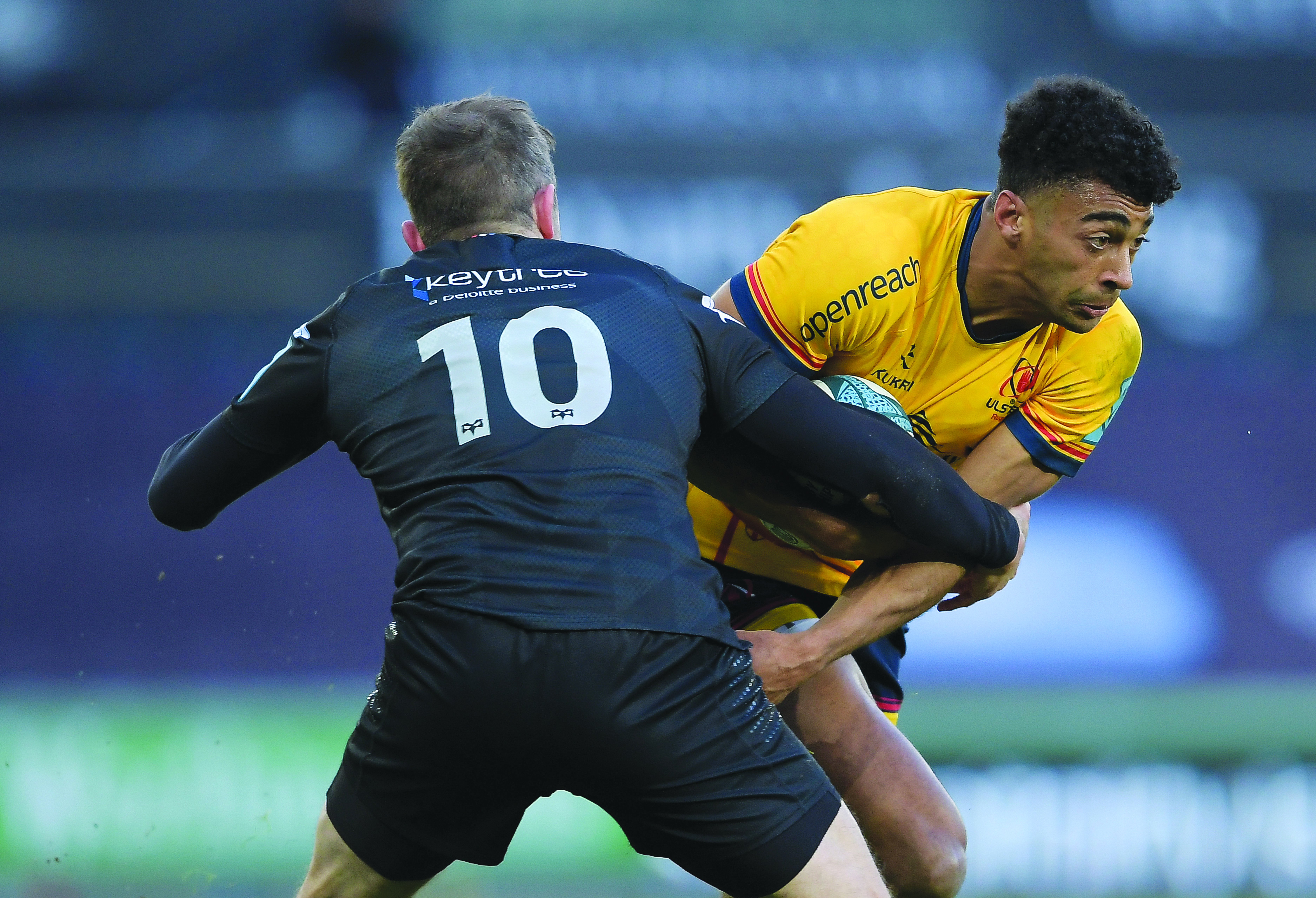 WITH two wins from two in the European Champions Cup, Ulster will be aiming to complete not one, but two hat-tricks as they head to face Northampton at Franklin’s Gardens on Sunday (3.15pm, live on BT Sport).

Dan McFarland’s men were 27-22 winners over the Saints in the corresponding fixture at Kingspan Stadium in mid-December, having defeated the English club in last year’s Challenge Cup quarter-final.

Both games were high-scoring, entertaining affairs and the consensus is that we are in for more of the same this weekend.

Ulster have been boosted by Robert Baloucoune’s return and James Hume shaking off a niggle sustained in last week's defeat to Munster, but that is tempered by John Cooney’s absence due to a calf injury and he now joins Iain Henderson, Stuart McCloskey, Jacob Stockdale, Jordi Murphy and Luke Marshall on the sidelines.

Despite the absentees, there is still a game to be won and should Ulster make it a third-straight win over Northampton, it would all but assure them a place in the knockout stage of the competition having dropped into the Challenge Cup last season.

To do so will require a big performance against a side that sits fourth in the English Premiership and who are coming off an impressive win at Newcastle last week and Backs Coach, Dan Soper anticipates another close-run affair.

“They are a helluva team and play a nice brand of rugby,” he said.

“They’re one of the most exciting teams to watch in the Premiership. The game here a few weeks ago was a good game of rugby; both teams really having a crack at each other.

“I would expect we’ll see something similar. We certainly have the intent to go out and be positive and that is very much part of their philosophy, so I’d expect we’ll see a good game of rugby that will entertain.

“When you get to this level, you switch off for five minutes and it can be two scores or you miss opportunities to finish chances you’ve created.

“I can’t see it being anything other than a tight game. We’ve had results go our way but there has been very little between the two teams, so we know we need to pull out another big performance to get a result.”

Last week’s reverse in Limerick was a disappointment, compounded by the fact that Munster played the majority of the game with 14 players after Simon Zebo was red carded.

However, there is no time to lick the wounds as the trip to Northampton is another huge test and even though last weekend didn’t go to plan, it was still a competitive fixture after two cancellations due to Covid.

That ought to have helped get players back up to speed after the unexpected break and Soper has challenged them to hit the ground running on Sunday to keep their European destiny in their hands.

“It’s pretty important you draw a line in the sand, take your learnings because if you dwell on things too much, you take your eye off the ball, so we’re firmly focussed on what’s ahead,” he insists.

“We’ve done a good job in the competition in the first two games, but if we don’t do the job this weekend we fall back into the back and at the end of the pool, you are relying on what’s happening in other fixtures. We don’t want that. We want to be in control of where we finish at the end of the group stage and to do that we have to go and perform this weekend.

“Players always tend to like to be in a rhythm and get into the groove of playing week-to-week.

“Maybe not having a game for two weeks hindered us a bit, but Munster had players who were playing off long breaks as well. I think as a collective, having that game will help us this time.”

The remarkable @Courtney_Lawes will lead us out against Ulster on Sunday 🐐

Northampton are familiar rivals, so Ulster need no reminding what lies ahead with a number of internationals including Wales’ Dan Biggar who did not appear in the previous clashes between the sides.

There is no doubt revenge will be on Northampton’s mind having lost the past two encounters and Soper has warned that Ulster’s earlier victories will count for nothing on Sunday.

“It’s going to be quite a challenge,” he stressed.

“Every European game you play away from home is a real challenge and if you watch how Northampton play, they are a really nice team to watch.

“Dan Biggar is one of the main players in the Premiership and he offers a real challenge as to how we will play the game, so we’re under no illusions just because we’re beaten them here a few weeks ago, it doesn’t give us a golden ticket that it’s going to happen again. It probably makes the job harder.”