EXCLUSIVE: As Irish playgroups lose out in funding stakes, principal warns it could be back to tin can collections 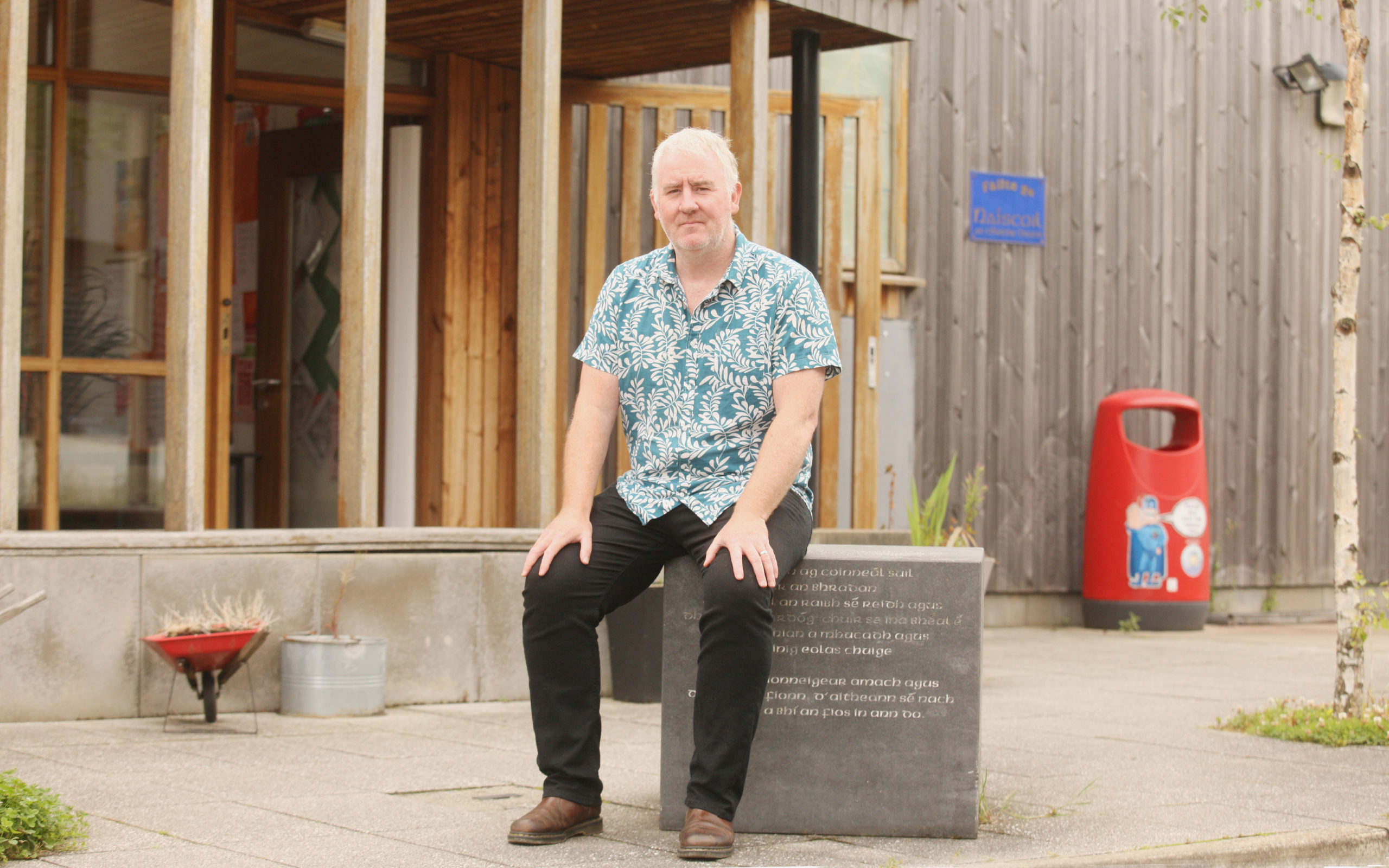 BACK TO BASICS: With demand for playgroup places doubling, principal Pilib MIstéil says there can be no going back to "dark days" of meagre funding

Three of Belfast's leading Irish medium playgroups — all based in area of huge social need — have lost out in the latest Department of Education funding round.

Naíscoil an tSléibhe Dhuibh in Ballymurphy, Naíscoil na Móna in Turf Lodge and Naíscoil Ard Eoin in Ardoyne had applied for a £30,000 lifeline under the Department's Pathways programme.

However, this week, they learned that their bids, while meeting the threshold for applicants, didn't make the funding cut for the annual programme.

Now Pilib Mistéil, head teacher at Irish medium school Bunscoil an tSléibhe Dhuibh, says that means the school's 'feeder' playgroup for three-year-olds will have to operate on half its annual budget.

And the cut comes at a time when demand for entry to the Ballymurphy school has doubled.

"We have 24 children on our rolls this year with a budget of around £60,000," Pilib told belfastmedia.com. "But for the upcoming year, we actually had interest from 46 families and were looking at ways to double our capacity. To lose £30,000 in the middle of that is simply appalling."

Pilib said he has been meeting with small groups of parents over recent weeks to update them on the funding crisis. "My message has been clear: our job is to meet the demand for Irish language schooling and if that means we have to join forces with the parents and go back into the community with collection tins and repeat the fundraising heroics of the dark days of the past, then that is exactly what we will do."

The Bunscoil principal hit out at the competitive process for Pathway funding. "It's not a suitable way to fund Irish medium education," he said. "It favours social economy projects which must seek a profit and that's not our mission." And Pilib says the losers from any cutback in provision would be local families. "We educate pupils and empower parents," he added. "The scale of need in this area is massive and a project like ours makes a real difference to the children from an early age and mainstreams the parents into other supportive networks and agencies."

Pilib Ó Rúanaí, CEO of Iontaobhas na Gaelscolaíochta, which provides funds for Irish medium nursery schools and primary schools to enable them to reach the funding criteria of the Department of Education, called on DUP Education Minister Peter Weir to make up the funding gap to the Irish playgroups which had lost out.

"The Good Friday Agreement is very explicit in this matter," he said, "there is a clear duty on the Department to support Irish medium education above and beyond its support for any other educational sector exactly because the Gaeilge sector needs that additional leg-up. At a time when demand for Irish medium education is on the rise, there is no way we can allow Minister Weir to evade his responsibilities."