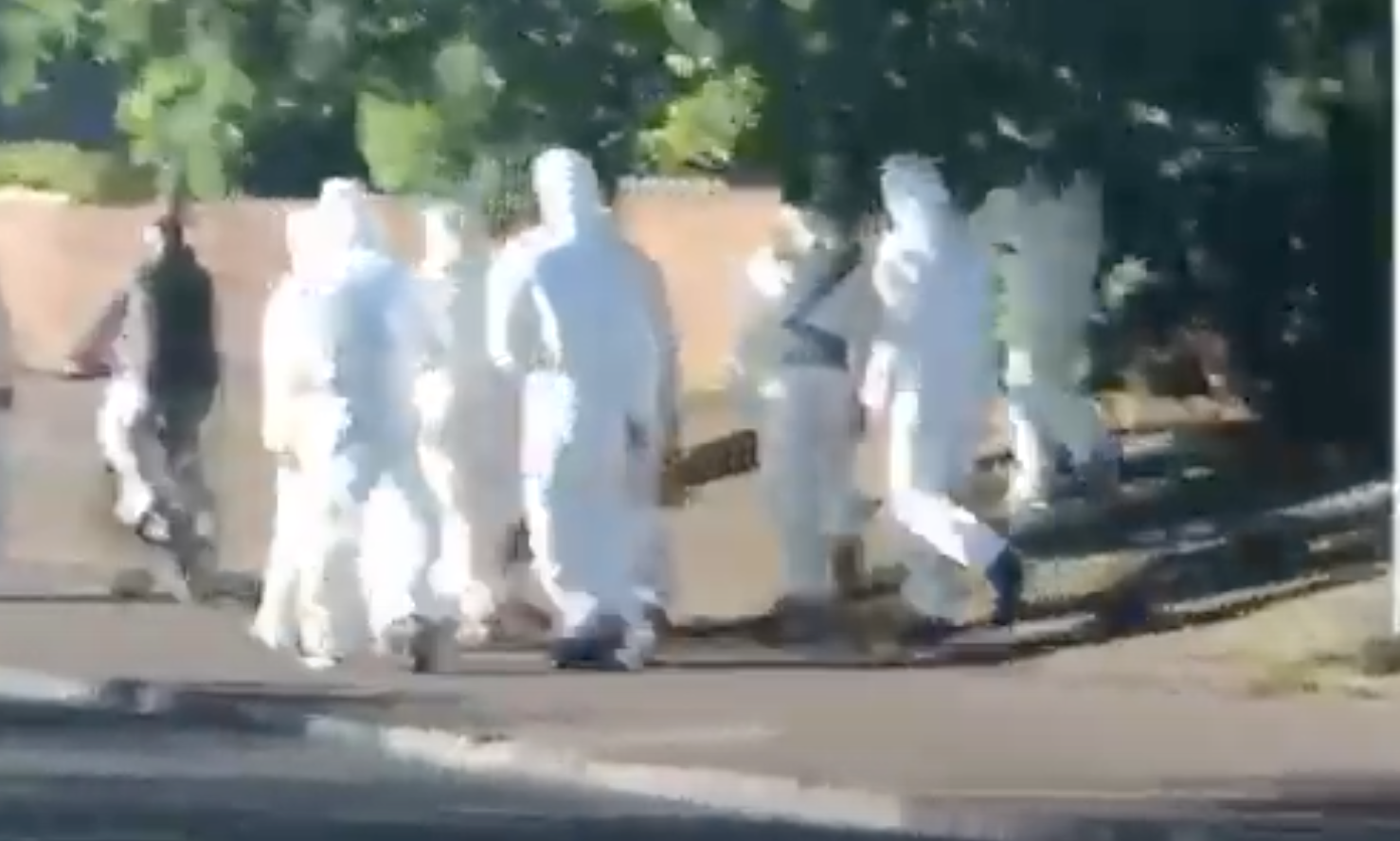 INCIDENT: Police looking for information about this group of men in white boiler suits.

The PSNI has said it is investigating an incident on Sunday evening on the Ormeau Road involving a group of men wearing hazmat suits. Some of the group are alleged to have racially abused four local teenagers.

Officers asked for anyone who was in the area around 6.30pm and may have information to contact investigators.

Inspector Natalie McNally said: “We are investigating this incident and I would appeal to anyone who either saw this group of up to 10 males, who were walking along the Ormeau Road wearing the distinctive while boiler suits, or anyone with dash cam footage of them, to call us on the non-emergency number 101 quoting reference number 1284 of 7 June 2020."

Sources say some of the men also referred to the religion of the boys. A complaint was filed with the police. It is believed security footage of the group has been provided to the police. The footage above was taken by a passenger in a car which passed the men as they walked along the Ormeau Road.