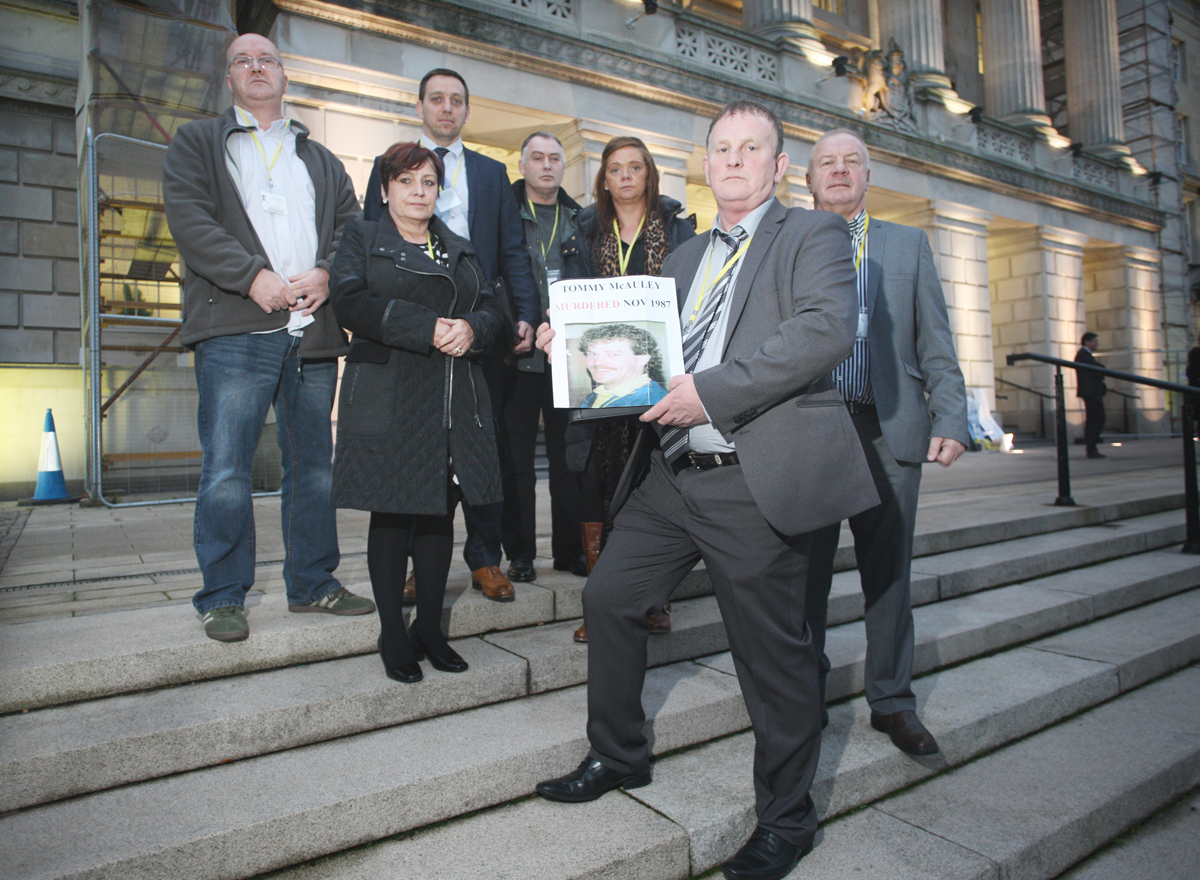 THE brother of an Ardoyne man gunned down by the UDA as he worked in his restaurant on the Crumlin Road 27 years ago has accused the Executive of “financially starving” an investigation into historical inquiries.
Paul McAuley (54) said that he has been “tormented” by his brother’s death for almost three decades and accused the Executive of using budget cuts as an excuse to delay finding his brothers killers.
On the anniversary of married father-of-two Thomas McAuley this week (November 16), Paul continued his annual memorial of placing fresh flowers and a photo of his brother outside the former Brookfield Mill café he owned on the Crumlin Road.
Thomas was shot dead by a loyalist gunman days after he refused to donate cash to the UDA’s prisoners’ aid. Last month the Police Ombudsman revealed that an eight per cent cut to its budget would hit historical cases the hardest.
Paul said that he had been promised a completion date for the inquiry in January 2015. However following the announcement of the budget cuts he has now been informed that the case has been set back by a minimum of two years.
On Monday, Mr McAuley brought along families of other Trouble’s victims to meet with Justice Minister David Ford at Stormont and urge him to abolish planned cuts to the Ombudsman’s office.
“My brother’s murder is tormenting, it torments me everyday,” said Paul. “It’s no good branding it historical and pushing it to the back of their minds, murder is murder no matter what way you look at it.
“Mr Ford agreed to meet with us and we raised our concerns but his hands are essentially tied by budget cuts and his lack of control over the budget.”
Mr McAuley said that he had received a pledge from Mr Ford that he would raise his case directly with Prime Minister David Cameron on his next visit to the North.
“There are those in government who are essentially financially starving the inquiries team and hoping to delay the process until us family members die or are too old to continue fighting. I don’t want to have to pass on the troubles I have had to my children but I will be forced to so that our fight for justice and answers do not die.
“I have been campaigning now for 27 years and just as I thought progress was being made we are set back once again. This can’t continue.”