EYE ON THE PAST: – September '81: It was a week when La Salle pupils walked to the Mary Peters Track and the hunger strike was continuing 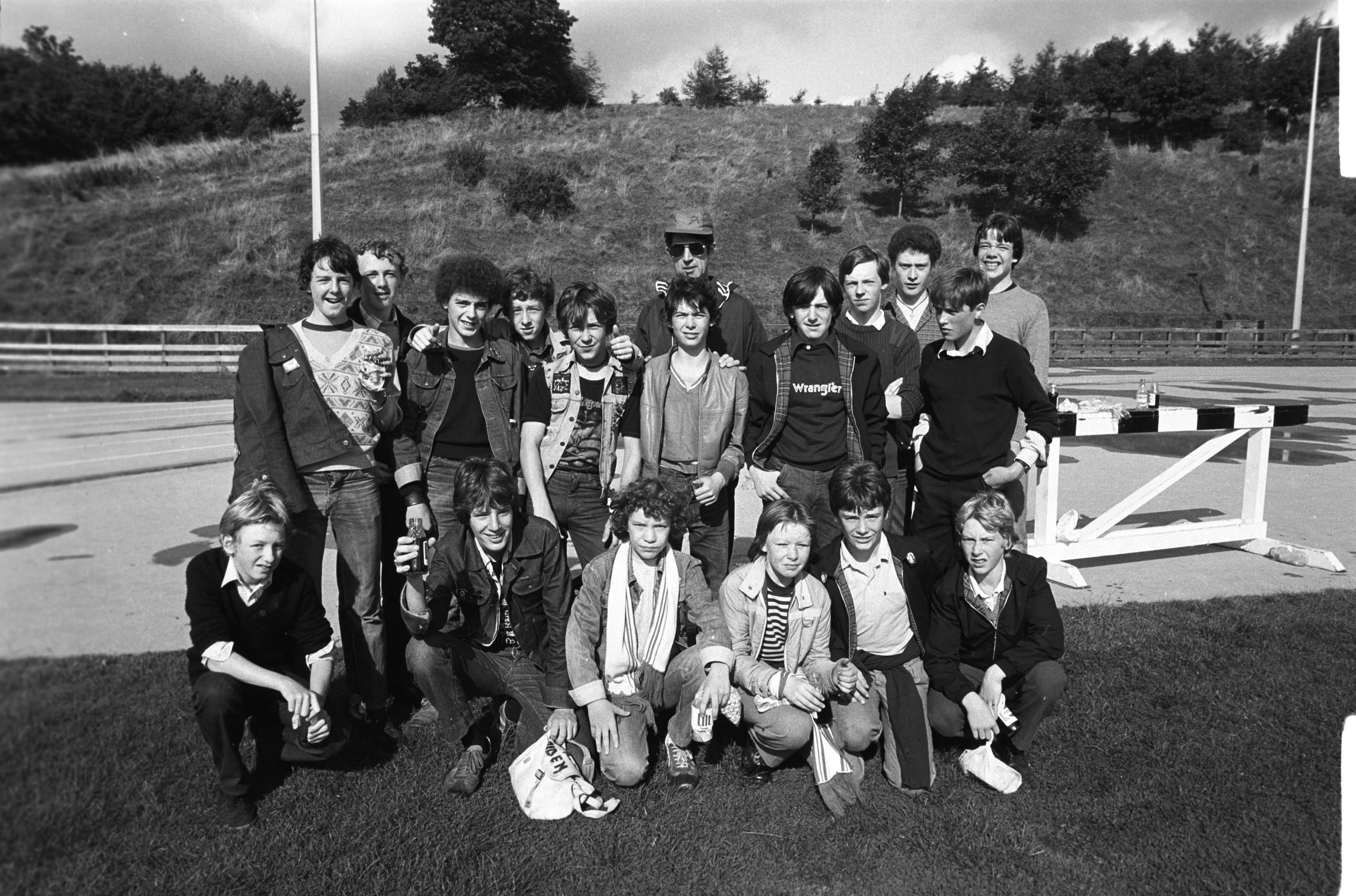 WALK THE WALK: Pupils and teachers from La Salle held a sponsored walk to the Mary Peters Track to raise money for a new school mini bus

SILENT Too Long, the organisation of relatives of victims of British Loyalism report a very satisfactory response to publicity given to their activies recently in the Irish News and Andersonstown News.

This week they travel to Derry to speak to people who are forming a branch in their area.
Plans are afoot to establish branches all over Ireland, as all areas, including parts of the 26 counties, Dublin and Monaghan, have suffered because of the murder campaign by Loyalists/’security forces’.

To date the Unionist and British press and the television companies have ignored Silent Too Long just as they played down the murder campaign over the years, choosing to regard it as a series of unconnected, random killings, and not as the concerted campaign of genocide that it was.

We publish again this week a cross-section of the deaths reported to Silent Too Long.

Trevor Alan Brecknell (32), Cullyhanna, Newry, died in a shooting and bomb attack in December 1975, as he left hospital after visiting his wife who had just given birth to a baby girl. Red Hand Commandos claimed responsibility. No police investigation, no charges, compensation paid.

Joseph Corr (42) Divismore Crescent, Belfast, died on 27th August 1971 after having been shot in the arm and then in the back as he lay on the ground by British soldiers. Whereabouts unknown for three days, until discovered in Musgrave Park Military Hospital, from where he was removed against medical advice to RVH causing haemorrhage and death. No police investigation, no charges, no compensation.

H-BLOCK hunger striker Liam McCloskey is blind and almost totally bedridden according to latest reports coming out of Long Kesh.

Another hunger strike death cannot be far off, and people are beginning to accept more deaths as inevitable.

A large proportion of the nationalist population in the Six Counties has adopted an attitude of grim determination to back the five demands and the prisoners’ protest as long as they wish to continue.

The initial shock and excitement at the earlier deaths has lessened somewhat, but the determination remains. And more and more people now realise that what is happening in Long Kesh is in effect a re-enactment in minuscule of Irish/English relations over the centuries.

That relationship has always been founded on bondage and exploitation to the benefit of the English. The Irish were mere objects to be smiled upon benignly with quaint curiosity, or treated with extreme cruelty according to the amount of opposition they showed to their English masters, and this is what is happening in the H-Blocks today. Submit and be treated kindly, oppose and be treated cruelly. That is the simple English message which has nothing to do with blind intransigence or Margaret Thatcher, but is cold and calculated as it has always been.

The real importance of the hunger strike and what made it the watershed that it is, is the fact that more and more people [and dare we say it – the English themselves] are coming to realise that the master/servant relationship between England and Ireland is now dead and cannot be resurrected. This is the real victory of the hunger strikers and can not be denied them, even if they call off their protest. The battle has been won and who would say that it was not worth the sacrifice.

THE Andersonstown H-Block Committee elected at a public meeting almost a year ago is to be reformed.

The Committee has called a public meeting for next Wednesday (30th) at 8pm in the Andersonstown Social Club to elect a new and more representative committee. A member of the committee, Alec Maskey, explained that since the committee was first elected, the base of support for the prisoners had grown and many more people in the area now supported the H-Block campaign.

“We hope the new committee will reflect this new support so we are sending invitations to all groups in the area, including workplaces, the GAA, the youth and teachers. All have been asked to attend and play their part in forming a broad based representative committee for the Andersonstown area.”

The present committee originally had seven members with one other co-opted during the year. However, with some members withdrawing because of other pressing commitments, the responsibility has recently been carried by only four people. They are very anxious that next Wednesday night’s meeting be well attended and representative of all the people of Andersonstown so that a stronger committee of active workers can be elected.

“Everyone who attends the meeting will be encouraged to give their opinions, nominate people for the new committee and of course vote.”