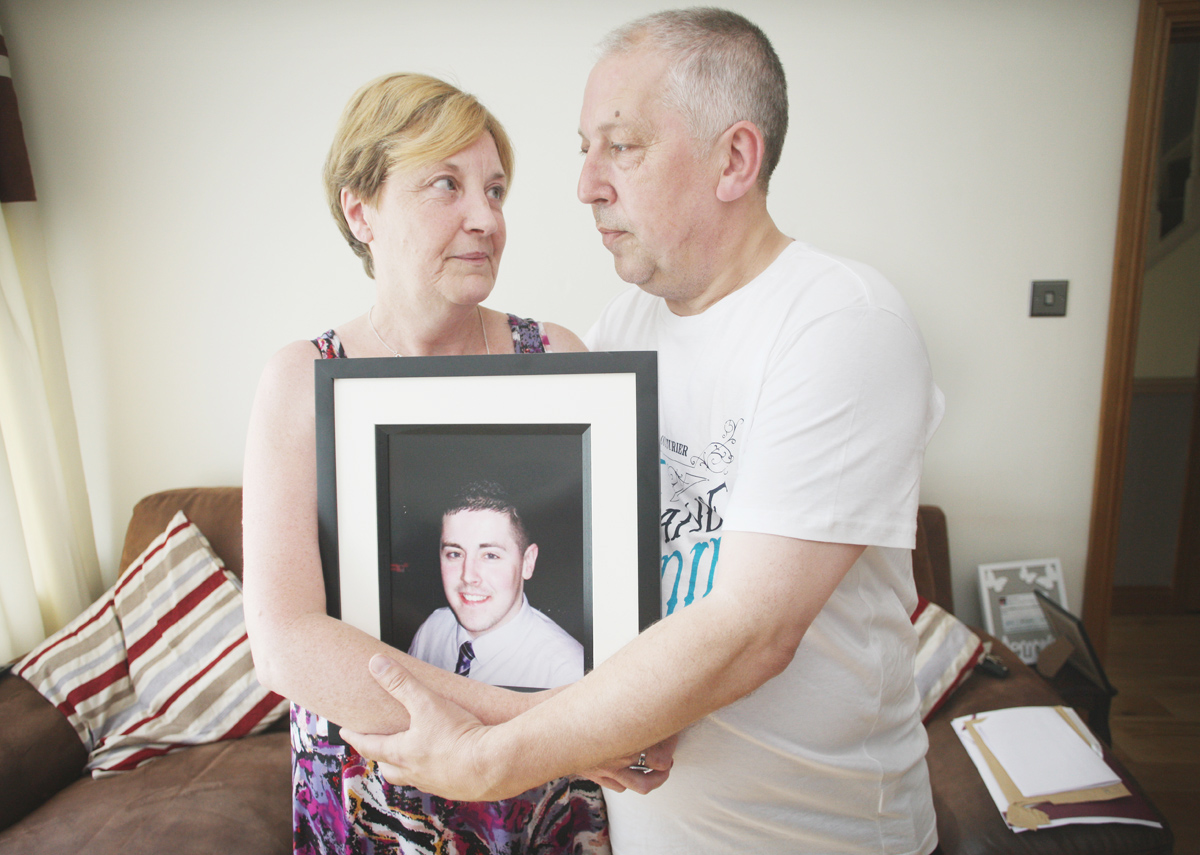 The family of a tragic young Belfast man say they’re finally at peace after his heart was returned to them for burial a year after his death.

Joe Burns (24) died suddenly last July 14 of a heart-related illness and because of his age and the unexpected nature of his death the PSNI ordered tests to be carried out.

An agonising 12-month wait followed for Joe and Una Burns as the heart was sent to London for testing and tissue samples were subsequently forwarded to a specialist laboratory in France.

This week Joe’s heart was returned to the family for burial, with the finding that toxicology tests were clear and the cause of death was most likely Sudden Adult Death Syndrome.

The popular young Whitewell Road man worked as a barman at the Chester on the Lisburn Road. His first and only child, Bella, was born six months after he died. The grieving process for the Burns family has been put on hold during the long and apprehensive wait for the test results and the return of his heart.

“There was the shock of it and then you were numb for a while and then Joe’s daughter Bella was born which brought us great joy in the middle of all that sadness, but I think with the heart coming back last week and putting it with him in the grave, we feel now for the first time a bit of closure,” said his mum Una.

“You were always thinking, what if? We didn’t know why it happened and it was so sudden and we were hoping for an answer, so to hear it was Sudden Adult Death Syndrome answers a lot of questions.

“They think an electrode from the brain that controlled the rhythm of the heart stopped and his death was instant. For the last year I have been thinking if he had been in the hospital he may have survived, but it wouldn’t have made any difference. When I found him that morning I worked on him and I had it in my head if I had been quicker or even thrown water over him, would it have made a difference? But now the Coroner has told us there was absolutely nothing we could have done.”

Other members of the Burns family will now be tested to see if they are at risk of SADS.

“It affects men more so everyone in the family will now be tested and that is being organised through our GP,” said Una.

Joe’s heart was buried in a small ceremony attended by his family, his girlfriend Sinead Dornan and baby Bella, who was born in March this year.

Bella’s arrival has been a great source of comfort to the family at a very difficult time, says Una.

“The baby has been our strength. She was the last one to touch the urn containing his heart before it was buried, and we brought her along with us to pick up Joe’s death certificate on Wednesday. We are just trying to create wee memories that she will have when she’s older to show that she was involved in a part of his life.”

Joe’s father, Joe Snr, said the support of neighbours and friends has been vital in helping them get through the past year.

“The community helped us get through this, I have to put my hand on my heart and say that,” he said. “People were rapping my door and handing me cards and flowers and I didn’t know who they were. We just want to really thank everyone for their support.”

The family say they will now begin fundraising for the SADS charity Cardiac Risk in the Young which promotes screening for the condition and funds medical research.