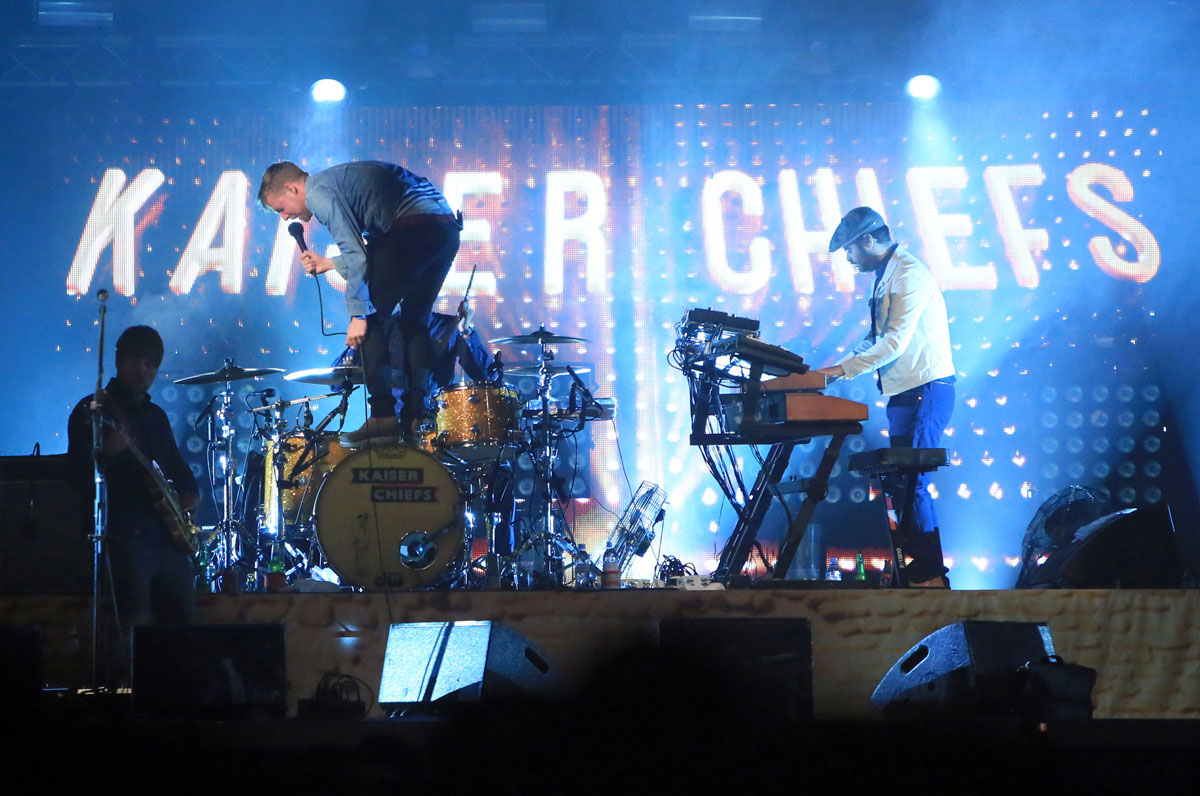 The mud on the wellies has dried in and the curtain has come down on Féile an Phobail’s August festival.

This year’s event was by far the biggest and the best. Twitter and Facebook are awash with positivity about not only the variety of events, the performance of the acts and the affordability of the entire schedule, but also the professionalism of the entire Féile team who put on a 10-day event to be envied by its local, national and international counterparts.

We caught up with Féile Director Kevin Gamble and Féile Chairman Sam Baker the morning after the night before for an analysis of the festival that came to a close on Sunday night. Unsurpisingly, both were in buoyant form about the success of the event and, equally unsurprisingly for this hardworrking team, both are already planning for next year’s festival.

“We thought last year would be hard to top as we had gone all out for the 25th anniversary,” said Kevin, “but it turns out that it had merely set up the appetite for Féile.

“Making the decision to double the size of the tent in the Falls Park has made all the difference, it has put us in a position to be able to attract acts like the Kaiser Chiefs and Boyzone. Bringing bands of that calibre sets us up for an exciting future of consistently great festivals.”

“Our aim,” added Sam, “has always been to give the people of West Belfast and beyond the festival experience at an affordable price, that’s the core ethos we have always adhered to.

“We have done that in 2014 and we really feel that last year and this year has put us in a different bracket, in a position to attract bigger and better bands. We could have rested on our laurels with the 2,000-seater tent but we wanted to make it bigger and better so that it is better for the people that come to the events, we feel we have done that. The acts in the tent are the engine of Féile, they drive it in that they enable us to put on the other 90 percent of events for free so it’s all a learning curve and we think we can work on this for an even better event in 2015.”

Back to 2014 and Kevin was proud to announce the huge numbers that flocked to the series of events held across the district, from the Colin area to the Shankill and, of course, the Falls Park.

“We saw around 25,000 people come through the Big Top tent across the festival and 80,000 attending all the events,” he said. “People have an expectation of what they will get when they come to Féile, we have far exceeded those expectations this year and all the positive feedback has shown that.

“We have people coming to West Belfast from across the city and beyond and that is growing year on year but we still have the community at our heart and that’s why we give tickets out to groups working with the people of West Belfast, we want everyone to experience the festival and be involved.

“From the front gate, the tent, the world class acts at affordable prices and through to taxis at the gate and the Translink service waiting to take people home, people have appreciated every aspect of the festival and that pushes us to do better.”

And it’s not just the music and comedy acts in the Falls Park that have provided the success stories, said Kevin.

“There really is something for everyone, we have been called Ireland’s biggest summer school because of the 40-plus talks we hold covering everything from local issues to global politics. The fact that we can put them on for free where other festivals would add a charge is something we remain very proud of.

“The plays have been very popular again this year with demand for tickets forcing some productions to put on extra nights.

“We held the biggest visual arts exhibit at St Mary’s this year and next year we will need to add another venue to showcase the work of all interested parties. The walks and tours have been a fantastic hit as always and the feedback from them alone has been very positive. The youth events, from music to debate, have been well-attended and popular and we are delighted to be able to provide a platform for the young people of the area and their varied interests.”

The ripple effect of attracting so many people to the area for 10 full days has also given the local economy a welcome injeciton.

“What can’t go unnoticed is what local businesses get from Féile,” said Kevin. “Bars have been at full capacity after the events, restaurants have been packed before the events. One proprietor told us that takings were up during Féile between 20 and 30 percent. This is great news all round as we want people to spend their money here and we are delighted local businesses are benefitting and thank them for their hospitality.

“There is no doubt it has been the biggest and best Féile all round to date and we have been attracting more and more private funders who want to be associated with it, which is great. There has also been great media interest both locally and internationally, so we know we are on the right track to making Féile the best it can be.”

Sam noted the festival could not be going from strength to strength without the support of the community.

“We have to to thank the people of West belfast who show great patience during Féile,” he said, “as well as the volunteers and everyone else involved in making Féile an Phobail what it has become.”

Never known to rest on their laurels, the Féile team are already planning for the next big date on the calendar, as Kevin explained.

“The work doesn’t stop now,” he said. “We continue the hard work all year round and next on the agenda is the fireworks and lantern parade at the Falls Park for Halloween, then we will have Christmas, Féile an Earraigh and then August 2015’s festival for which we are planning already. There is a huge amount of work to go into the planning of these events but when you get such positive feedback from the community, it makes it all worthwhile.”