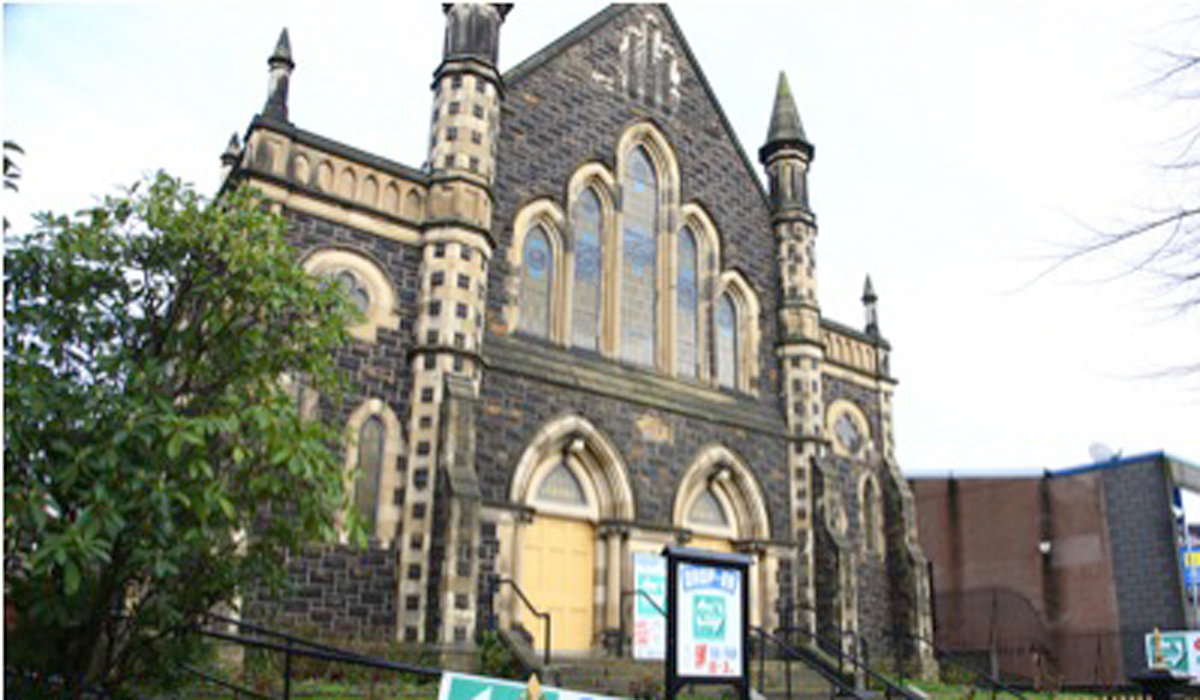 A HISTORIC South Belfast church, once home to a thriving congregation, is set to become an interior design studio following its recent sale. The striking Ulsterville Presbyterian Church on the lower Lisburn Road has been sold by senior clergy after being deemed surplus to requirements. Built in 1924, and remaining one of the area’s most unique buildings, the site could soon become home to a new design studio, café and retail space, if a planning application is successful.

Once one of the city’s busiest churches and seat of firebrand preacher Reverend WP Nicholson, a dwindling congregation in recent years had forced the Presbyterian Church in Ireland to amalgamate the remaining worshippers with nearby Windsor Presbyterian Church, and Ulsterville’s doors were closed two years ago.

Now vacant apart from occasional use by a local Boys Brigade troupe, the building’s visual features and desirable location on the Lisburn Road, made it attractive to members of the business community and it was snapped up by a South Belfast-based design firm.

However, church staff have made it clear that the architectural features of the building will remain untouched and revealed initial plans to offer it to another Christian group were unsuccessful.

Speaking to the South Belfast News, Clerk of South Belfast Presbytery Cecil Graham described the “proud history” of the ornate church, whose days as a house of worship are now over.

“During Ulsterville’s heyday, over 600 families made up the church’s congregation, it was huge,” he said.

“The foundation stone was laid by Kate Booth, whose father William famously founded the Salvation Army. It had the largest Sunday school in all Ireland and was where Rev WP Nicholson gave many of his fiery sermons. His nickname was ‘the Tornado of the Pulpit’, so you can imagine his style of preaching.

“Unfortunately in recent years a population shift forced the Church to amalgamate local congregations so it became surplus to requirements for worship. Ideally, we wanted to transfer it for use by another Christian body or church but we were unable to find anyone to take it on.

“The business firm seeking to open the design studio actually came to us seeking the purchase as they heard it was vacant and they wanted a building with a unique character. However, as it’s listed, no major changes can or will be made, bar the demolition of an existing rear extension.

The building also features unique memorial windows that were placed in honour of victims of both World Wars, and they too will remain. Although we are sad to see the end of the church as a place of worship, we are glad the beautiful building will remain in use.”