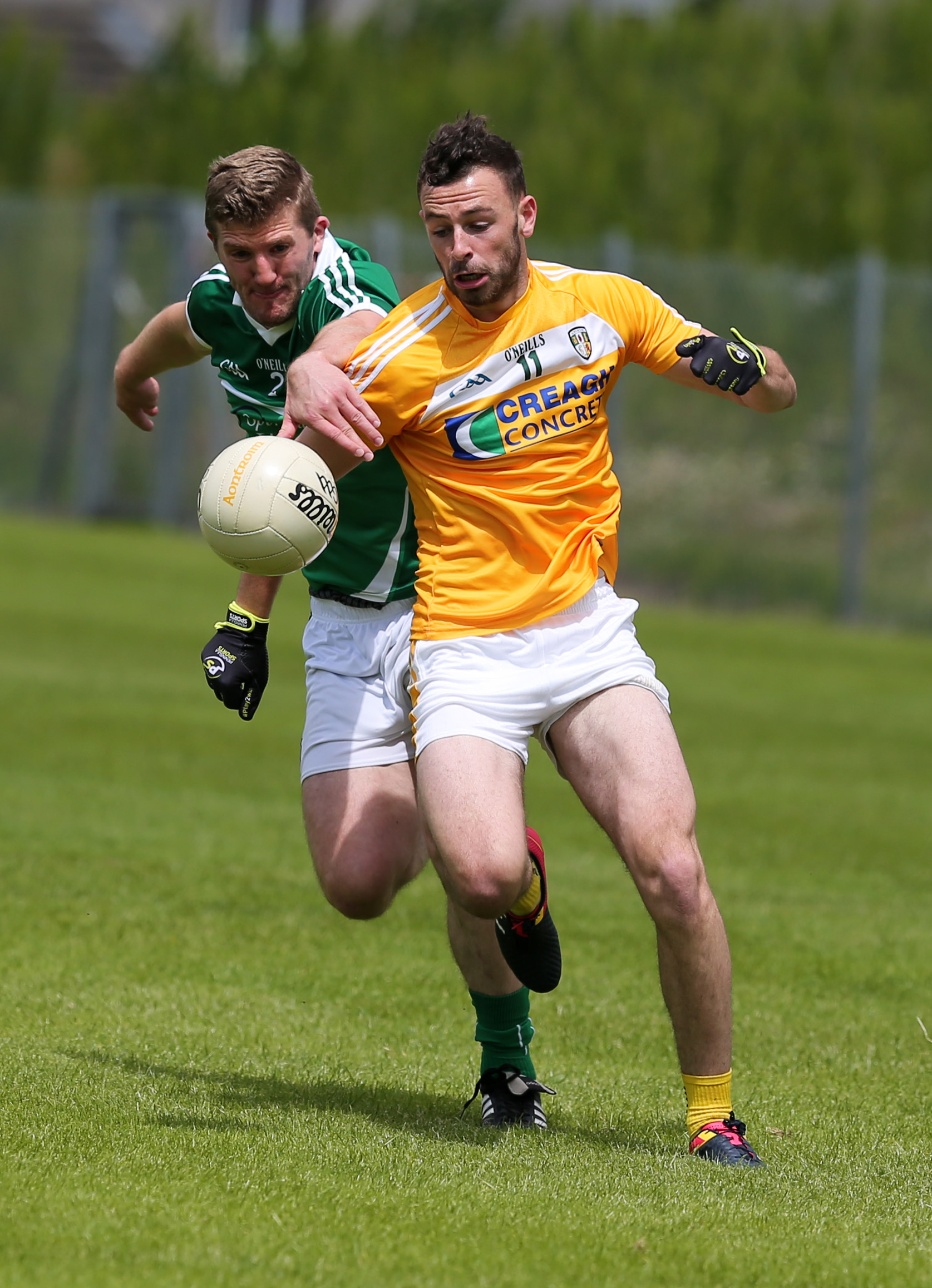 MATTHEW Fitzpatrick’s participation in next month’s Ulster SFC clash with Donegal is in jeopardy after he was hit with a ban arising out last month’s league defeat to Armagh – but only after being identified by an Antrim county board official.

The case prompted the Antrim senior footballers to write a scathing letter to the clubs in which they criticise their county board for a perceived lack of support. It is understood that Fitzpatrick wasn’t originally cited following the tempestuous league meeting.

However, when the Orchardmen used footage from ‘Armagh TV’ in an attempt to clear Stephen Sheridan, who was sent off for striking, Croke Park officials asked Antrim to identify someone in the background of the footage.

To further irk the players and management, no member of the county board accompanied Fitzpatrick to his appeal. Instead, former Antrim CCC chairman Joe Edwards went with Fitzpatrick, who was successful in overturning the ban on the grounds that Fitzpatrick hadn’t been identified in writing. A second ban was then issued after the Antrim board identified Fitzpatrick via an email sent to Croke Park.

“We, the Antrim Senior County Footballers, are writing to you as a collective to voice our anger and extreme frustration at the recent decision taken by members of the County Board,” the letter read.

“This decision identified a member of our team for an alleged incident that occurred against Armagh on March 25, 2017. Croke Park officials issued an image of the alleged incident and requested the player to be named.

“This resulted in a suspension which was later successfully appealed. It was only after the County Board identified the player a second time that a second suspension was issued. As a result, the player in question could potentially miss the biggest game of the year against Donegal in the Ulster Championship.

“We find it unacceptable that not only was this player suspended as a result of information provided by our own County Board but that there was no county representative available to accompany him for his appeal. We do not believe that this course of action would occur in any other county.”

Fitzpatrick has requested a hearing in an attempt to overturn the ban for a second time and the statement, which was send to Antrim clubs over the weekend and signed by the 35 members of the panel, urges the county board to support the second appeal.

“Unfortunately, as a team, we cannot stand by and allow his mistreatment of our teammate,” the letter continues. “We feel we need to make our concerns clear to our County Board that we find it completely unacceptable that any player who has dedicated months of hard work and sacrificed many parts of his life to represent his county should be treated in this way and let down by representatives who are purportedly in a position of support.

“This decision will be contested again and we would expect full support from our County Board in this mater.”

However, Antrim secretary Frankie Quinn has defended the actions of the county board, saying that both chairman Collie Donnelly and himself were at a meeting with the Ulster Council on the night of Fitzpatrick’s appeal.

Quinn also insisted that Fitzpatrick and the Antrim management were advised to accept the original one-match ban which would have ruled the St John’s clubman out of the Longford game instead of the Championship clash against Donegal.

“There was a shemozzle in the stand at the end of the Lámh Dhearg versus Sean MacCumhaill's game last year and it was Lámh Dhearg who identified their own fans and got them banned. That’s the way the process works.

“We had no other course of action to take when we are asked to identify a player. “You cannot go back to the dark days of hear no evil, see no evil. Everything is filmed these days. They give you the chance to identify the player. If not, they’ll identify them anyway and you’ll be 10 times worse. We would then be in line for whatever sanction they deem fit.”

Quinn added that the paperwork for a second appeal has been launched and says he expects a member of the Antrim board to accompany Fitzpatrick for his second appeal. Antrim’s chances of upsetting the odds against last year’s beaten Ulster finalists will be further undermined if Fitzpatrick is unavailable.

Conor Murray was also dismissed against Armagh and failed in his bid to overturn a two-game ban and missed the final league outing against Longford and will also miss the Championship tie against Donegal on Sunday, May 21 in Ballybofey. His younger brother Ryan is also struggling to be fit in time to line out against Rory Gallagher’s side after he sustained a shoulder injury in the closing minutes of the Longford match.