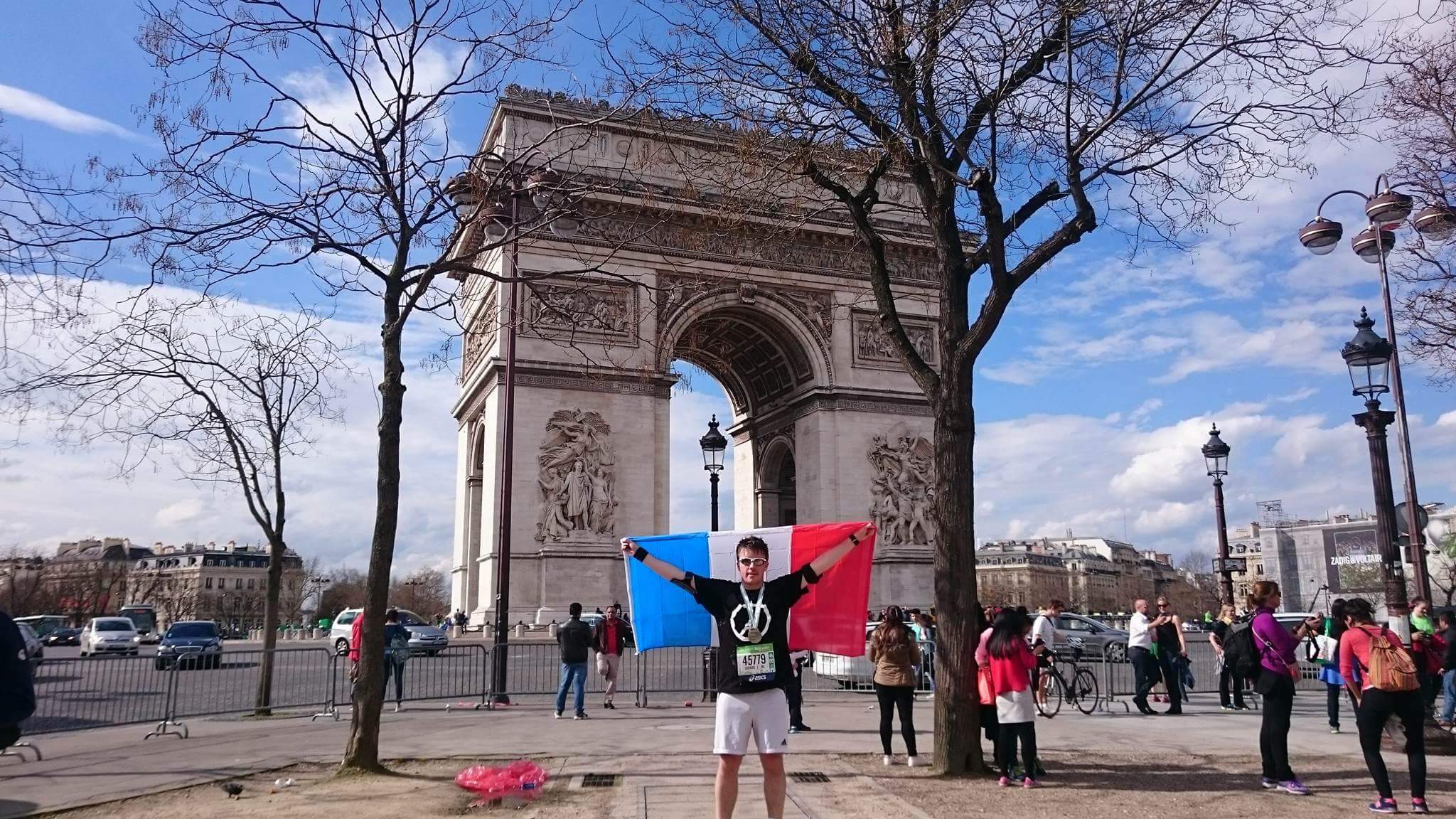 A LOWER Ormeau man is set to complete an epic challenge of five marathons in five different cities in just two months, all for charity.

Gerard Moran, a 27 year-old mechanical engineer who works for AJ Power in Craigavon will finish his marathon challenge next month in Copenhagen on May 22 after taking part in next Monday’s Belfast marathon.

Gerard, who ran his first marathon in his home city in 2014 decided to set himself the marathon challenge to fundraise for five charities close to his heart – Macmillan Cancer, Alzheimer's Society, Welcome Belfast, Guide Dogs UK and the USPCA.

“These charities greatly support causes that have affected not only me, but most of us in some way or another,” he said. “I always did a bit of running and did the Belfast Marathon in 2014.
“I loved it and raised £600 for RNIB (Royal National Institute for the Blind) because my dad was blind and died when I was 15 from a brain tumour.

“The charity was really good to him when I was growing up. I did it just for the challenge.
“Last year I was out watching the runners and it made me miss it. I missed that feeling of doing it and wanted to do something again. I was looking further afield to set myself a challenge and before I knew it, I had signed up for Barcelona, Paris, Rome, Hamburg and Belfast.
“I didn’t think what a big thing it was until I told a few people and decided to fundraise and ended up spreading it across the five charities,” he said.

Gerard is donating 100% of his money raised to the five charities and explained how each one of them is important to him.

“MacMillan Cancer Support speaks for itself because cancer is a disease that has affected most of us,” he explained. “I chose the Welcome Organisation because I had a close friend who was from Andersonstown who committed suicide and his family recommended them, although homelessness didn’t affect me directly I read up about the charity and really liked the type of work they do.
“I chose Alzheimer’s Society because I lost my granny last year to the disease and I chose Guide Dogs UK because of blindness with my dad.

“Finally I chose the USPCA (Ulster Society for Prevention of Cruelty to Animals) because I’m a bit of an animal lover and I’ve always had a thing against animal cruelty,” he added.

Gerard was set to take part in the Rome marathon on April 10 but was forced to miss it and recently signed up for the Copenhagen event next month to ensure he had a fifth marathon to complete his epic challenge.

“Unfortunately I missed my flight to Rome by ten minutes because of traffic on the way down to Dublin and due to air traffic control strikes I couldn’t get another flight to Rome for the marathon on the Sunday afternoon,” explained Gerard.

“I was devastated but it seemed like it happened for a reason. It was the one I was looking forward to the most because I’ve never been to Italy before but I will definitely be doing it next year.

“I knew I was going to do a fifth one, so I signed up for Copenhagen next month.

“I was hoping Belfast would be the homecoming but that’s life,” he said.

Gerard admits the marathon challenge has been tough and an injury before Paris did not stop him taking part.

“It’s been tough. The training was intense and required a lot of discipline.

“Once you have trained for the first one, it sets you up for the rest. I got a calf injury a week before the Paris marathon but I knew I had to do it. It was ten times harder and took me 40 minutes longer than the rest.

“I was aiming to be under four hours for the last one but the injury set me back but as long as I keep improving I’m happy enough.

“Hamburg was my best time 4:19:59 and I’m looking forward to completing the challenge with Belfast and Copenhagen to go.

“The support from family and friends has been great. It was a tough few weeks especially with working full-time.

“It’s made me realize that it was a bigger deal than I thought.”

Gerard has raised £850 so far and you can still donate to his marathon-athon at https://www.gofundme.com/5marathons.