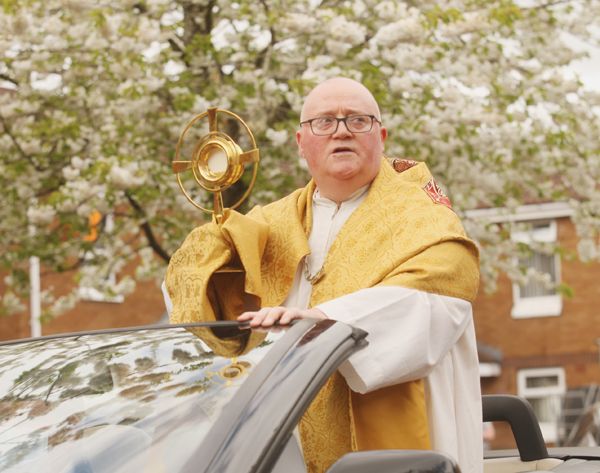 A WEST Belfast priest has doubled down on his call to vote for anti-abortion parties, including Aontú and DUP, in the May 5 Assembly Election.

The Down and Connor Diocese said "every human life is worthy of respect", but added that the Catholic Church "does not endorse any political party".

In a statement released on social media, Fr McCafferty reiterated endorsement of Aontú, adding that he will give the DUP a second preference vote.

"I repeat and I reiterate, unapologetically, loud and clear, my appeal to faithful Catholics do not vote for pro abortion politicians and their political parties," he said.

"I have every right to make that appeal and to offer such advice and, not only is it my right, but it is, most of all, my duty before God. It is what the Lord expects of me.

"I am calling on the People of God to reject the evil of abortion and those who promote and support it on May 5th."

He continued: "I am voting for Gerard Herdman who is the Aontú candidate for West Belfast. Let me make it clear, however, if it was a choice between the DUP and Sinn Féin, between the SDLP and TUV, the DUP and TUV would get my vote! In fact, I intend to give the DUP my second choice.

"The lives of innocent children are far more important than a 'United Ireland' and 'orange and green', 'tribal' politics. I will support those who will uphold the sanctity of human life. I will stand with them. Opposition to evil I hold in common with them.

"I appeal to my fellow Catholics to do the same. I make no apologies for doing so. I don’t care who is pleased or displeased."

He urged Catholics not to give any preference vote "to any pro abortionist".

The Down and Connor Diocese said the Catholic Church "has consistently taught that every human life is worthy of respect and care from the moment of conception to natural death".

However, it said the "views and opinions expressed by Fr Patrick McCafferty were communicated in a personal capacity."

"The Church encourages every citizen to exercise their right to freely vote with an informed conscience," the statement said.