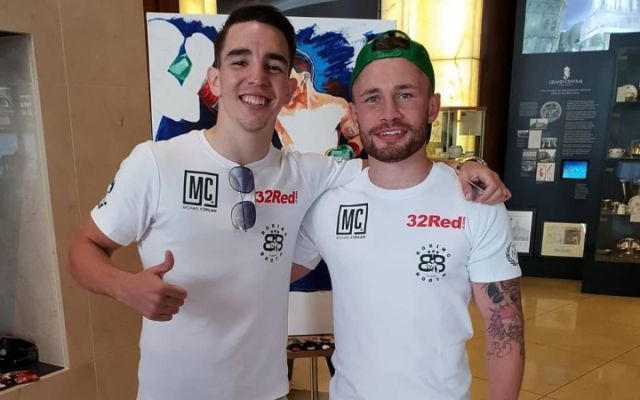 THE BT Sport studios in London will host the return to action of Carl Frampton and Michael Conlan on August 15, as the pair aim to take another step towards world title opportunities.

It will be new surroundings for the pair who are used to fighting in front of huge crowds as professionals but will do so next month with no fans in attendance.

Frampton had hoped to take on WBO super-featherweight title holder Jamel Herring in Belfast this summer, but the shutdown of sport put that on the backburner with Herring since falling victim to two positive tests for Covid-19 in recent weeks to put his own return on ice.

'The Jackal' last fought back in November when dominating Tyler McCreary in Las Vegas in what was his first move towards competing at 130lbs and will know nothing but victory will do against Vardanyan who has won six in a row since the lone defeat of his career.

“I'm excited to get back in the ring, especially as I was unsure at the start of this lockdown about whether I'd get the chance to fight this year at all,” Frampton said.

"The Jamel Herring fight was meant to happen in the summer but got ruled out, so this is a fight that keeps me busy and keeps me active. Hopefully, I get the win here, and then we can have the Herring fight for the world title later this year or in early 2021.”

For Conlan, it has also been a long wait since his proposed fight on St Patrick's Day in New York fell by the wayside due to the Covid-19.

He last boxed back in December when defeating old foe Vladimir Nikitin, avenging that controversial reverse from the Rio Olympics.

He too was due to fight on home soil this summer at the Falls Park during Féile an Phobail, but again circumstances forced the cancellation of what could have been his first crack at a featherweight world title.

Instead, he will stay active against Takoucht, who in his most recent contest challenged Josh Warrington for the IBF featherweight world title.

This will be another test for the West Belfast man who may get the title fight he craves either late in the year or next spring, so victory is vital to those hopes.

"I'm delighted to be back boxing again. I haven't stopped training throughout lockdown, so I'm coming in prepared, and I expect to put on a big performance,” Conlan said.

"I'm interested to see how it will be fighting in front of no fans, but I've done it before in the amateurs, so experiencing that again is something I'm looking forward to.”