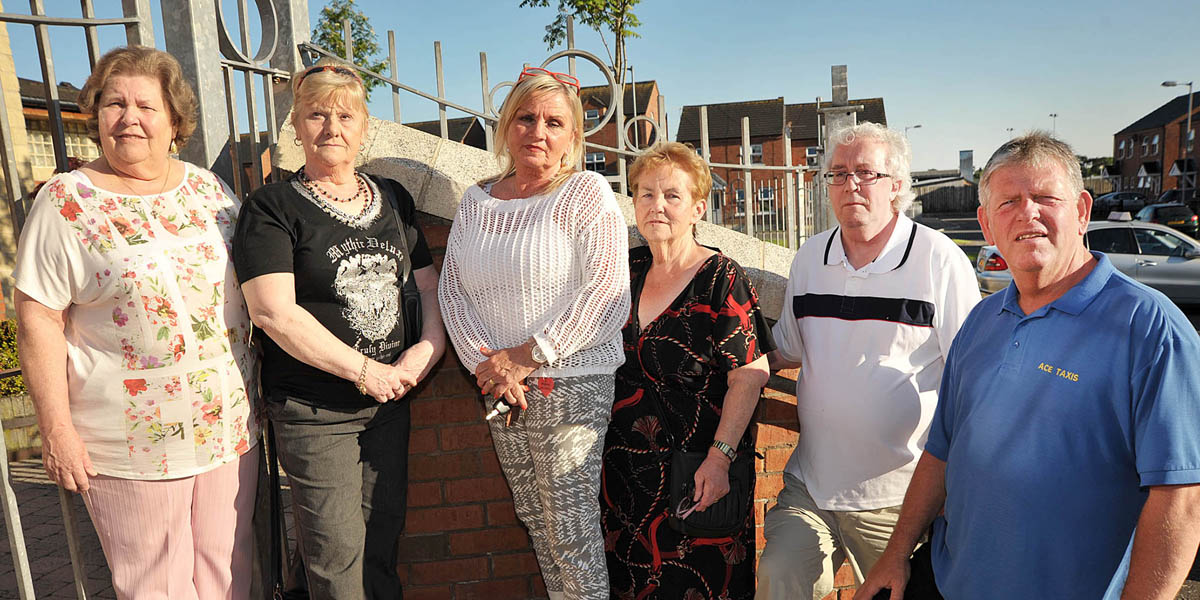 A group of women from West Belfast have described their hellish experience on  what was meant to be the holiday of a lifetime.

Mount Eagles resident Patricia Murphy said the week-long Island Escape Cruise had been a joint 40th wedding anniversary and birthday present for her and her husband Danny.

“Our children had booked the trip through Thomson Holidays around Christmas time and we had never been on a cruise before,” said Patricia. “It was a chance to tour and see some of the most beautiful places in the Mediterranean and we were to stop off in Spain, Rome and France.

“There was a big crowd of us going, around 40, and we were all so so looking forward to it. We had had a bad two years and this was going to be a chance to chill out and get some sunshine. We were all excited when we saw the ship, it was gorgeous. We were on the sixth floor so it was convenient to everything.”

The group set sail on May 21, and the problems began right away.

“For the first twenty minutes I thought I could stick the motion of the ship. But then the boat really started to sway to the point where I thought it couldn’t be normal. I basically sat and slept upright for the next six nights,” she added.

“Everybody for those first two days basically were confined to their cabin and then on the third day everyone on the ship started to get sick with something to the point where people were having to go into quarantine.

“These ‘Do Not Disturb’ signs started to appear on cabin doors throughout the ship and it got to the stage where we were dubious about eating, we were scared to even try and enjoy our food. How we got off with not contracting the bug was a mystery.”

But things got worse. Patricia said that those onboard were left “badly shaken” after a freak wave hit the ship as the ship left a port.

“I saw the sea starting to swell and the ship starting to go down a bit, I thought to myself, ‘Oh, sweet God, what is happening?’ I went to run as I could see the water starting to come towards the window.

“I thought the water was coming for us and I just started to run but everything came down that boat to meet me, plates, tables, cutlery, food, the fear in everyone’s face was amazing. Everything was going down to the bottom end. There was a fella in a wheelchair sitting just covered in food.

“The staff were petrified, you could see it on their faces. There was a grand piano on its hind legs upturned it was that bad. It was just bedlam before the ship tried to straighten out. We went out to sea lopsided.”

Patricia claims they were told what happened was a “freak wave” or “an act of God” but says she couldn’t get off the ship quickly enough.

“I was never so glad to get on to dry land. It was just a nightmare, I’m still traumatised and it was so upsetting to have to experience it. Everybody is talking about and it could have been dealt with so much better.”

A spokesperson for Island Cruises said: “We can confirm that a small number of passengers sustained minor injuries on the Island Escape during bad weather a few weeks ago.

“Any passengers affected were either treated in the medical centre on-board or in hospital ashore. The ship continued operating as planned.

“Island Cruises would like to reassure customers that their health and safety is our main priority and that incidents such as this are extremely rare. We are sorry to hear of any illness on our cruise ships.

“All possible steps were immediately taken to contain the virus, treat those affected and minimise the disruption to customers on board, the majority of whom remained unaffected.

“The ultimate priority for Island Cruises is the health, safety and comfort of all our customers. We operate stringent health and hygiene procedures in line with industry standards,” the spokesperson added.