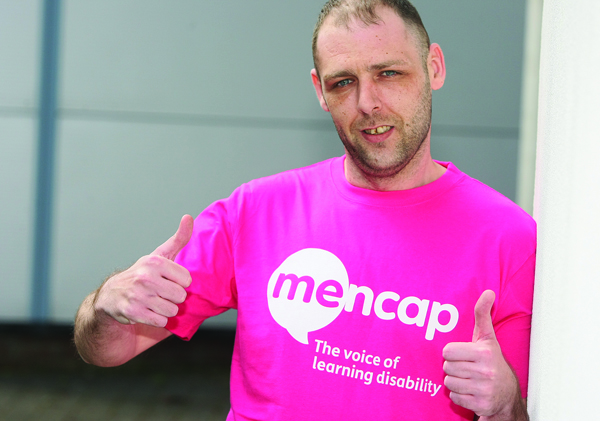 Ciaran Rogan is walking 200 miles to raise funds for MENCAP.

A TURF Lodge man is walking 200 miles to raise vital funds for Mencap, in support of young Daire Flanagan who has Aspert syndrome.
32-year-old Ciaran Rogan left Belfast on Friday night for the huge challenge, walking through the night raising much-needed funds for Mencap, a charity supporting adults and children with learning disabilities.
Speaking to the Andersonstown News ahead of the challenge he explained: “At birth Daire’s mum Colette was told he might not survive the first 48 hours, to this day he's a hero. Daire is a brave young lad who has been through over 40 operations, some being major operations where there could have been serious repercussions, at this stage Daire thrives on life and keeps learning more and more each day.
“Daire has choose Mencap as his charity as they have done so much for him throughout his life. Me
“Last year I asked permission from his parents to set up a campaign to raise funds to make a dream day for him, as Daire’s an Everton fan like myself, mum Colette gave me the thumps up and away we went with the campaign being a huge success.
“What’s happening now for Daire and Mencap is we are going to be running events from now until the end of the season, from skydiving to a sports memorabilia night.
“The main event begins today traveling from Belfast to Dublin by bike then boat to Wales where I will be meeting up with Kevin Carter and hopefully our celebrity – who we won't name. We will finish the journey from Wales to Liverpool by walking just a little of over 200 miles in total. This event will be the last couple of days leading up to the last Everton home game of the season where we will be attending.”
Ciaran is hoping to raise £5,000 for the charity. If you would like to donate visit https://www.justgiving.com/fundraising/daireflanagan-lisafrith