Gaelic Games: Antrim to face Donegal and Down in Dr McKenna Cup 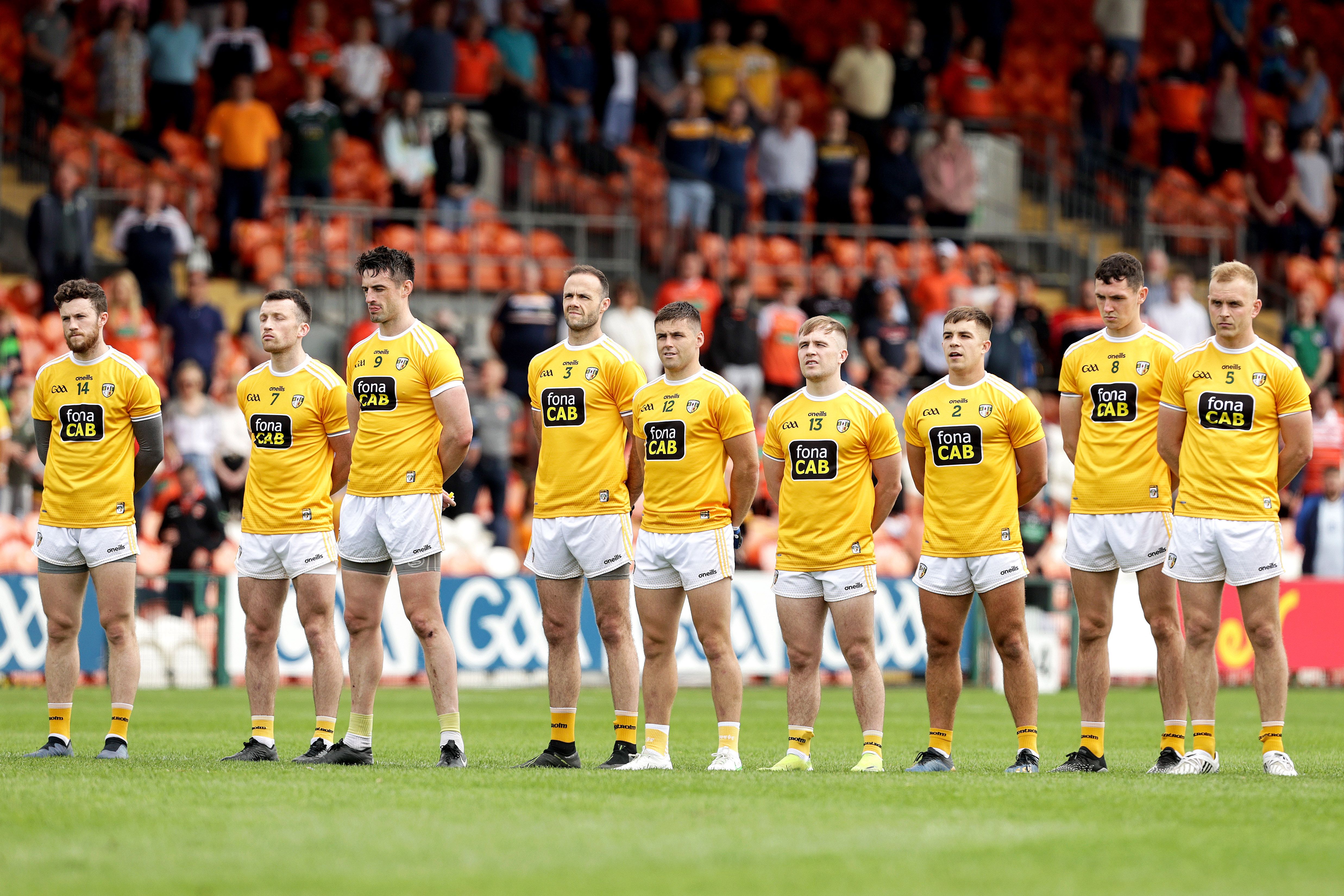 Antrim's footballers will be back in action early in 2022 INPHO

ANTRIM'S footballers have been drawn to face Donegal and Down in Group A  of January's Dr McKenna Cup.

The online draw saw All-Ireland champions Tyrone pitted against Armagh and Cavan in Group B, while Group C is made up of Monaghan, Derry and Fermanagh.

Fixtures will be confirmed in due course with each side playing on two of the dates, while having a bye on the other. The top side in each group will qualify for the last four along with the best runner-up.

The Saffrons won promotion to Division Three of the Allianz Football League last year that begins in late January, so pre-season fixtures against Division One (Donegal) and Division Two (Down) opposition will be a perfect way to prepare for the new campaign.

There was no Dr McKenna Cup this year due to Covid restrictions that also resulted in the start of a condensed League being pushed back, but the 2022 schedule sees the inter-county season return to a sense of normality.

Antrim's hurlers will also be in action early in the new year with Leinster's Walsh Cup pitting them against Dublin, Offaly and Galway in Group A.

Darren Gleeson's charges will open with an away day against the Dubs on Sunday, January 9 before travelling to face Offaly a week later.

They finish with a game against Galway at Abbotstown on Sunday January 23, with the winner of the group advancing to the final where they will face the winner of Group B that contains Kilkenny, Wexford and Laois.

The Conor McGurk Cup, Ulster's hurling pre-season competition is also set to take place in early January with the fixtures and schedule set to be revealed in the coming days.