Gaelic Games: Déjà vu for Dunloy as Slaughtneil remain a step ahead 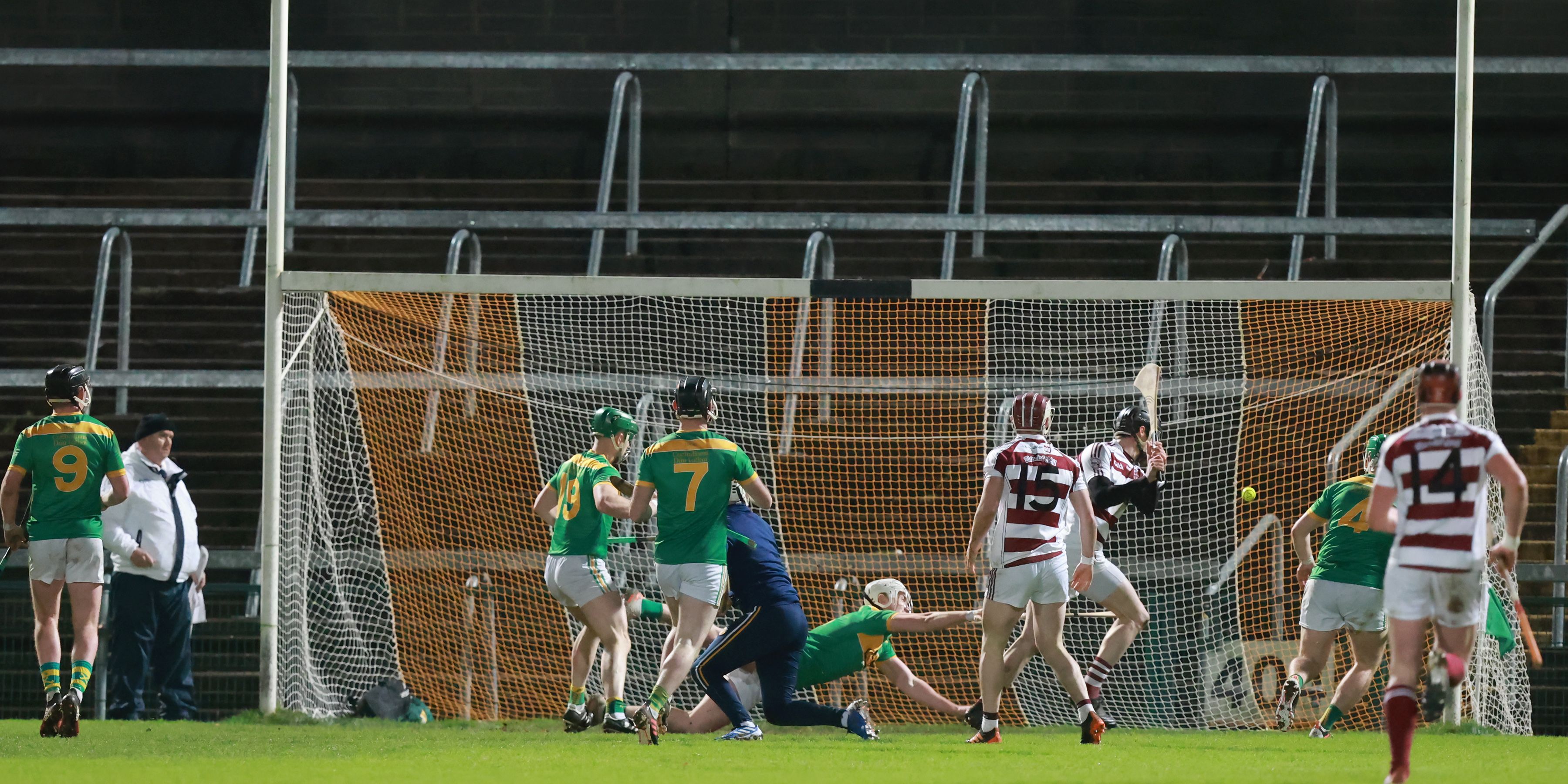 THE more things change the more they stay the same. Slaughtneil had the measure of Dunloy in 2017 and 2019.

At a wind-swept Athletic Grounds on Sunday they again had too much tenacity for the Antrim champions and progressed to this weekend’s Ulster Club SHC final where they’ll face Ballycran at Corrigan Park.

Yet, it was more than sheer doggedness that won out on the day. Slaughtneil have an abundance of quality hurlers too and, in Brendan Rogers, they had the game’s standout player.

His devastating salvo of 1-3 midway through the second half effectively ended the game as a contest after the Cuchullain’s had reduced the deficit back to a single point.

Speaking after Sunday’s seven-point victory, Slaughtneil boss Michael McShane revealed the Man-of-the-Match had been ill in the build-up to the Ulster semi-final.

“What a lot of people didn’t know was that Brendan was quite sick all week. He didn’t train at all, he had a vomiting bug that weakened him.

“So we were a wee bit concerned coming in. I thought it took him until the second half to get to the pitch. But by God once he got up onto his feet he was unstoppable.

“As were a lot of the lads, Meehaul McGrath, Shane McGuigan, Chrissy McKaigue.

“I thought Jerome McGuigan and Sé McGuigan, two men up front on their own, battled so hard. They turned the ball over that got the goal. But everybody worked their socks off.”

The Derry kingpins were Ulster champions for three of the last four seasons before the cancelation of last year’s provincial series due to the pandemic.

They are battle-hardened and didn’t appear fazed by the conditions in Armagh City. Indeed, they probably played better against the wind than with it.

Dunloy, in stark contrast, failed to hit the dizzying heights they reached in their empathic Antrim SHC final defeat of Rossa back in October.

On that occasion, they plundered three first half goals in a ruthless display at Corrigan Park, yet their forward division struggled to impose themselves against a supremely well organised Slaughtneil defence.

Playing against a strong wind, Dunloy took the early lead with points from midfield pairing Paul Shiels and Keelan Molloy while Cormac O’Doherty opened his side’s account from a free

Slaughtneil took the lead for the first time after 15 minutes when Rogers fired over his first point after a free from O’Doherty had brought the sides level.

A brilliant effort from wing-back McGrath then moved McShane’s side 0-5 to 0-3 at the first water break with Dunloy dropping a few efforts short of the target against the elements.

The strength of the wind was evident when O’Doherty fired over a brace of long-range frees while Ryan Elliott was forced to make a fine point-blank save to deny Brian Cassidy with Shane McGuigan salvaging a point from the move.

Another converted free from O’Doherty gave Slaughtneil a 0-9 to 0-3 lead with 26 minutes gone, but the Derry men then missed a hat-trick of chances to add to their tally before the break.

Dunloy took full advantage to narrow the gap back to just three at half-time with vital scores coming from Eoin O’Neill (two) and Kevin Molloy.

With the aid of the wind to come in the second half, Dunloy boss Gregory O’Kane would have been quietly content with his side’s position.

However, Slaughtneil’s relentless pressure took its toll on Dunloy midway through the second half.

The opening 10 minutes after the break saw Dunloy close the gap back to one as a brace of frees from Conal Cunning came either side of an excellent point from Shiels while Brian Cassidy landed his side’s tenth point of the evening at the other end.

On 40 minutes, Rogers landed a classy point from play along the far sideline to put his side two clear once more before O’Doherty knocked over another free.

From the resulting puck-out, Dunloy were caught in possession when Ryan McGarry was turned over by Sé McGuigan and Jerome McGuigan sought to capitalise with a quick pass inside to Cassidy.

The corner-forward went to ground when tackled by Ryan Elliott, but managed to off-load to Rogers who fired into the net to move his side 1-12 to 0-9 ahead.

Moments later, Rogers was afforded far too much space and he riffled over another point before Cunning landed a much-needed free at the other end for Dunloy.

Yet, with both Shiels and Molloy appearing to be struggling with knocks in midfield, Rogers powered through the centre and scored his fourth point from play with 12 minutes of normal time remaining.

It felt like the game had slipped beyond Dunloy’s grasp, but the accuracy of Cunning from placed efforts kept them in touch.

McGrath and Seann Elliott exchanged pointes with Cunning and O’Doherty also adding to their free-taking tallies.

With time against them, Dunloy were in dire need of a goal and they almost plundered one in extraordinary circumstances with a long delivery from Ryan Elliott evading everyone before the sliotar bounced up against the crossbar.

Slaughtneil closed the game with back-to-back points from the industrious McGrath and substitute Jack Cassidy and they’ll take on Down champions Ballycran in Sunday’s Ulster decider at Corrigan Park (1pm).

For Dunloy, their wait to regain the Four Seasons Cup goes on and their defeat means that, as was the case in 2017, no Antrim teams will compete in the Ulster club hurling finals at any grade this season.